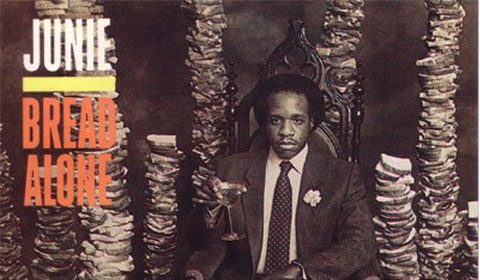 Funk legend, Walter “Junie” Morrison, a Dayton, Ohio native producer, writer, keyboardist, vocalist and founder of the legendary funk band, The Ohio Players, has died at the age of 62.

Morrison is considered one of the undisputed originators of funk and his influence has been felt not only in that genre but also spread to R&B and rap. He was also collaborated with fellow funk legend George Clinton and was a member of Parliament-Funkadelic during a period of its greatest hits that included “One Nation Under a Groove,” “Motor Booty Affair” and “Gloryhallastoopid.”

His time with the Ohio Players gave the world hit such as, “Pain,” “Pleasure,” “Ecstasy,” and the oft-sampled “Funky Worm.” News of his death was greeted with great sadness and on the official Ohio Players Facebook page, James “Diamond” Williams posted: “It is with great sadness that the Ohio Players have lost on this earth another one of the original members of the band Walter “Junie” Morrison. When I got in the band in 1972 he was my roommate on the road and a brother in law, at one time being married to my wife’s sister. The voice of granny in the funky worm, an incredibly talented individual. He left the band in 1973 only to hook up with George Clinton and that group called Parliament. RIP PLAYER 4 Life. We send our condolences to his family and his friends and fans.”

Morrison, when he was with Funkadelic, co-wrote “One Nation Under a Groove,” in 1978 with George Clinton and guitarist Garry Shider. It was the group’s biggest hit — reaching No. 28 on the Hot 100 chart. HIs role with the group also included music director and laid the foundation for funk grooves that have been sampled many times by some of today’s top artists. George Clinton wrote about Morrison in his 2014 memoir Brothas Be, Yo Like George, Ain’t That Funkin’ Kinda Hard On You? “He could do it all, and if you weren’t careful, he would. When he made a record, his preference was to put down the bass, then the guitar, then the keyboards, then the drums. That was fantastic for demos. He could do brilliant things while you weren’t looking. … With Funkadelic, he put himself back in the group environment, and it started to pay dividends immediately.”

In 1997, Morrison was inducted into the Rock and Roll Hall of Fame as a member of Funkadelic. Musician Questlove perhaps summed up Morrison’s impact the best with an Instagram post: “All the Ohio Players’ Westbound-era funk that birthed [D’Angelo’s] Voodoo and Black Messiah: Junie. Those adlibs on Hov’s ‘Brooklyn’s Finest’ and Tribe’s ‘Scenario’ remix is Junie. All the Warner-era Funkadelic songwriting wizardry … even Parliament’s Motor Booty Affair and GloryHallaStoopid. … His ideas birthed and ushered in the G-Funk era (all that synthy ‘Funky Worm’ synth y’all associate with gangsta rap/Dre’s sound? That’s Junie Morrison) … This man was an uncelebrated, unsung, un-championed [man] whose ideas we just took and took and took. I regret so much not having a ‘proper’ conversation about his journey. His songwriting. His technology innovations. Man. This stings. R.I.P., Junie.”