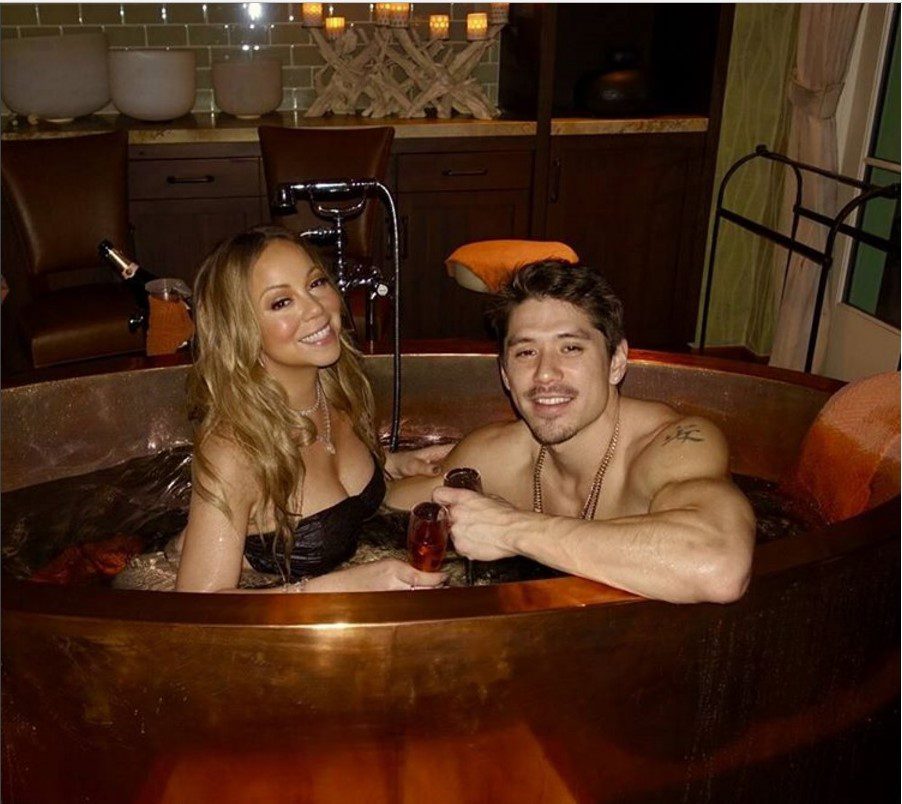 It’s only been a few months since Mariah Carey’s major split from her billionaire ex-fiancé James Packer, but it looks like the megastar singer hasn’t lingered at all on the past because she recently annonuced that she’s already moved on to a new romance with her backup dancer Bryan Tanaka.

As previously reported, reports have been swirling around the tabloids for weeks that Carey and Tanaka are an item but it wasn’t until a recent interview that Carey finally revealed that the rumors are true. However, Carey insists that she learned from her controversial split with Packer to stay as mum as possible about her love life.

While Carey didn’t want to talk too much about her romance with Tanaka, she did open up about her new heartbreak anthem, “I Don’t,” featuring rapper YG and hinted, as we all assumed, that it is about her breakup with Packer: “We got together and did the song in like a day and the video the next day.”

She also addresses the infamous scene in the video in which she throws a wedding dress that looks suspiciously like the one she would’ve worn to her wedding to Packer into a pit of flames. Many fans assumed it was indeed her $250K wedding dress, but Carey denies that she would ever destroy a gown that expensive.

“It was fun and it wasn’t that very expensive one that they think it is,” she explained. “You shouldn’t be wasteful, so I’m going to do something with charity and wedding dresses, I think.”

Well, we’re glad that Carey didn’t destroy such an expensive dress and we’re happy that she’s moving on and has found a new man.