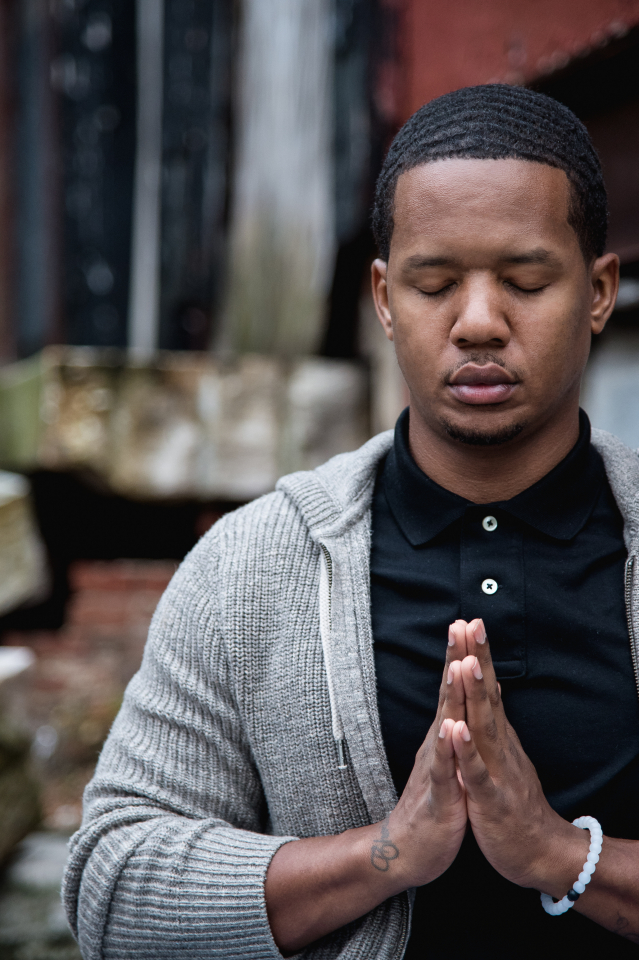 Mental illness is a disorder that affects many Black families directly and indirectly.

Quentin Vennie is a young man who battled low self-esteem and the feeling of abandonment. At the age of 14, he was diagnosed with anxiety and depression. Many who are suffering mental disorders opt not to seek medical attention. Though Vennie sought medical treatment, he struggled for years with prescription drugs and alcohol dependency.

Vennie chose not to succumb to his demons. According to Vennie, he shouldn’t be alive. Vennie is one of the fortunate few to make it to the other side of a dark journey of mental illness, drugs and street life.

Rolling out spoke with Vennie about his struggles, his new job as a mentor and advocate for mental illness as well as his forthcoming memoir, Strong in the Broken Places: A Memoir of Redemption Through Wellness.

In your opinion, is there a connection with mental illness and prescription drug abuse. If so what is it?

Yes, I believe there is a link between mental illness and prescription drug abuse, due to the over-prescriptive nature of Western medicine. All mental health disorders don’t necessarily need to be treated with medication. Some can be managed by behavioral modifications and cognitive therapies. Not to mention, the biological, social and environmental factors that can severely impact in a person’s likelihood to become an addict are rarely considered when doctors prescribe medication. Addiction itself can be considered a mental illness due to the impact and changes in brain function that disrupts a person’s general needs and desires, resulting in compulsive behaviors that supersede one’s own moral compass and potential consequences associated.

When did you realize you were dealing with mental issues?  Was your family receptive? Did they seek help?

I was first made aware that I was dealing with mental health issues when I was 14. I’d been experiencing episodes of extreme panic — heart palpitations, hyperventilation, increased heart rate and dizziness. My mother took me to see a therapist, who then diagnosed me with acute anxiety and mild depression. They wanted to put me on Prozac, which my mother declined. My mother had been working in the medical field for quite a few years and had experienced more negative effects of psychological medications than positive ones, especially during the ’90s, and was hesitant to put me on anything at such a young age.

At the time, my mother and I were both unaware of what “anxiety” really was and how it could be managed without medication. Unfortunately, the doctor didn’t do a great job explaining it and simply kept pushing medication as the only treatment option. Mental health was something that no one ever talked about in my family or in the Black community, but even with a limited amount of information we still believed it was something that could be managed without medication.

When did you realize you were dependent on drugs and alcohol?

I realized that I had a drug and alcohol dependence after an incident where my close friend found me passed out in my car. I had just been at a party he was hosting and I had left the party earlier than expected and didn’t tell anyone. I had taken a few pills and drank an entire bottle of wine prior to leaving my apartment, then continued to drink while at the party. I had obviously attempted to drive home, but ended up passed out in my old neighborhood — car off, windows cracked, keys in the ignition, doors unlocked. This was one of the most dangerous neighborhoods in West Baltimore and I was completely vulnerable.

He ended up carrying me into his mother’s house. The next day he and I had one of the most serious conversations we’d ever had in our 20-plus years of friendship. He put a mirror up and showed me who I had become. But just like most addicts, I thought that I was in control. I had no idea of the impending “rock bottom” that was awaiting me.

Describe a day in the life of a person struggling with mental illness and codependency of prescription drugs.

I describe mental illness as this: “Some days I think I can conquer the world, but then reality reminds me that I can’t.”

My days would start out with 3-4 pills before breakfast before I brushed my teeth — before I did anything. Each moment I was fighting to escape reality. My thoughts became my enemy; my fears were like slave owners controlling my every move. I was constantly chasing a feeling that was continually evading me. My behaviors were all based on trying to find a place of fleeting complacency. By noon, I would have consumed close to 4 times my prescribed daily allowance. I was a highly functioning addict, so I was very accomplished professionally, but feeding my addiction had taken precedence over my personal life. Everything revolved around my medication because my medication was supposedly protecting me from my disorder. It was a domino effect.

Being a recovering drug user what was the turning point for you. What advice can you give to someone facing mental illness and drug addiction?

As a recovering drug user, my turning point came after my second failed suicide attempt. I realized in that moment that my life obviously had meaning because even left to my own vices I failed at ending it. I felt like God was telling me something and I needed to humble myself in order to listen to it. From that point, I stopped spending so much time questioning God and why I was going through what I was going through and started focusing on my ability to overcome my demons.

My advice for anyone dealing with mental illness and/or drug addiction is to realize their own power. We often put more stock in our substance of choice, or the illness itself, and less in our ability to challenge them both. I firmly believe that we are stronger than our greatest challenge, and we all possess the ability to be redeemed. But first, we have to believe it completely!

Are there any stigmas affecting the Black community in regard to mental illness and prescribed drug abuse?  If so, what is it and what are some steps we can do to change the stigma.

One of the greatest stigmas affecting the Black community as it pertains to mental health is the belief that having a mental health disorder constitutes weakness. By default we’re taught to be “strong” and unwavering; to never show emotion. The downside to that is that it creates a false sense of self-awareness and ultimately leads to more suffering— silent suffering. Since slavery, we were forced to just “deal” with the trauma and suffering we endured. We didn’t have options then, but we do now!

As of 2014, it was reported that African Americans made up approximately 13.2 percent of the U.S. population and of that, over 16 percent had a diagnosable mental health condition. That’s over 6.8 million African Americans, and those were only the reported cases.

In order for us to end the stigma of mental health and prescription drug abuse in our communities, we need to be more vocal about our experiences and the suffering associated with them. We need to be able to rely on the experiences of one another and be receptive to treatment, as well as to being receptive to being vulnerable. Vulnerability doesn’t mean weakness, it means strength. It takes a strong, confident person to be vulnerable. We need to trust that our vulnerability will yield answers and results to our deepest, darkest problems. Unity is the answer to any equation!

What else can individuals and communities do to stop the prescription drug plight?

I believe, by giving individuals and communities healthier food options that are both, convenient and cost effective is a step in the right direction. Most underserved communities are food deserts, meaning they are void of grocery stores, farmers markets and other health food stores that provide a variety of fresh fruits, vegetables and other healthful whole foods. Growing up, I remember there being only one grocery store in my community, and barely anything in the produce section was fresh. The lettuce was browning, the celery was flimsy— nothing looked appetizing or inviting. As a result, we’d get canned fruits and veggies to suffice.

On the flip side, I can count at least three Chinese carry-out restaurants, two pharmacies, three liquor stores, a pizza shop, a McDonald’s and a Burger King, and at least four chicken box/sub shops within 10 minutes of each other. Without healthier food options and other healthy activities present, the need for prescription drugs will only increase. When’s the last time you saw a community center offer free yoga classes, nutrition classes or meditation classes in an underserved community? I haven’t either. We’re finally getting yoga into the school system, that’s a start, but we still have a lot more work to do. Remember, the community is only underprivileged because it is underserved, both economically and developmentally, so in order to keep people from taking prescription drugs, we first have to take away their reason for doing it in the first place.

What is one thing you would like to accomplish in the fight?

One of my main objectives in this fight is to help people realize that they have the God-given ability to overcome any obstacle they face, whether mental health, addiction or otherwise and to provide them with actionable takeaways that they can immediately apply to their lives. I am not the solution to anyone’s problems, I am simply a messenger of possibility. I’ve learned that it’s OK to not always be OK, but it’s not okay to give up fighting. Because of that mindset, I have been very vocal about my experiences as a mental health survivor and the steps I took to save my life.


Posted in Health and tagged drug abuse, mental illness, Quentin Vennie, Strong in the Broken Places: A Memoir of Redemption Through Wellness