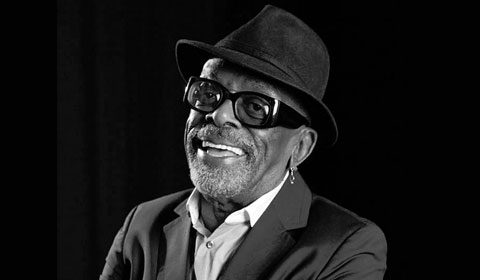 Leon Ware, one of R&B and pop music’s most famous singers-musicians-songwriters, has died and music has lost a true legend that was widely respected and emulated.

Ware was a Detroit native and was at the forefront of soul and R&B for decades. He gained fame first in 1967. It was then that he worked with the Isley Brothers and co-wrote the song “Got to Have You Back.” He soon became a sought after musician and worked with Ike and Tina Turner, co-writing six songs on their 1971 album, Nuff Said. That album reached the Top 40 R&B charts and crossed over into the pop charts. He soon found himself collaborating with Michael Jackson, writing the hit “I Wanna be Where You Are” on Jackson’s seminal early album Got to be There.

This success led to a long relationship with the United Artists label and many of its artists. During the 1970s, he worked with music legends such as Donny Hathaway and the Miracles, Quincy Jones, The Average White Band, Minnie Riperton and Marvin Gaye, writing hits that were noticed by legendary producer Berry Gordy.  The songs he wrote for Gaye were released on the album I Want You, which hit #1 on the R&B charts and was among the top 10 on the Billboard charts, selling at least 200M copies worldwide.

Ware released several solo albums that did not reach the same level of success as his songwriting work with other artists. Undaunted, he continued to write for classic R&B artists that included Teena Marie, Jeffrey Osborne, Loose Ends, James Ingram, Melissa Manchester, Krystol, Bobby Womack and Lulu. Ware also worked with singer Maxwell and produced his 1996 debut album, Urban Hang Suite. This album ushered in the neo-soul genre, which continues to be popular with today’s artists and audiences, as well as being heavily sampled by rap artists. His music was sampled by 2Pac (“How Do U Want It”), Das EFX (“They Want EFX”), Curren$y (“Crawfish”) and De La Soul (“Foolin’”) and many others.