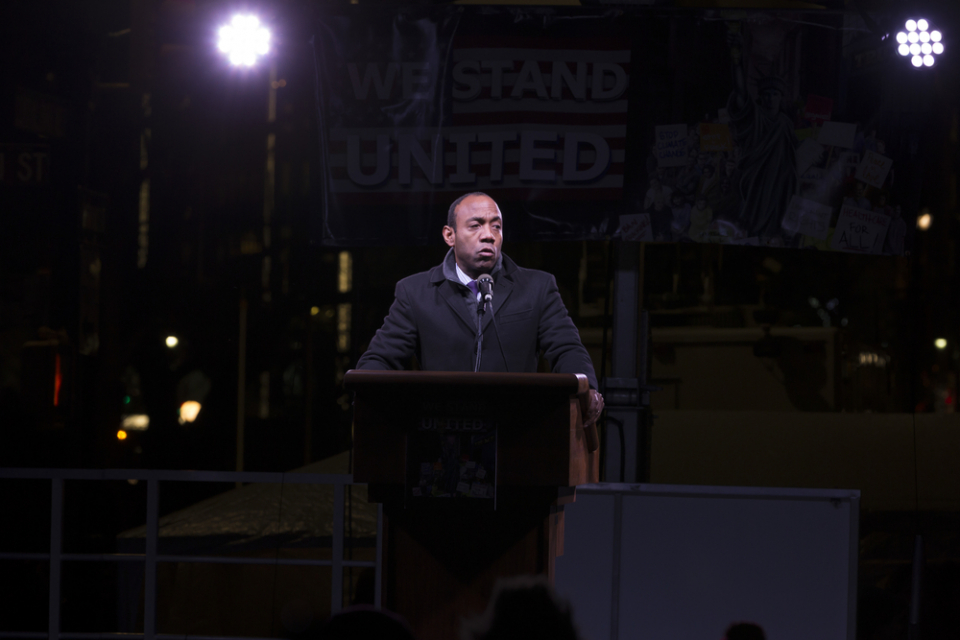 Today, Paul Ryan had to break the news to President Donald Trumps regarding the new health plan: “We don’t have the votes.” Trump has been on a mission to repeal “Obamacare” and it’s not working.

Prior to the passage of the Affordable Care Act (ACA or “Obamacare”), major disparities existed between communities of color and White populations in access to coverage for healthcare. While equity in health insurance coverage still hasn’t been achieved, since the passage of the ACA all racial groups have seen lower uninsured rates and some progress towards lowering the gap. Health coverage increases access to health care including preventative care. 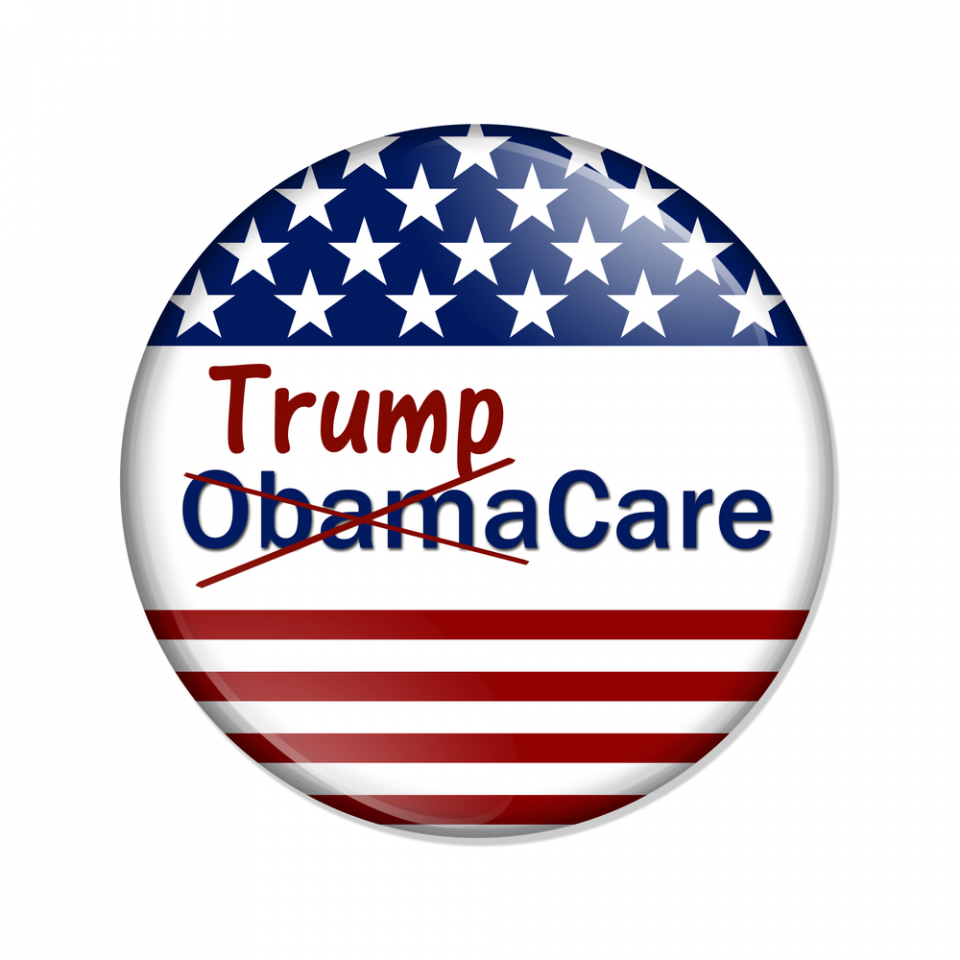 Communities of color face disparities in chronic conditions. 39% of American Indians and Alaska Natives were obese compared to 28% of Whites. 17% of black children have Asthma, compared to 10% of Whites. Hispanics have a 25% higher heart disease death rate than Whites. Asian Americans, Native Hawaiians and Pacific Islanders comprise 6% of the US population, but nearly 60% of its Hepatitis B case. Yet the repeal bill would revoke the Prevention and Public Health Fund, which has provided millions of dollars in grants and immunization programs focused on prevention services through the Centers for Disease Control, including through the Racial and Ethnic Approaches to Community Health (REACH) program.

Thursday, March 23, 2017 marked the seventh anniversary of the passage of the ACA. While we were granted a temporary reprieve from a vote, we were not offered a proper opportunity to laud the advancements the ACA made for communities of color. Today, we again, hope against the potential vote to repeal the ACA with a substandard replacement.

Below the Anchors recognize the remarkable increases in insurance coverage for all Americans under the ACA, and ask Congress to serve in the interests of its constituents by treating health insurance and care as a right that shouldn’t be legislated away.

Below the Anchors recognize the remarkable increases in insurance coverage for all Americans under the ACA, and ask Congress to serve in the interests of its constituents by treating health insurance and care as a right that shouldn’t be legislated away.

“The Affordable Care Act was a major step forward in advancing access to healthcare for Asian American, Native Hawaiian and Pacific Islander communities. Seven years after this landmark legislation, we should be celebrating and building on its achievements, not putting millions of lives at risk through repeal.”

“It is unconscionable that on the anniversary of the Affordable Care Act – which enabled millions of people to finally get affordable, quality health insurance and care – that Congress would vote to jeopardize their health and newly found peace of mind,” said Tamara Draut, Vice President of Policy and Research at Demos. “This proposal is really just a tax cut package disguised as a health reform bill. In the first decade alone, the AHCA, or Trumpcare as it is now known, will cause an estimated 24 million people to lose their health insurance. At the same time, the proposed legislation would deliver roughly $600 billion in tax cuts to affluent individuals and health insurance companies. This is unacceptable. Health care is a human necessity and should be considered a universal right in our democracy. Trumpcare takes our nation in the opposite direction, with dire consequences for the economic and physical well-being of millions of Americans.”

National Association for the Advancement of Colored People (NAACP)

In a healthy democracy, the poor and vulnerable are protected and covered, not dismissed in favor of the wealthy and powerful. The Affordable Care Act helped to cut in half the number of uninsured African Americans, while providing health coverage for an additional 20 million people. President Trump’s new plan replaces empathy with draconian cuts and strips 24 million Americans of coverage while slashing $880 billion from Medicaid. Repealing the ACA is not only the wrong prescription but a potentially fatal measure for our entire nation. –Cornell Brooks, President/CEO NAACP

“The proposed cuts to Medicaid will have a dramatic negative impact on the delivery of healthcare to Native Americans across the United States affecting approximately 475 of the 567 tribal governments in the United States who reside in states that have already adopted Medicaid expansion programs. Healthcare for Native Americans is not a benefit to be traded or negotiated away – it is part of the trust responsibility that the federal government owes to tribes in return for the millions of acres of land ceded to make the United States what it is today. Ensuring that Native Americans have quality, readily accessible healthcare that enables our communities to address serious health disparities is not an option. It is an obligation.” –Jacqueline Pata, executive director, National Congress of American Indians

Earlier this week, House Republicans released the American Health Care Act (AHCA), a proposal to repeal and supposedly replace the Affordable Care Act (ACA). Despite multiple claims from Republican members of Congress and President Trump that they would lower costs and provide health care access for all Americans, the AHCA does exactly the opposite. The National Council of Asian Pacific Americans opposes the American Health Care Act because of the harm it would inflict on Americans, including the Asian American, Native Hawaiian and Pacific Islander (AANHPI) community.

“More than four million Latino adults and more than 600,000 Latino children have gained health coverage in the two years after the ACA was implemented. These gains are now at risk,” said Janet Murguía, President and CEO, NCLR. “The ‘American Health Care Act’ will drop millions of children and working families from their Medicaid programs and dismantle health care as we know it. Based on their plan, House Republican leaders would prefer that our families go back to a time when their children’s next medical emergency meant the possibility of filing for bankruptcy over unpayable medical bills. This will prove costly —politically, economically, and most of all to the health of our nation.” –Poverty & Race Research Action Council

ACA has helped our country take the first step towards equal access to healthcare for everyone – regardless of race, ethnicity or income. Many of those who would lose their coverage are doubly embattled, as their communities continue to fight against the unequal environmental burdens that contribute to disproportionate health outcomes. Hazardous materials disposal sites, municipal waste facilities, power plants, and other sources of pollution are all disproportionately located in racially and ethnically identifiable communities of color. Residents of segregated communities are significantly more likely to experience high-volume releases of toxic chemicals, to breathe high concentrations of harmful air pollutants, and to live in chronically substandard housing with multiple asthma triggers as well as lead hazards in paint, dust and soil. Our nation should now be moving forward toward a vision of healthy neighborhoods and quality medical care for everyone. Instead, on the seventh anniversary of legislation that improved the quality of life for millions, we are fighting to save it and protect the basic right of everyone to have equal access to healthcare. –Megan Haberle, Director of Housing Policy