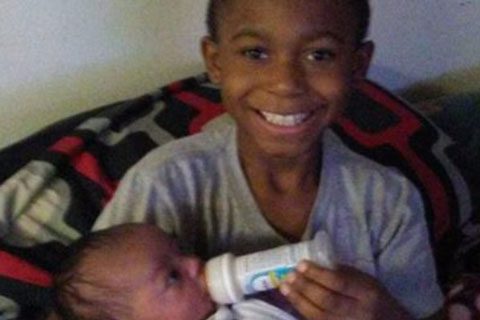 The trend of senseless violence against children in Detroit has struck again with the shooting of Malik Cosey, 9, this past weekend. The straight-A student was waiting in a parked car with two other children to go to the movies with his uncle and cousin. It was then, police and witnesses say, that a gunman in a Dodge Magnum pulled alongside the car and shot into the vehicle hitting Malik in the head, before speeding away.

Despite his injury, he was able to get out of the car and summon help and was later transported to a hospital in critical condition. After emergency surgery, he was placed in the intensive care unit but according to his mother, Ciera Milo, he is conscious. Malik is now out of the ICU and is no longer in critical condition but the damage to the child is serious. His mother says he has lost the vision in his right eye and has a significant injury to his face. “I’m glad people [are] keeping my son in their prayers cause God was not through with my baby yet. Just keep him in your prayers and he’s gonna pull through,” she said.

Police are searching Detroit for the gunman and have asked the public for help in its investigation. Fortunately, the other two children in the car with Malik were uninjured. His mother expressed frustration over the shooting, “Malik is a good kid. He didn’t deserve this. Don’t no kid deserve this. … My baby gotta suffer the rest of his life and you just out there free.”

A GoFundMe account has been set up to cover medical expenses for the family and so far has raised $8,199 of its goal of $10K.