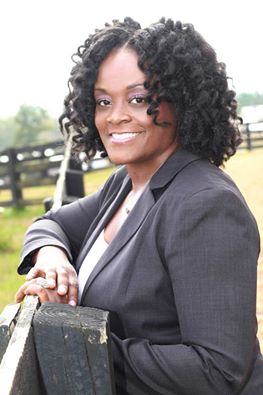 The BET series “Rebel“ has taken off like a rocket. The show, which debuted on March 28, has been doing extremely well in the ratings. If you haven’t had a chance to watch the show just yet, you have to catch up soon. The show is a police drama that examines the unique and conflicted relationship that officers of color have with their jobs. The lead role of Rebecca “Rebel” Cole is played by Danielle Monet Truitt and is set in modern day Oakland, Califoria. Rebel is a “play-by-the-rules” type of police officer that knows she must be better and smarter on her job because she’s a double minority: a Black female. All that changes after Rebel’s brother is killed by her own police brethren, and she becomes a private investigator to avenge his death.

On the show, you’ll also find that Rebel loves to perform poetry. Rolling out had the chance to talk with the person responsible for writing the poetry that Rebel recites, Nikki Skies. Skies is the masterful poet responsible for Rebel’s poetic lines. We talked with Skies about her role with the show, how attending the HBCU Grambling State University has helped her career, and how she overcame stage-2 breast cancer to be where she is today.

Your journey into Hollywood is quite unique.  Tell us about what you do and how you broke into Hollywood.
My first love is theater. I’ve been in theater as well as writing in journals since I was a little girl. I continued both while studyingtheatere as an undergrad at Grambling State University and for my graduate studies at Howard University Film School, I focused on Screenplay Writing. When I first moved to Los Angeles, I tried the acting track with getting an agent, auditions, etc. but things weren’t moving fast enough. To stay sharp with my craft, I took my poetry writing to the stage as a performer and the rest is history. The art of poetry readings had never stopped but performance poetry as far as booking feature shows and getting paid was on the upswing in LA and luckily I was a part of that. While I did continue writing and acting in theater, my main focus was working as a poet and having the opportunity to work with some of my sheros and heroes in the literary world. I was able to travel the country and not only perform but also facilitate workshops and speak to encourage other writers.

Tell us about what you do with the drama series “Rebel.” How did you land the job?
For “Rebel,” I write the poetry for the show and I’m an actor. The lead character parlays as a poet, and while the writing team could’ve written the poetry themselves, the executive producer and showrunner, Randy Huggins, dropped my name on the table. Randy and I know each other from Grambling State. He has supported my theater projects and poetry features in LA over the years so he was familiar with my work. Preparedness met opportunity, and I got the gig.

Tell us how attending an HBCU has helped your career.
In so many ways! Here’s a great example, a high school friend and I both went to college to study theater. She went to a predominately white university and I went to an HBCU. By the time we were junior years in college, I remember us discussing that she had pretty much become a costume designer while I always had a choice to act, write, direct, do costume design or set design. An HBCU environment provided me the cultural tools to explore and express myself as an artist. Anyone can learn about the Harlem Renaissance and the Black Arts Movement but those lessons being given to you in the text of “us” and “we” is a different playing field.  It’s a confidence booster. I was surrounded by people and art that looked like me and shared the same vernacular.  Going to an HBCU was a learning experience that was inclusive of me as an African American and a woman in studying the arts.

You’re a poet, actor and writer. Tell us about your writing styles as a poet and a writer.
I don’t have one particular style as a poet. I’m very mindful not to place adjectives in front of the title “writer”. For your work to be critiqued, others have to box you into a category so I let them have at it. When I do write, the style of poetry I use depends on the voice of the words and the direction of the message. As far as creative writing, I primarily write fiction. I love folklore and prose as well.

What books have you written ?
My first book, Mississippi Window Cracks, which is a collection of six stories based on different locations in Mississippi, turned ten years old this year. And my first novel, The Town Dance was published in 2015 and tackles the subject of same-sex assault. I also have two books of poetry and prose, Pocket Honey, Wind & Hips and Yardwork. And I haven’t left my love for the theater. My latest play, Hope’s Return,” has been produced a few times over the past couple of years. So, I definitely stay busy with my writing and I’m working on another project that will hopefully be out by the end of the year.

You just recently overcame stage-2 breast cancer.Tell us about your journey. How did you manage to keep going in your career amidst your trials?
Honestly, I still haven’t found the words to accurately describe that journey. For the first time in a long time I didn’t journal on a consistent basis. I just have to trust myself with remembering everything when the time comes for me to write about it. I can say the trauma is real. The way it affects everyone in your life is real. I’m a meticulous planner so living minute to minute with no plan was different for me but my body gave me no other choice. I was frightened and unafraid at the same time if that makes sense.

During my bouts of being unafraid, I told myself this was just a chapter in my life that one day I would be able to turn the page away from. That is how I was able to keep going in my career. I told myself, the cancer wasn’t mine to claim but an experience to get me to something else I had prayed or asked for. Like all obstacles, me having breast cancer was just a stepping stone to my next. Those were the days I could minimalize it to some extent. But during my bouts of being absolutely frightened, I allowed myself to experience gravity and simply sit and cry. To be honest with how I felt. But now I can say I am a survivor. I got through it.