Skip to content
News » Black student, 14, choked and tooth knocked out by police officer at school 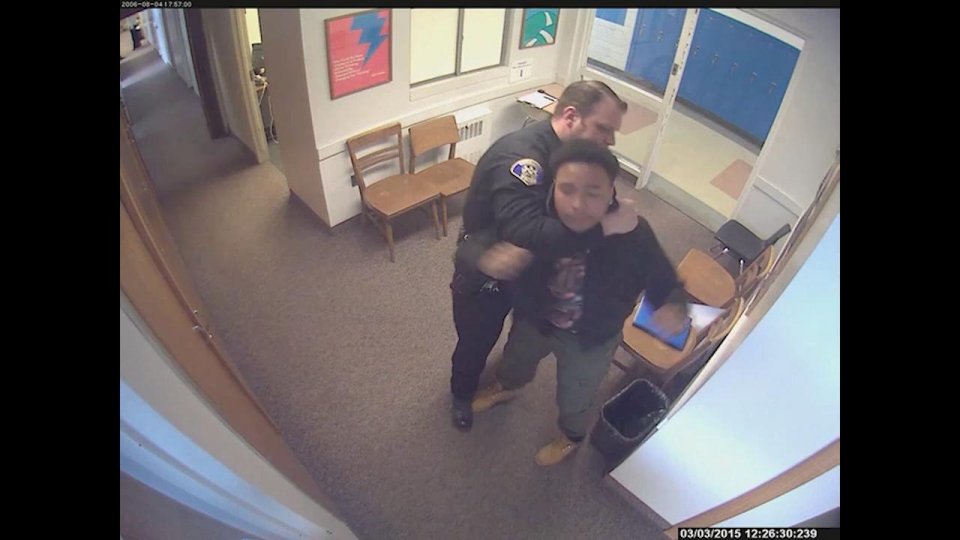 A surveillance video captured the moments when a police officer choked Que’Chawn Wade, 14, and punched him in the face, knocking out his front tooth. The incident occurred in early April at Woodland Hills High School in Pittsburgh.

The video begins with the 14-year-old student sitting quietly in a classroom by himself while holding a notebook. Without warning, Officer Steve Shaulis grabbed the teen by the neck and began choking him. Shaulis wrestled Wade to the ground and began punching him in the face. The blows were so hard that the teenage boy lost his front tooth. The student was rushed to the hospital by ambulance and had to have surgery.

Although Officer Shaulis was the aggressor in the situation, Wade was charged with resisting arrest, according to the Pittsburgh Post-Gazette. Wade could possibly be punished in juvenile court.

However, Shaulis has a history of violence against students. In 2015, another video captured Shaulis throwing a student to the ground and shocking him with a Taser. The boy received probation for disorderly conduct.

Four other students have come forward and said they were injured after being assaulted by Shaulis. One female student and her family are considering a lawsuit against Shaulis and the school district.

The incident reveals why resource officers should be vetted before they are allowed to work with students. Shaulis should have never had the opportunity to abuse students. He created an environment where Black kids were treated like criminals instead of students.

Shaulis has not been charged with a crime.