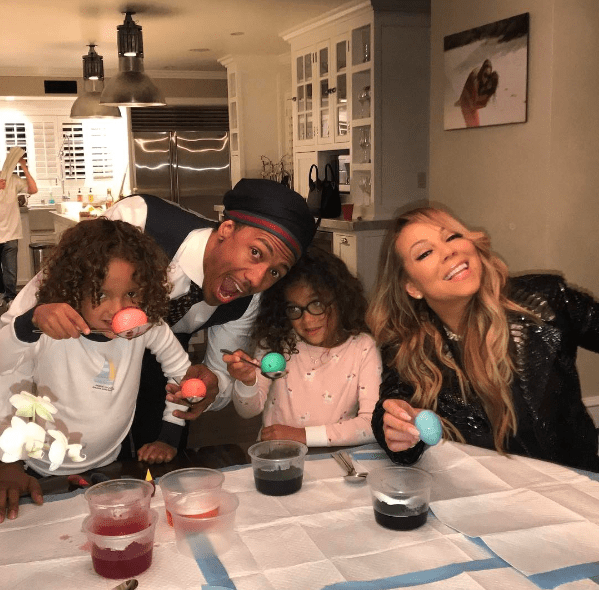 After nearly two years following their divorce, a source tells People, “there seems to be hope that they will get back together permanently.”

As previously reported, the source isn’t the first to make such a claim. During a recent appearance on “The Wendy Williams Show,” Cannon was grilled about his extremely amicable relationship with his 47-year-old ex-wife and the mother of their adorable twins, Monroe and Morocco — when asked point-blank if are they “still sleeping together.”

“There would be nothing wrong with that, but that’s not the case,” Cannon responded to Williams, adding that he has “nothing but unconditional love” for Carey. “I mean, she’s gorgeous but, you know, I’m respectful,” he continued. “I put the kids to bed and I go home.”

Later on, Williams predicted that the ex-love birds would rekindle their love in about five years. To which the former “America’s Got Talent” host replied, “You’re speaking this into existence! I spoke the marriage into existence.”

According to the insider, Williams wasn’t that far off, as the exes have allegedly grown increasingly close since the singer’s split with her backup dancer beau, Bryan Tanaka in April. “Mariah and Nick are getting along great,” the source added. “Nick spends most of his time with Mariah and the kids. Mariah is great with Nick around. There seems to be hope that they will get back together permanently.”

Meanwhile, earlier this week, the parents didn’t confirm nor deny the rumors, during an interview with “ET,” “We’re together when it counts,” Carey, 47, said. “We’re together for the kids. And I think that’s the most important thing.”

“It’s so perfect right now honestly, I’m working on being the best me that I can possibly be and from that, I’m working on being the best father that I can be and that’s a plate full right there,” Cannon, 36, added. “I love her, I adore her, that’s always going to be my dream girl but I think as mature adults I think we just operate better with the way things are right now.”

In case you missed it, last weekend, Carey and Cannon reunited for a fun-filled day at Disneyland to celebrate their children’s sixth birthday.