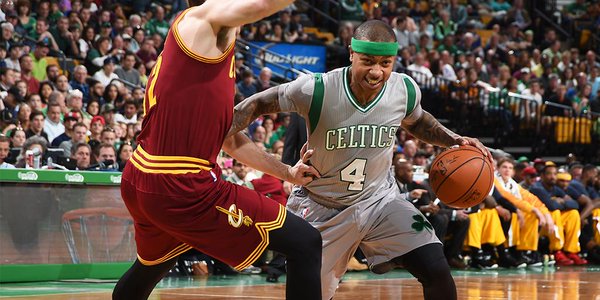 It was a good run. The Boston Celtics advanced to the Eastern Conference Finals after defeating the Washington Wizards in Game 7 of the second round. Celtics guard Isaiah Thomas led the way with 29 points and 12 assists. Celtics center Kelly Olynyk was the unsung hero of the night, finishing the night with 26 points, five rebounds and four assists.

Thomas has easily been one of the top, if not, the biggest storyline of the postseason. The five-foot-nine guard is averaging 25.1 points and six assists a game in the playoffs that started a day after his younger sister died in a car accident. Celtics forward Al Horford appears to be coming along with his new team, now averaging 16.2 points, 7.6 rebounds and 5.8 assists per game in the postseason. Even Celtics guard Avery Bradley has remained healthy by not missing a single game for Boston in the playoffs.

To say the Celtics have a lot to look forward to in the future would be an understatement. The only aging piece of the team’s core is Horford, Thomas should continue his rise into the game’s elite players, Jaylen Brown is a great talent and the team should get another great draft pick courtesy of the league’s worst Brooklyn Nets.

The future may be bright for Boston, but the cruel reality for the team’s present day is the team is about to get swept. The Celtics host Game 1 against the Cleveland Cavaliers on May 17. The two squads last met each other on April 5, when the Cavaliers won on the road by 23 points to clinch a 3-1 regular season advantage over the Celtics. No. 1-seeded Boston’s 2017 playoff run is slightly similar to the 2015 No.1-seeded Atlanta Hawks run in the first two rounds of the postseason. Those Hawks struggled more than a top seed should against the No. 8 team and the Wizards and the Cavaliers are patiently waiting to demolish the opponent that limped through the first couple of rounds.

The Cavaliers have won 11 playoff games in a row and star forward LeBron James is averaging 34.4 points, nine rebounds, 7.1 assists, 2.1 steals and 1.5 blocks a night in this year’s eight postseason games for Cleveland. In the regular season against Boston, James averaged nearly a 30-point triple double (29.3 points, 9.8 assists, 9.3 rebounds) in the teams’ four meetings.

There’s probably only one thing that motivates James to make it to the finals again- and that’s rest. James is four minutes away from becoming the youngest player in NBA history to reach 50K minutes. Now in his 14th NBA season, James values rest for his body now perhaps more than he has the rest of his career. There’s only one thing between James reaching his seventh straight finals appearance and doing it with a week of rest and that’s the Boston Celtics.