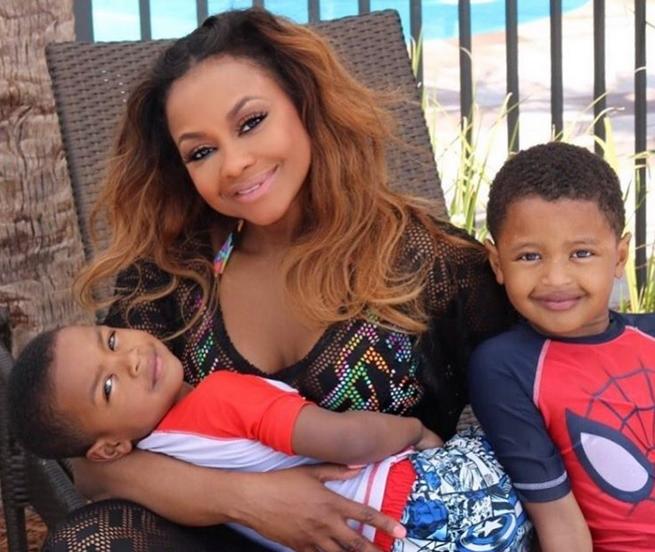 Just in case you were wondering how the “Real Housewives of Atlanta” feel about Phaedra Parks these days: she is officially persona non grata on RHOA. None of the “housewives” have spoken to the entertainment attorney since that volcanic season 9 reunion show, not even Porsha Williams.

“Porsha has not spoken to Phaedra since the reunion taping,” an insider told radaronline.com.

Parks, 43, who is also a funeral home owner, has been appropriating most of her energies towards her sons Ayden, 7, and Dylan, 4, in the scandal’s aftermath.

“She has been spending a lot of time with her boys and family, taking trips to the beach and planning her future without RHOA,” the insider added.

As rolling out reported, Parks was almost immediately fired from the blockbuster Bravo show after it was revealed that she lied to Porsha Williams that Kandi Burruss, 41, and her husband Todd Tucker, 43, conspired to commit a first-degree felony on Williams, which included drugging and raping her in Burruss’ “sex dungeon.”

And if that wasn’t enough, Parks also claimed that Tucker cheated on his wife while traveling in New York.

According to reports, Parks was also terminated for other reasons. Producers were frustrated that Parks refused to open up about her messy divorce from imprisoned ex-husband Apollo Nida, 38. She also declined to talk about her dating life on camera, a serious no-no on the show. It is pretty much a rule that the housewives talk about their romantic lives.

“She just didn’t warrant her $1.3 million paycheck,” a source surmised.

Burruss recently spoke up about the whole ordeal and said she doesn’t think she can ever befriend Williams, 35, again. But she knows with absolute certainty that she will never speak to Parks again after what transpired.

“At the end of the day, all the girls throw shade at each other, but to know that people actually plot, behind the scenes, to plant information on people that’s completely made up, that’s a real problem. It wasn’t even for the sake of television; it was for the sake of tearing me down,” Burruss said. “The fact that she never once let on that she had anything to do with it, clearly, she just wants to tear down my reputation, kill my fan base, hurt my business. It was really just terrible. And then she’s supposed to be friends with Porsha? Then she set her up to be the fall guy? That’s a lot of plotting going on … People don’t want to deal with that.”

“I’m still not feeling [Porsha] either. At the end of the day, she knew it was a lie. She cannot sit there and say she believed it. I’m happy she finally told the truth, I’ll give her that,” she said. “But did you tell the truth because you were tired of people tearing you down, saying you were a liar, or did you do it for the right reasons?”

“As far as Porsha is concerned, she and I will probably end up having to have a conversation about this. I’ll still probably never be close with her again. But Phaedra? We can never talk again,” she said.