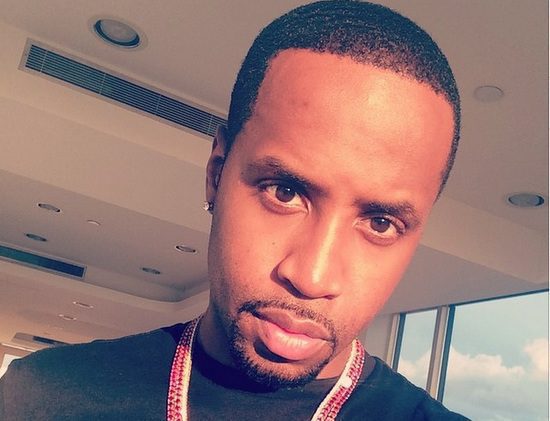 Once again, Nicky Minaj’s boyfriend Meek Mill is the joke of the entertainment world, not to mention Twitter-verse.

To many, Meek Mill is like Schleprock from the “Flintstones” — the hapless, hopeless, bumbling idiot who get nothing right. People are wondering how is it possible for Meek to sic his goon squad on Minaj’s ex-boyfriend Safaree, who was dressed in all white, and Safaree come out of the melee without a single dirt stain.

Meek tried to boast about this in his Instagram posts but the recently released video clearly shows him getting out of an SUV in front of Safaree just before the “brawl” popped off (see video here).

It doesn’t appear that any of Meek’s squad landed any punches on Safaree. Safaree is seen scrambling away at the top of the screen, completely unscathed and unhurt.

Suqsequently, Black Twitter subjected Meek Mill, yet again, to a merciless dragging for not even being able to carry out an ambush properly. Check out the hilarious responses below.

Safaree after Meek people tried to jump him pic.twitter.com/xMyTNnIa7h

Safaree getting jumped by Meek Mill.. How you get jumped wearing all white and come out clean? Oh, nvm… pic.twitter.com/16hCJniI90