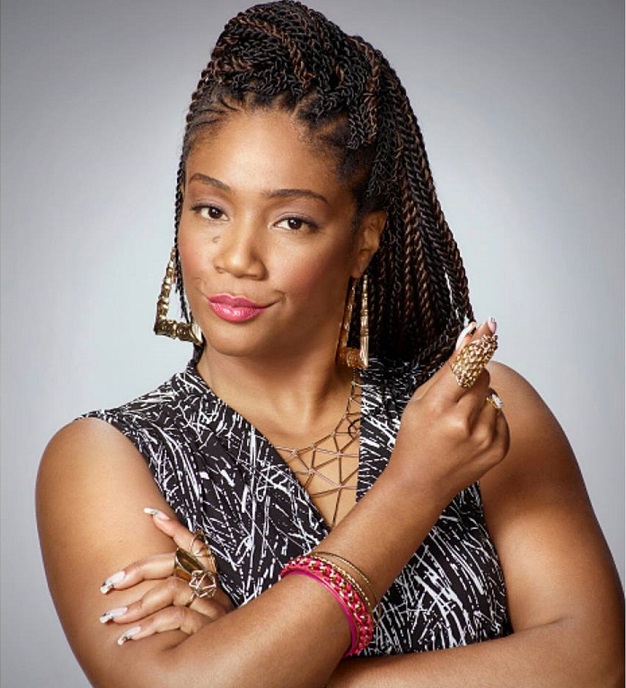 When Girls Trip star Tiffany Haddish revealed last week that legendary comedian Bill Cosby, who’s been embroiled in sexual assault allegations over the last several years, was one of her comedic inspirations, she ignited a social media firestorm.

Of course, it wasn’t long before the internet chimed in. “I’ve been rooting hard for Tiffany Haddish but I find nothing funny about her making light of Bill Cosby drugging women,” wrote one user via Twitter. “Waiting for @TiffanyHaddish to issue her apology lol,” wrote another user. One more chimed in, “I really wish Tiffany Haddish hadn’t said that about Bill Cosby.”

Another person who didn’t understand Haddish’s remark was Gloria Allred, who in recent years, has represented several of the TV icon’s accusers.

Now, the actress-comedian, 37, has come forward to address her controversial comment. On Thursday, while speaking on a panel at the Television Critics Association’s summer press tour in Beverly Hills, she said, “What I said was a joke.” She added, “You’re going to say some bad jokes.”

“I don’t know if you’ve ever been interviewed before. You do 27 interviews and you’re supposed to be humorous all that time. You’re gonna say some bad jokes. You’re gonna come up with a few not-good jokes,” she said, per Variety.

“I’ve been through things. I’ve been victimized,” she added. “I don’t agree with what he did or anything, but, at the end of the day, I’m not afraid of the Big Bad Wolf.”

What are your thoughts on Haddish’s remarks? Can she recover from the controversy? Sound off in the comment section below.