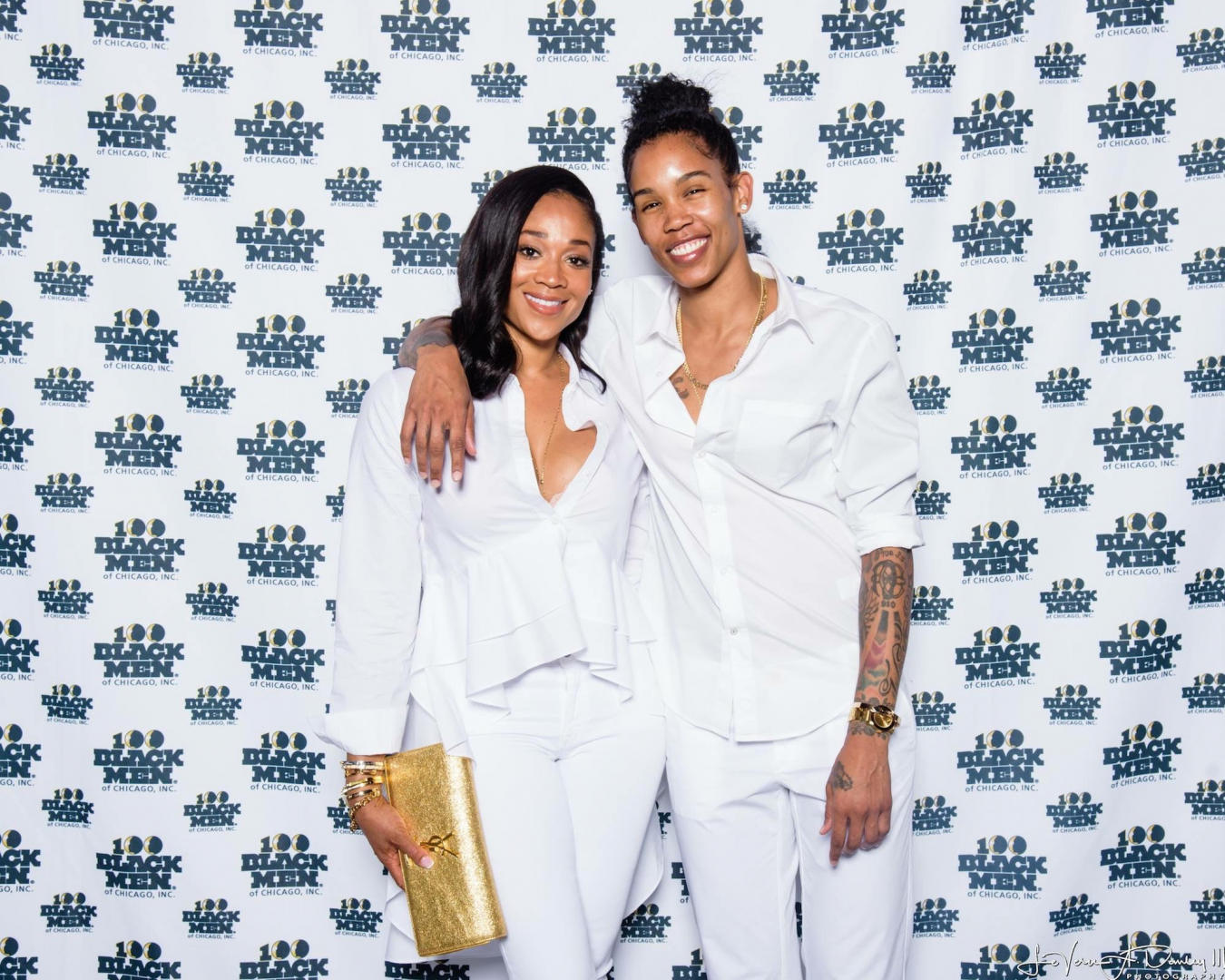 What happens when you mix a WNBA powerhouse player with a beautiful and grounded reality star? The real-life version of Love & Basketball. Once Chicago Sky’s, now Atlanta Dream’s sports star Tamera Young and “Love & Hip Hop Atlanta’s” Georgia peach Mimi Faust are at the center of social media #relationshipgoals. While Faust’s life is an open book, Young has managed to stay under the radar and rolling out wanted to learn more about the veteran player‘s philanthropy efforts, her clothing line TY1, and of course the ongoing basketball season. As a great bonus, Faust also chimed in with some news on her latest business endeavors, whether we’ll see her on the upcoming seventh season of “Love & Hip Hop Atlanta” and if she and Young will be taking their new love to the big screen.

Just days before the big trade news was announced, rolling out had a few moments to chat with Young and Faust at the 100 Black Men of Chicago’s second annual All-White Party hosted at the Museum of Science and Industry.

You visited the Ronald McDonald House. How was that experience?

Tamera Young: It was a great experience to interact with the kids and their families, and to show them some love and support. We gave them coloring books, crayons, and really just enjoyed our time with them.

How did you get involved with that charity?

TY: This was my first time working with Ronald McDonald’s. It was an open opportunity, so I took full advantage of it.

You also gave away 30 pairs of sneakers to Steve Harvey’s mentoring students. Who connected the dots for you with that?

TY:  Ken, my publicist, told me about it. It was the foundation’s girl’s week and they were doing different events, so I wanted to give back.  I think it’s a great thing to give back to the kids in need.

You have a new clothing line called TY1.  Can you explain the trend or style it falls under?

TY: When I first started my clothing line it was a sporty trend, but now I’m venturing out into a different lifestyle. It’ll be more fashion focused and not just sports.

If it was one celebrity that you wanted to wear your clothing designs, who would it be?

TY: It’s had its ups and downs. We won 5 of our last 7 games. We hit a winning streak then lost our last game, so we’re trying to come back to the winning streak.

It’s been almost a decade since you were drafted in 2008. What can you say has been your biggest life lesson?

Tamera Young: My biggest life lesson has been making the most out of each opportunity I get. Basketball is a skill set, but it’s also a mental level; you have to stay level headed and you have to keep your confidence up.  You have to remember it’s a profession and you’re fighting for your spot.

Any predictions for the season?

Tamera Young: Us making a run for the playoff.

I want to bring you in a little, Mimi. You all are considered one of the “it” couples right now. What can you tell us about Tamera that we probably wouldn’t know?

Mimi is on reality television so everyone thinks they know her.  Ty, what can you tell us about Mimi that we probably wouldn’t know?

TY: She has the biggest heart. She’s a great woman and sometimes I feel like she’s maybe too nice.

You’re working on an interior design company.  Can you tell us a little about it?

MF:  It’s called Mimi Interiors and it started out from something I was doing for my own home. I did my place and people would come over and ask who designed it…ME. Then they’d ask me to do their place. It started there.  I started doing my friend’s place just for fun and realized I really enjoyed doing this, so I’m going to take it serious[ly].

When can we expect to see some things from you?

MF:  I’m working on it now. I have a videographer recording the work I do when I decorate an interior, I have pictures of Ty’s place that’s going to go up on my website, and I’m also working on an interior design line. I’m going to start off with candles and pillows, things like that.

Can we expect to see you in this upcoming season of “Love & Hip Hop Atlanta”?

MF: Yes. I signed up for season seven.

Any cameos from Ty at all? Or will the shyness stop it?

MF:  Right! Every time someone gets on television with their relationship, it gets messed up. We’re trying to manage what we have. If she does a cameo, it’ll be Facetime or a phone call. But if we do it, I need to be sure it’s going to be a safe scene.

View a few more pictures from the event below. 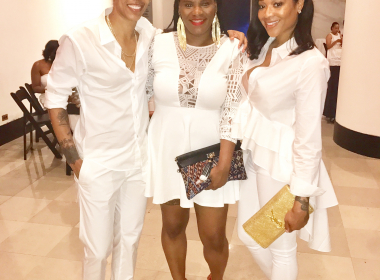 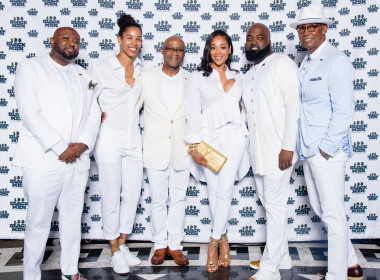 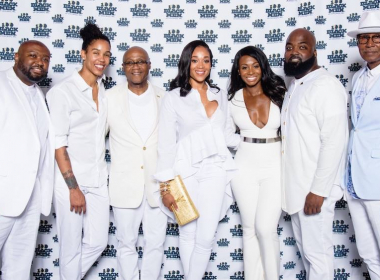