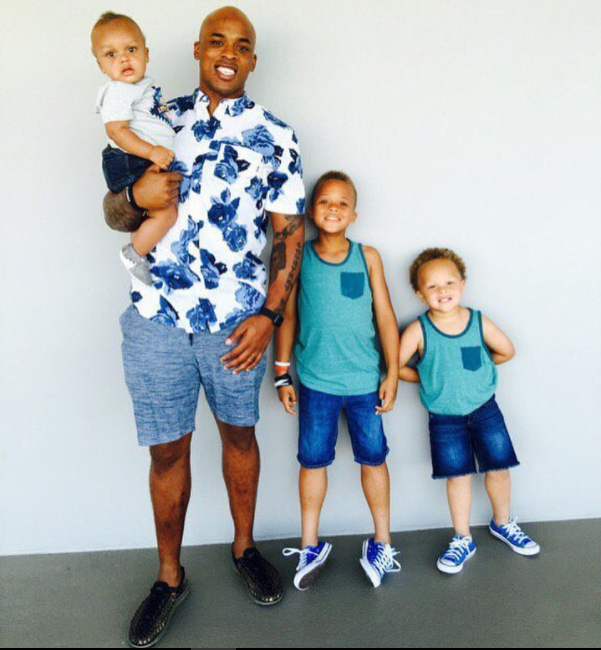 It is amazing to listen to some athletes publicly display their utter ignorance and lack of awareness, and show no sympathy for the plight that impacts their fellow African Americans.

Jermichael Finley recently went on a mindless rant claiming that athletes are wrong for discussing race and political issues because they are “role models” for children.

Finley has withstood severe blow-back for his imbecilic stance, but it can’t compare to the absolute tongue-lashing that he received from his own wife, Courtney. She took to Twitter to blast her own husband for spewing such buffoonery and lunacy:

My children act as if they are being physically pained to take a picture. I mean that face looks like Im stabbing him pic.twitter.com/DHh29d12MM

This serves as a reminder @jermichaelf88 in case you have forgotten; you are black.

“This serves as a reminder @jermichaelf88 in case you have forgotten; you are black. The athletes (foremost people) you are telling to sit down (or stand) and shut up are the very men that are protesting for your safety and equality in a country that has nearly revoked that right based on your skin color. As a biracial mother of 4 black boys, that have been left to be raised by a single mother, I have deep and desperate gratitude for those that use their platform to fight for our community’s justice, safety, & equality. Your social media comments are absurd & offensive not only to me but to a nation that is crippled with hate. Don’t attempt to silence men that are brave enough to be a voice to those that have had their cries muffled. Don’t be so pathetically thirsty for attention that you choose to devalue another man’s motives. Don’t choose to be so insulting and imply professional athletes have no place in changing the world. Most importantly, don’t forget to look in the mirror and see that you too are black and have an obligation to derail racism as best you can for yourself and others. If you don’t want to be part of the resolution to the racial inequalities in this country that’s on you, but for the sake of our 4 sons, don’t be part of the problem. I pray you will re-evaluate your stance.”

After tunneling out from the avalanche of words from his wife, Finley saw the error of his ways:

I’ve taken my own advice & reached out to someone, so I can educate myself on how to contribute to solving racial injustices in America.