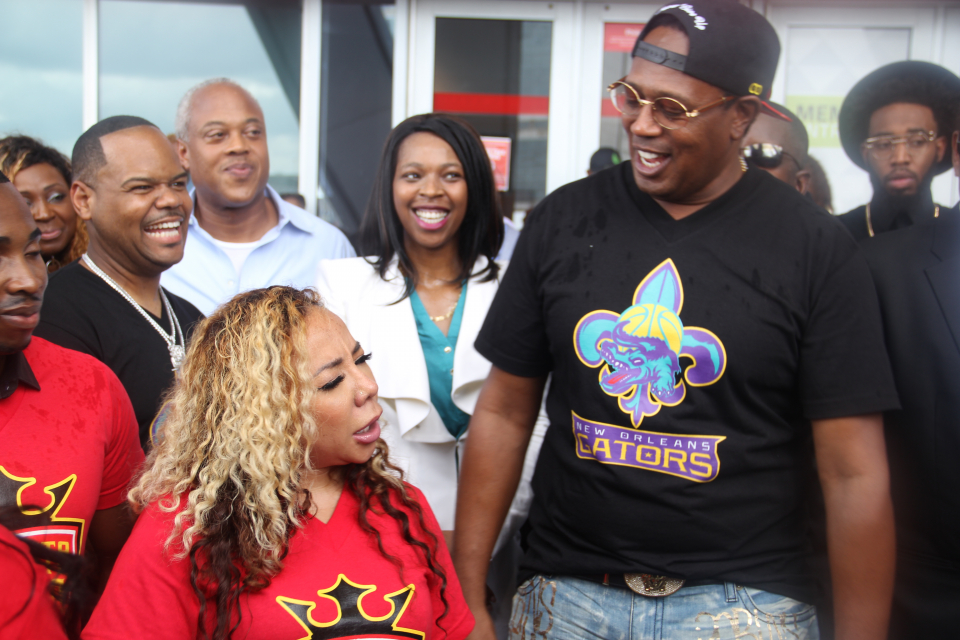 Tameka “Tiny” Harris, owner of the Atlanta Heirs will take on Percy Miller aka Master P, owner of the New Orleans Gators for the inaugural game for the GMGB league.

Being held at the Cox Pavillion in Las Vegas, the game will include a star-studded halftime show hosted by The Breakfast Club, Charlamagne tha God , DJ Envy and Angela Yee.

“GMGB, Global Mixed Gender Basketball is the future of basketball, where women and men will be playing on the same court. The WNBA and the NBA on one floor and its equal play and equal pay. Women make just as much as men. I know that a big thing in the NBA is that a lot of women are not satisfied with the pay, but in this league you will be satisfied. You are going to get your pay,” Master P said.

The New Orleans Gators and the Atlanta Heirs will face off in an exhibition game in Las Vegas, Nevada on Sept. 23 at 1 p.m.