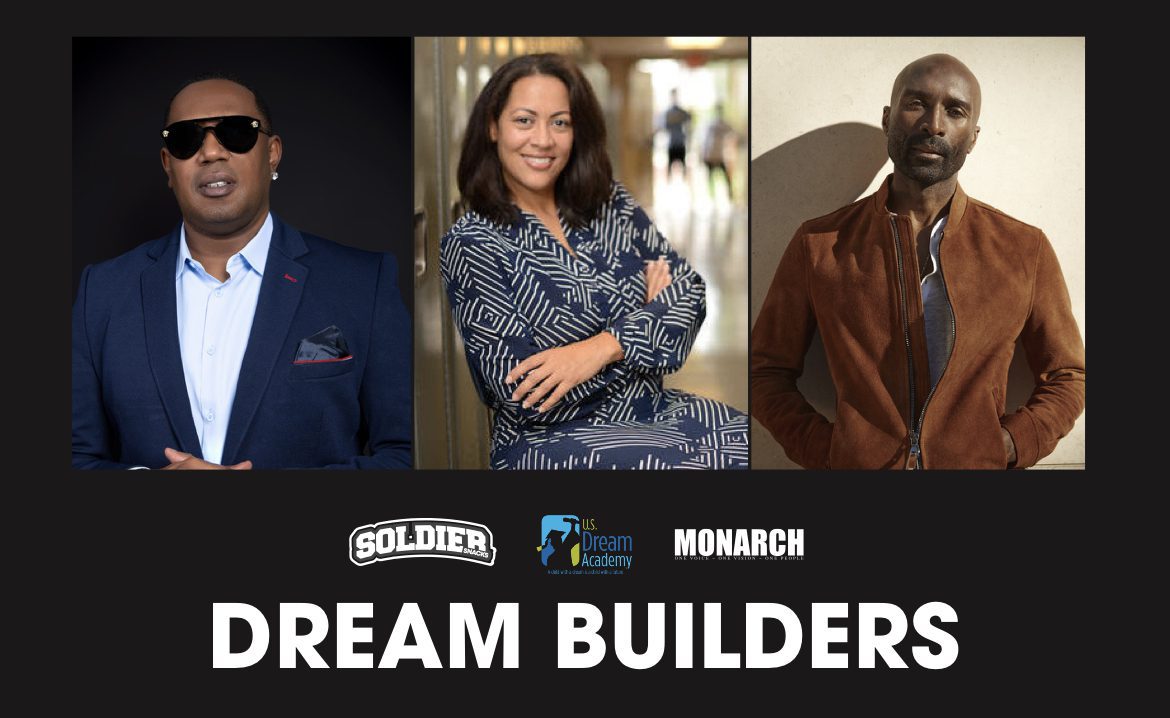 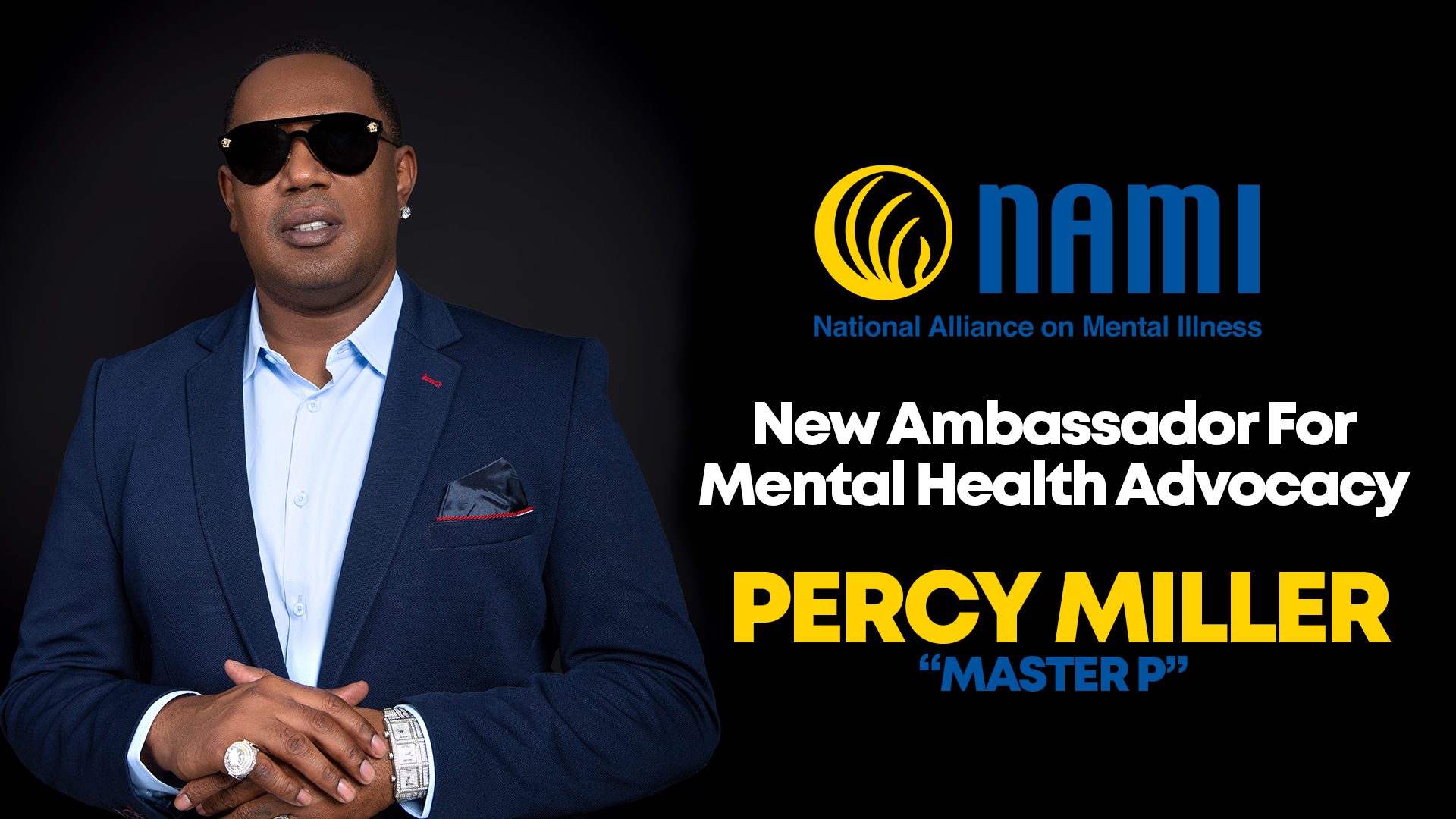 This week NAMI was thrilled to announce that they have a new Ambassador – welcome, Master P! We are beyond grateful for Mr. Miller as an ambassador, and are so proud to see this community of advocates expand. Percy “Master P” Miller, entrepreneur, music mogul, philanthropist, mental health advocate says, “I’m turning my pain into purpose and […]

In an interview with “CBS This Morning,” Master P opened up about the death of his daughter Tytyana Miller. In May 2022, Miller died due to a drug overdose. “Coming from poverty, you would think that you would outlive your kids and that was the mission. I feel like going to my daughter’s funeral, I feel […]

Master P and family mourn the death of his 29-year-old daughter, Tytyana Miller

Music impresario Master P has informed his fans that his 29-year-old daughter has passed away. On Sunday evening, May 29, 2022, the rap icon who was born Percy Miller in New Orleans conveyed his overwhelming grief that his daughter Tytyana Miller has succumbed to the toxic combination of severe mental health issues and chronic drug […] 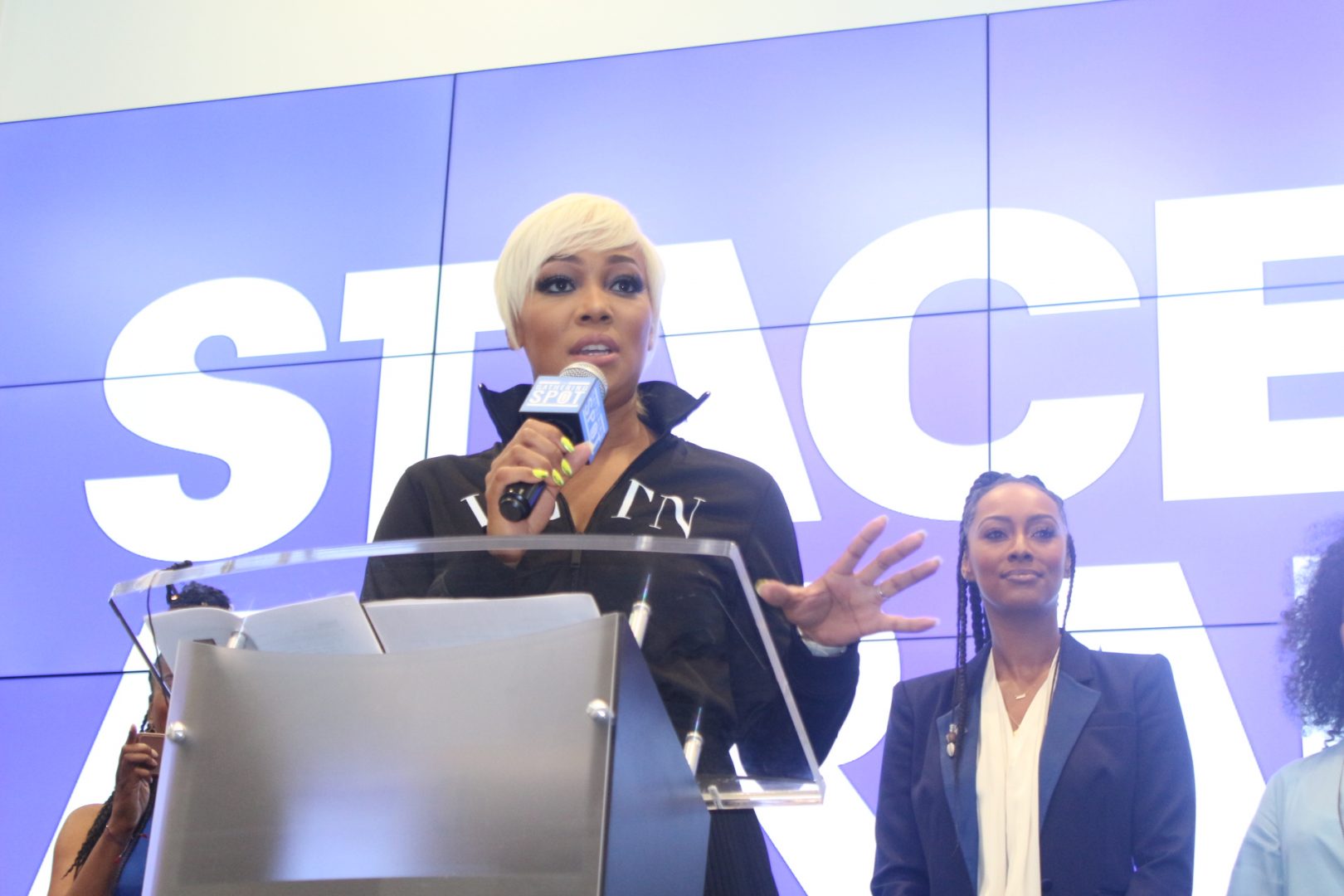 R&B great Monica got Twitter stirred up after sharing a photo of herself in the embrace of former boyfriend and long-incarcerated rapper C-Murder, presumably on prison grounds. C-Murder, 51, the younger brother of music impresario Master P, was convicted in the murder of teenager Steve Thomas near New Orleans back in 2002 and has been […] 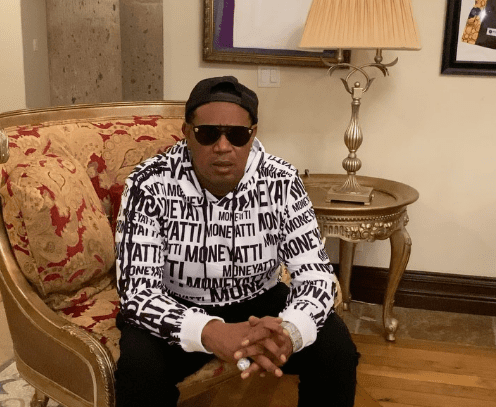 The Los Angeles Lakers 2021-22 season has been described as a “historical atrocity” and an “unprecedented disaster” by sportscasters and writers alike for the team’s embarrassing on-court performance. The debacle was even more significant because LeBron James was at the helm of this marquee franchise who were rudely dismissed from the playoff contention after becoming […]

Some leaders within the Black community have stepped up to speak against a recent rumor about Master P. The “Holdin’ Court Podcast” brought on respected Compton, California, community member Leroy “Chico” Brown to give nearly an hour of examples of the mogul and industry-shifting legend giving back to the Black community. Brown said he’s known […]

If you didn’t know by now, Wack 100 talks a big game, and earlier this month he had a lot to say about Master P in a Clubhouse chat. In one of his comments during the discussion, he talked about how Master P couldn’t tell Nick Cannon what to do because he was broke since […] 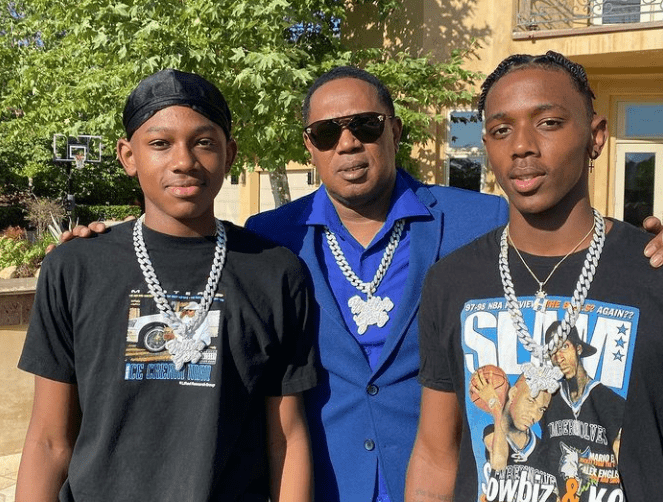 Hercy Miller’s college basketball career at Tennessee State is finished as the freshman baller has entered the transfer portal with all of his playing eligibility intact. The son of business and music mogul Master P was injured in the Tigers’ first game of the season on Nov. 9 against Alabama A&M. According to Master P, […]

Master P, born Percy Miller, is ready to be a single man and start a new chapter in his life. The No Limit CEO has been separated from his ex-wife Sonya Miller for more than a decade, and he has recently asked a judge to declare him as single. In documents obtained by TMZ on […]

Master P is about to bring his other alias, The Ice Cream Man, back to the forefront with his latest business endeavor. The man born Percy Miller recently shared an Instagram video inside of his house of a new touch screen machine called The Ice Cream Shop. The device makes instant ice cream deserts with […]

Master P’s life story to be depicted in scripted series

Hip-hop mogul Percy “Master P” Miller has been talking about an upcoming biopic on his life being produced for several years now and the project has finally been green-lighted. Deon Taylor and Roxanne Avent Taylor’s Hidden Empire Film Group is developing a scripted series tentatively titled “King of the South” that will center on the […]

Master P shares pearls of wisdom as a full-time father

Percy Robert Miller, mostly known as Master P, is a father, actor, rapper, executive producer, and entrepreneur. Master P was born and raised in New Orleans, LA. He is widely known for hits like “Make ‘Em Say Ugh” and “No Limit Soldiers” and movies such as, The Players Club and Hot Boyz. Master P joins […]

Hurricane Ida wreaked havoc throughout the Gulf Coast this weekend causing five deaths and leaving more than one million homes and businesses without electricity. The Category 4 hurricane’s destruction is expected to be felt for a while as it may take a month or longer for some residents to regain power. Hundreds of thousands of […]

Master P knows no limits and continues to make his presence felt on the Hollywood movie scene. The independent king will be starring in the upcoming psychological suspense thriller #Unknown which will be released on Amazon Prime on October 1. The film is being produced by Master P and his son Romeo Miller is the […]

Master P and Baron Davis have lost out on their bid to purchase the iconic shoe brand Reebok. According to Forbes, Adidas owned the struggling shoe brand and was looking to sell it for around $2.4 billion, but it was announced that Authentic Brands Group closed the deal this week for $2.5 billion. “Reebok has […] 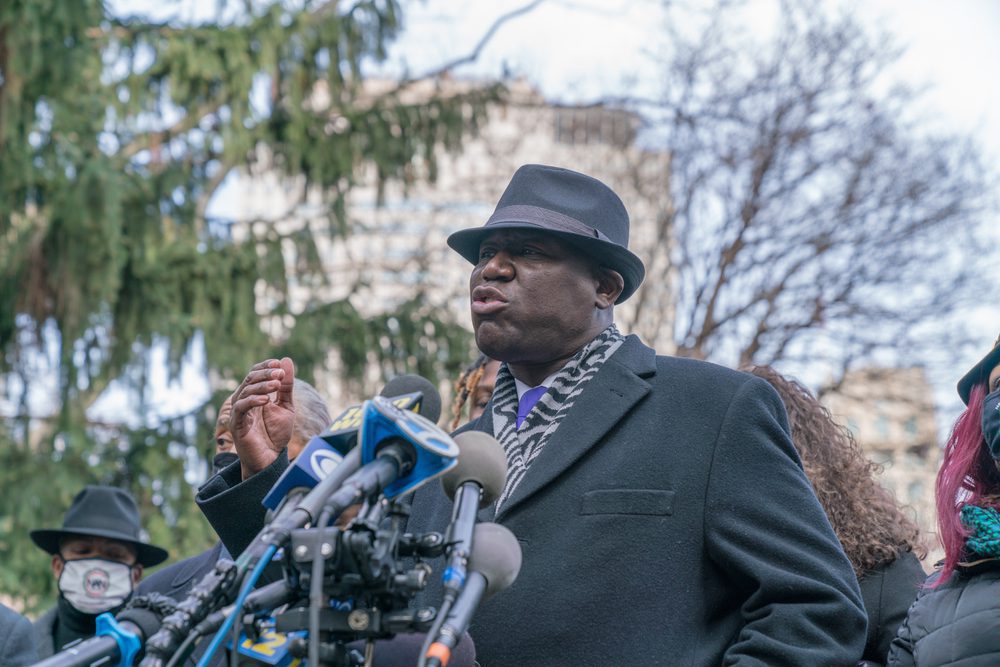 Master P’s brother C-Murder is still fighting to be released from prison and has added lawyers Benjamin Crump and Ronald Haley Jr to his defense team. C-Murder, whose real name is Corey Miller, is currently serving a life sentence without parole for murder and has always maintained his innocence. He recently went on a hunger […] 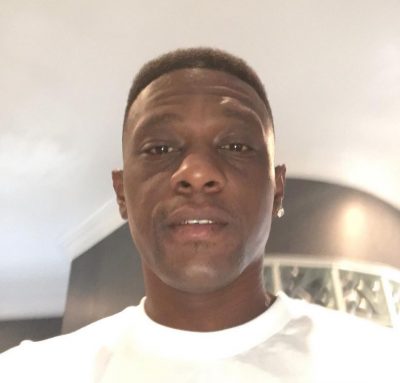 No one will ever accuse Boosie Badazz of being shy. The audacious emcee took audacity to another level when he publicly pleaded for Vice President Kamala Harris to free imprisoned rapper C-Murder. Boosie posted a video to his new Instagram page to petition the conscience of Harris. He is hoping to cajole Harris into making […] 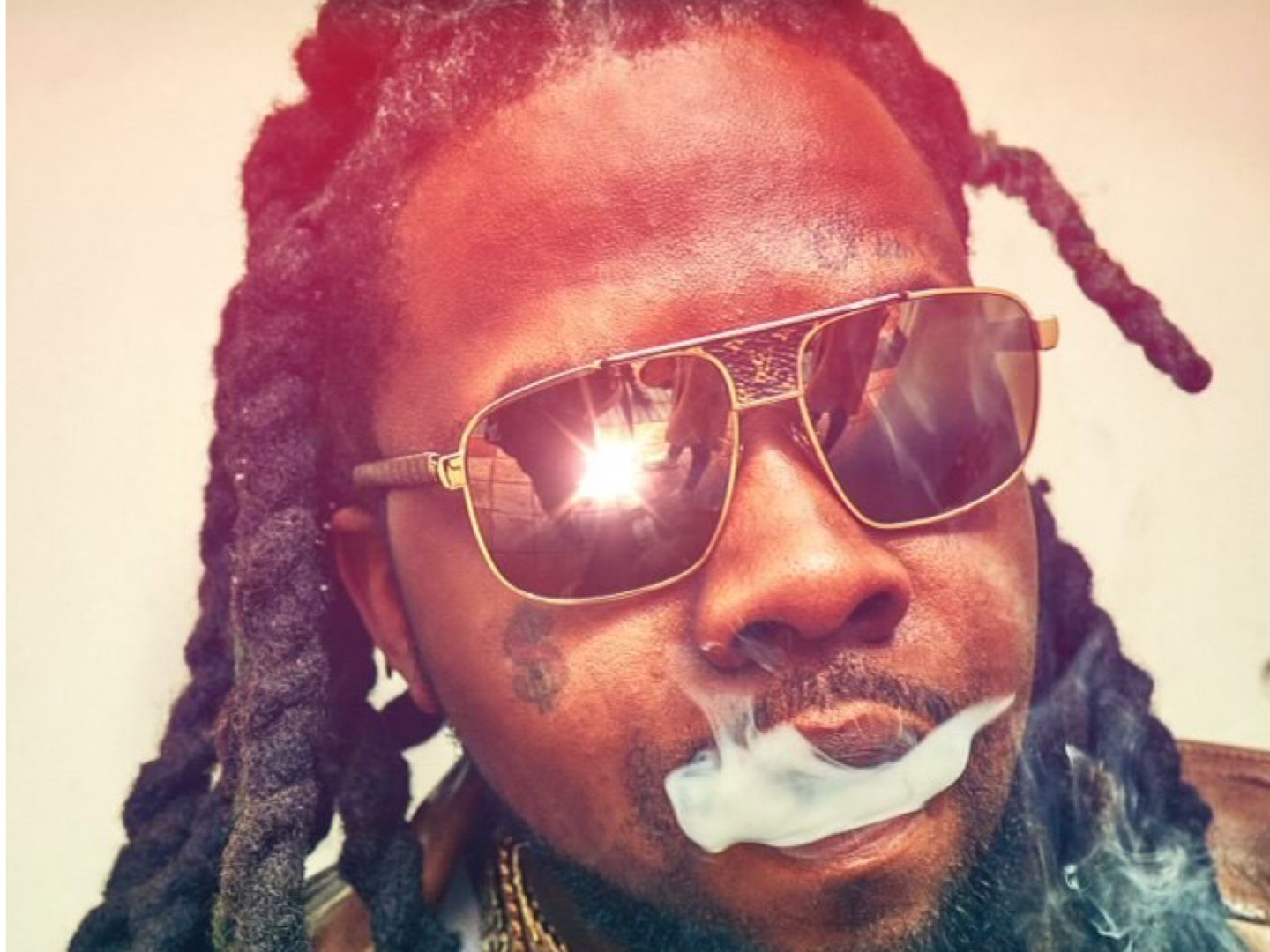 Born and raised in Miami, Money Rod was drawn to music at a young age. Money Rod’s mother was his biggest motivation, and he admired her strength as he watched her prevail in the midst of poverty and domestic struggles. Her will to keep pressing forward motivated Money Rod to find his own way to […]

Master P is making generational wealth a priority in his family and has secured a $2 million endorsement deal for his 19-year-old son Hercy Miller. A deal had already been in the works, but P was waiting for the new NCAA rules to go into effect allowing college athletes to profit from their images and […]