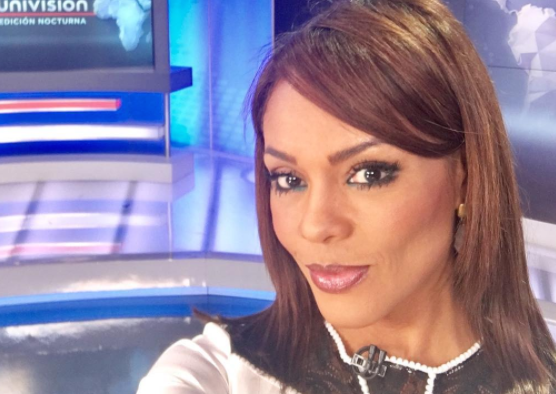 Imagine for a second that a member of ISIS threatened to chop off the head of an American while in America. Without doubt, the ISIS member would be jailed and likely charged with making a terroristic threat.

However, Chris Barker, a leader of the KKK in Pelham, North Carolina, threatened to burn an Afro-Latina journalist and has yet to be jailed. The incident occurred when Univision reporter Llia Calderón traveled to North Carolina to interview Barker. Apparently, Barker thought a light-skinned Latina reporter would be interviewing him that day. But Calderón is Black with a darker skin complexion. Barker soon began to harass Calderón and told her that she was the first Black person to walk on his property in 20 years. He even called her the N-word.

During the interview, Barker also threatened to kill and burn Calderón and other minorities. “We killed six million Jews the last time. Eleven million is nothing,” Barker told her. “You’re telling me you’re going to burn me,” Calderón asked. Barker responded by saying, “Yeah, you’re sitting on my property now.”

Barker attended the racist rally in Charlottesville and said that he didn’t care that Heather Heyer died because he believes she was a communist.

But Barker and his co-horts will continue to threaten others and react with violence. It’s important for America to make the act of racism illegal. That means that anyone who belongs to a racist organization should be treated as terrorists. The terror that has been inflicted on Blacks and minorities will only come to an end when the practice of  racist thinking becomes outlawed.

Barker and his wife claims that he isn’t racist. Authorities have yet to reveal if Barker will face charges for his terroristic threat against Calderón.