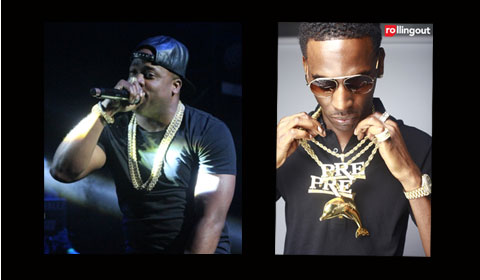 Once more, a dispute between two well paid Black men in rap has taken a violent turn, this time involving Young Dolph and fellow Tennessee rapper Yo Gotti. The scene unfolded at the Loews Hotel located in Hollywood, California. A violent altercation erupted between two groups of men affiliated with the rappers.

Someone fired a shot and rapper Young Dolph, real name Adolph Thornton Jr., 36, was hit by gunfire. According to Los Angeles Police Det. Meghan Aguilar, Dolph was critically injured in the attack that took place outside the hotel. TMZ reported that Yo Gotti was present at the shooting and was involved in the incident. Police were looking for a gold Cadillac Escalade, which was later found abandoned at a gas station some distance away. One person has been detained and police are looking for two other suspects. According to the LAPD, Yo Gotti is also considered a person of interest in the shooting.

This is the second time this year that Young Dolph has been involved in a shootout. Back in February, while in Charlotte, North Carolina someone sprayed his vehicle with gunfire in an attempt on his life. Police recovered more than 100 shell casings at the scene and later detained three people in May 2017 over the incident. Fellow rapper Blac Youngsta turned himself into police for questioning over the shooting. Young Dolph escaped injury during the incident and later bulletproofed his car. He took to the recording studio and dropped the track “Bulletproof” that referenced the shooting and hit number 36 on the Billboard 200 albums chart.

The investigation into the Hollywood shooting is ongoing by the LAPD and there is no update on the condition of Young Dolph at this time.