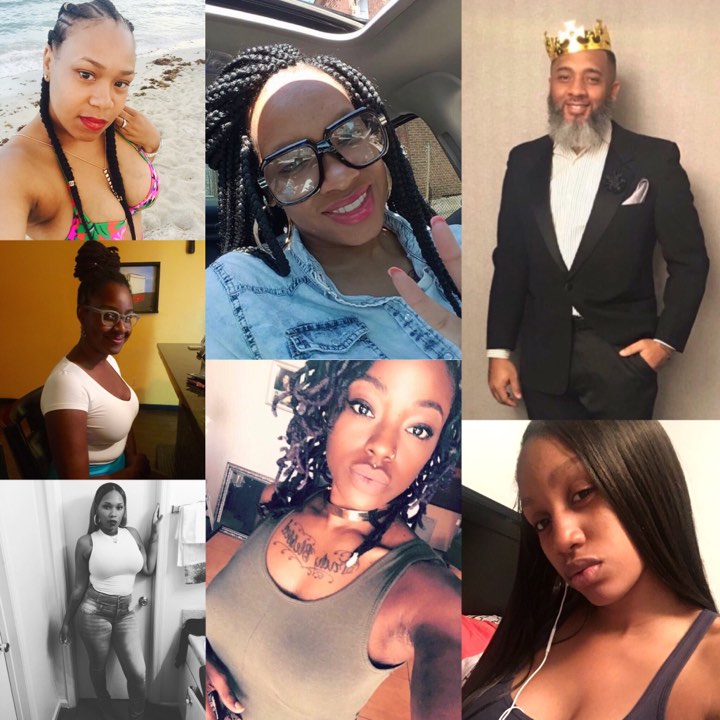 Facebook’s fastest growing group, Beard Game Matters went off the meters again last week when Antuan Reddish’s girlfriend Syreeta posted a picture of her boyfriend along with his five other girlfriends in the group. “I think my man is sexy, he looks good. So I posted his picture with all of us,” she said. The picture immediately caused a reaction with people commenting and attempting to shame the women in the polygamous relationship.

We invited Reddish along with three of his girlfriends to rolling out‘s headquarters to talk about this lifestyle that is much more popular than most of us would believe. “There are a lot of people living in polyamorous relationships but they are afraid to talk about it because of the backlash,” Reddish said. “Believe it or not Atlanta is one of the most popular cities for polygamy. There is a conference held here and everything with 60 or 70K people.”

Reddish and his six girlfriends recently relocated to Atlanta from Philly with the idea of starting their own family business and sharing roles and responsibilities. Where many people assume that polygamist relationships center on sexual fantasies, Reddish says it’s more about building a foundation and supporting family. With seven adults contributing to the household, he believes their chances of building a family business are much better than couple struggling in two different directions. The women take care of the children together and there is a sense of sisterhood shared among the women. When asked how things started, Reddish insists that his first girlfriend was the one who started the situation. “She suggested us having a threesome and we did it and both enjoyed. We thought instead of having random women in our relationship it would make more sense to have a steady girlfriend. We finally found one and it just grew from there.

Listening to Syreeta, Juliana and Keesha speak about their relationship sounded very much like any couple discussing their lifestyle. “Instead of having a man that lies to you about where he is at, this gives you the opportunity to be completely honest,” Juliana explains. “If Antuan is out with another woman it’s someone that I know and care about.”

Keesha said another perk to being in their relationship is the bond between the women. “When I came on board the women were so welcoming and that was great for me because I’ve never had many female friends. I don’t have family here and so this became my family. We have fun with him, not just in the bedroom.”

“When we first started I didn’t know there was an entire community. As we grew I researched and learned more about it. The truth is this is an option for a lot of people, it isn’t for everybody but I guarantee you more people are living this way than most people think,” Reddish says.

With today’s headlines riddled with scandalous stories of infidelity, do you believe polyamory could be an answer to the new millennial lifestyle?