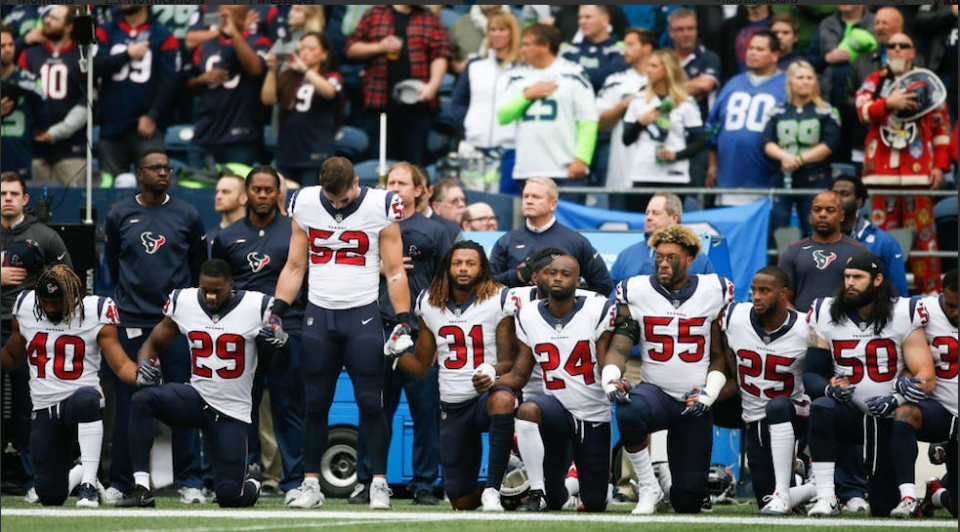 As the Columbia Bugle newspaper pointed out via Twitter, the Black football players for the Houston Texans rebelled against its NFL owner, Bob McNair, who characterized the league’s players as “inmates,” by kneeling during the national anthem on Sunday, Oct. 29 prior to their game against the Seattle Seahawks.

According to ESPN magazine, the billionaire baron McNair said he did not approve of the NFL players kneeling during the national anthem by saying imprudently that “we cannot have the inmates running the prison.”

McNair has since apologized, of course, but most of the Texans players, who are Black, were ready to walk out of the locker room and had to be talked back into the stadium by team officials.

McNair met with the team on Saturday morning, but when asked how the meeting went, Brown said, “Not too well. But like I said, we blocked out all distractions and came out here ready to play.”

Below, legendary former players Randy Moss and Charles Woodson weigh in on the collateral damage McNair’s words wrought on the team and the league: