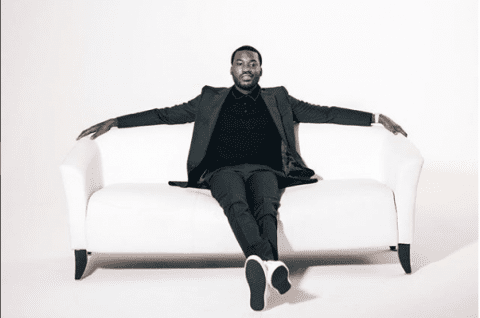 Meek Mill and Roc Nation have been hit with a wrongful death lawsuit.

The 30-year-old rapper – who was recently sentenced to two to four years in jail for a probation violation – and Jay-Z’s record label are being sued by the family of Jaquan Graves after he was shot and killed in a car park outside a Connecticut concert venue in December.

According to TMZ, the lawsuit claims Meek and Roc Nation “allowed thugs to remain on the premises, after exhibiting disorderly, disruptive, argumentative, angry and/or agitated behaviour toward patrons.”

The lawsuit, which is for unspecified damages, claims Jaquan had just left the venue when he was shot and killed.

Earlier this year, the family of 31-year-old Travis Ward filed a lawsuit against Meek for unspecified damages, claiming the rapper’s appearance at Oakdale Theatre in Wallingford drew a violent crowd and that the venue allowed “thugs” to remain on the premises. Travis was shot dead outside the show.

His family claims the venue, which is also being sued, should have been warned about potential violence due to Meek Mill’s lyrics. The lawsuit quotes words from the rapper’s song ‘Tony Montana (Freestyle)’, in which he raps: “AK-47 picture perfect like a camera.” And in song ‘Body Count’, his lyrics include: “What’s your body count n****? I’m double digits.”

This comes after the FBI reportedly launched a probe into the judge who presided over Meek’s legal case after he was sentenced to two to four years in jail for a probation violation by Philadelphia judge Genece Brinkley.

The decision was publicly criticized by the likes of Jay and Rick Ross for being too harsh. Meek broke the terms of his probation, which related to his drug and weapons case in 2009.