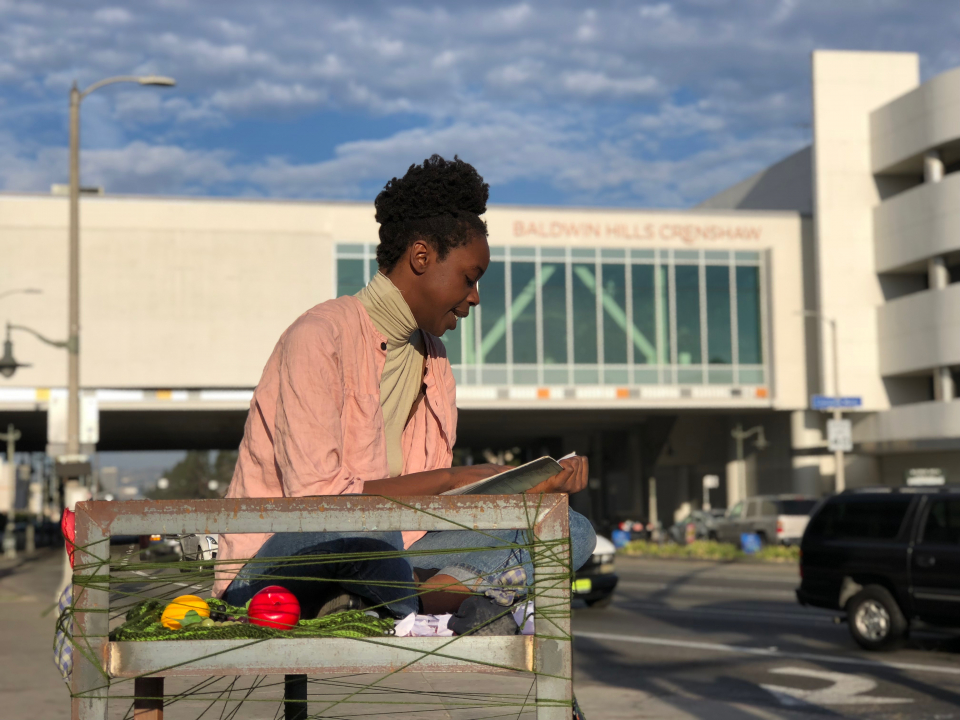 JusticeLA and Los Angeles-area artists collaborated to place over 50 jail beds throughout L.A. County as a reminder of the thousands of people incarcerated in L.A. County jails during the holiday season. Kicking off #JailBedDrop, JusticeLA co-founder Patrisse Cullors joined new media artist Jasmine Nyende in the historic Los Angeles African American community of Baldwin Hills at the intersection of Crenshaw and Martin Luther King Jr. Blvds. in an effort to remind Angelenos getting in their last day of shopping before the Christmas holiday that for millions of people in America and thousands in L.A. County, Christmas will be spent in a jail cell and without their families loved ones simply because they are poor and cannot afford the high cost of bail. The jail beds are also being used to further the conversation around the County’s decision to invest $3.5B into expanding the world’s largest jail system instead of community-based alternatives to incarceration. 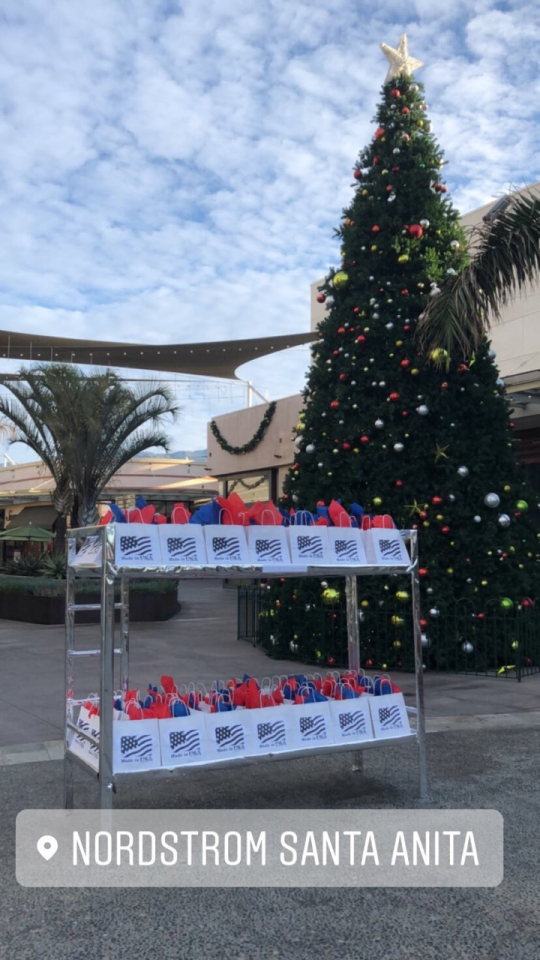 Cullors says, “Los Angeles County is embarking on one of the largest jail construction projects in the history of jails and prisons. JusticeLA has come together in our latest art action to highlight those who are most impacted by incarceration over the holidays. This holiday season millions of incarcerated people won’t see loved ones, enjoy a holiday dinner with family or spend time with their children. Instead they will sit in a jail cell. This jail bed action is to reminder to all of this holiday season about what we should be investing in and that is community-based alternatives to jails that keep families together.”

JusticeLA advocates for funding to go into community-based alternatives and not jails to address the communities with the highest rates of imprisonment. Those communities tend to be primarily poor and working class communities of color that are also disproportionately high in unemployment, home foreclosures, school cutbacks, inadequate access to healthcare and lower-than- average life expectancies. 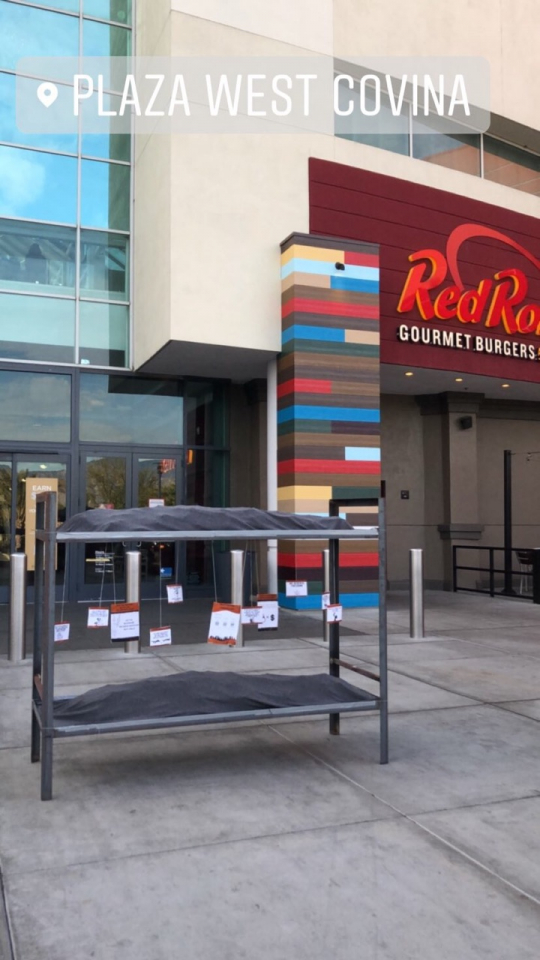 New media artist Nyende adds, “This project is about showing love and compassion to my family. Our community has been separated, caged and sold off for generations. I hope this bed inspires people to write and think of their loved ones in prison or jail.”

“This project provided a way for me to express my feelings about the prison industrial complex from the perspective of a loved one,” explains Cole James, one of of the featured artists whose jail bed is on display in Carson at the South Bay Pavillion. “The loss, longing and destruction caused by the system of penitentiaries extends far beyond their bars. It is shredding the happiness of families.”

Artist Qwazi shares, “My brother is an inmate at Wasco State Prison. A brother’s bond is unexplainable, but the distance set between us is fully tangible. The thin glass that separates our conversation is endless and the anxiety of it gets the best of both of us. His children will be teenagers the next time they hold and hug their father and I will be in my 40s when I can finally have a beer with my brother. I am not proud of the reasons for which he is there, but I do know he needs rehab instead of incarceration. I fear he will lose his humanity and loving heart in a place so lonely and dark. My feelings of helplessness grow daily and my heart has been heavy since the day he was arrested. This was an opportunity for me to express the oppression which has been laid upon my brother and myself.” 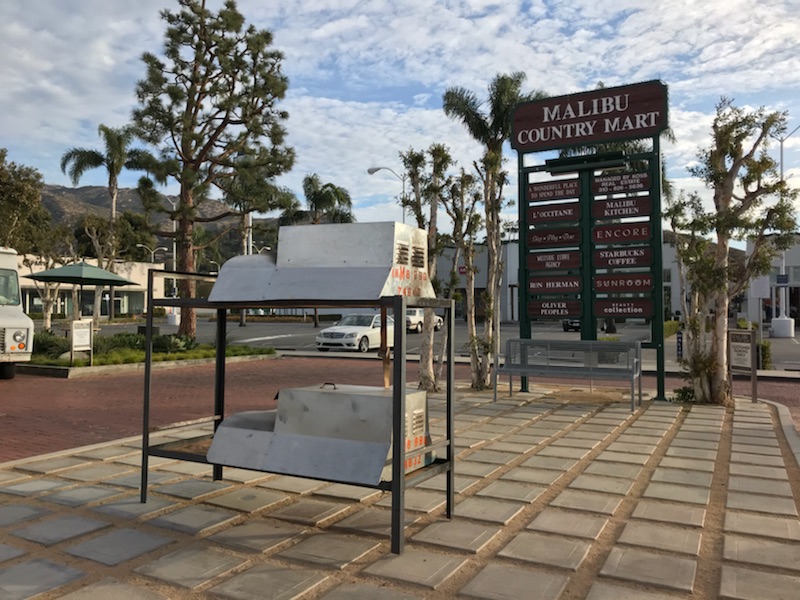 Qwazi’s jail bed will be on display in South Gate at the Azalea Regional Shopping Center.

Alabama native, Ciara Green is a self-taught artist and a business owner who fosters her craft in Los Angeles. Her brother Dewey has been wrongfully serving a sentence of life without parole at Smith State Prison in Georgia since 2015. During his time there, he has written her many letters of which excerpts have been taken to be used as a part of her jail bed project on display in Beverly Hills. Ciara says the words that are harsh and painful to read, but it is the reality of those who are incarcerated.

In L.A. County, 40 percent of female inmates are Latino while 32 percent are Black. The men’s facilities’ population is currently 50% Latino and 30% Black – over 80% people of color. While Black people make up less than 9% of L.A. County’s population, they are almost a third of the county jail population. The most impacted districts in L.A. County are Districts 1 and 2 represented by supervisors Hilda Solis and Mark Ridley-Thomas and encompassing the larger areas of East L.A. and South L.A. neighborhoods that are predominantly low-income/working class, migrant, Black and Latino. More than half of those imprisoned have not been convicted of a crime and cannot afford bail.

In September, JusticeLA launched their campaign to fight back against the L.A. County Board of Supervisors plan to spend $3.5B on jail construction and expansion by coordinating the largest display of jail beds ever used in a demonstration when the set up 100 jail beds in the middle of downtown Los Angeles.

To follow and see all of the artists and their jail beds on display Christmas Eve, follow @JusticeLANow on social media and the hashtag #jailbeddrop.