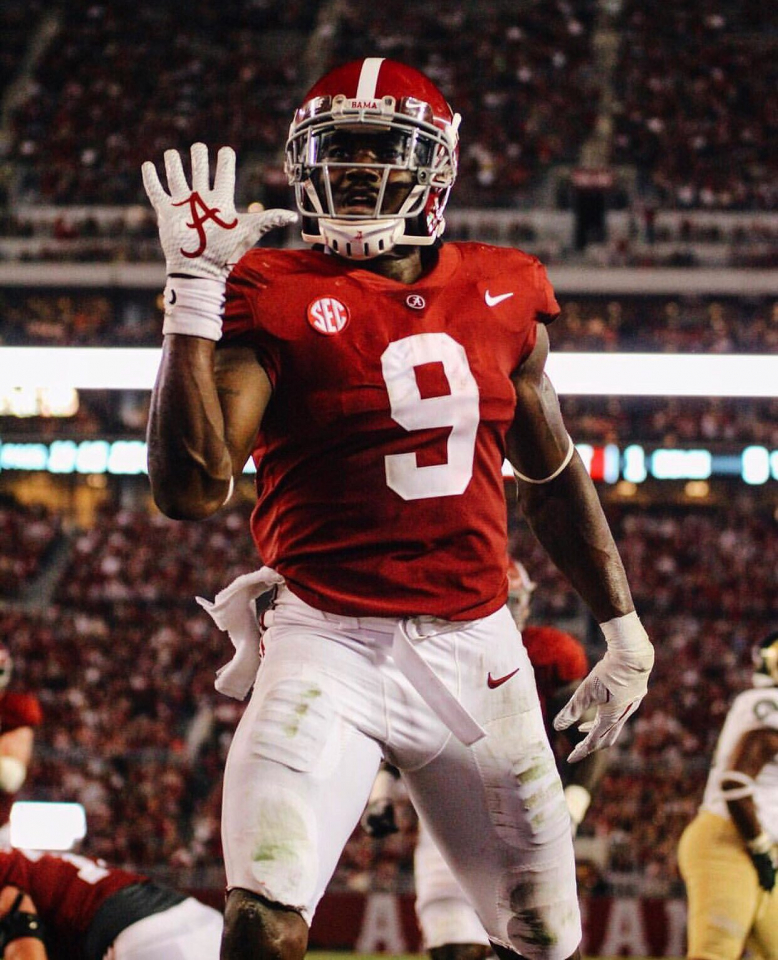 While the world of gridiron fans should be talking about more about Alabama Crimson Tide left-handed quarterback Tua Tagovailoa performance, instead the fodder is the outburst running back Bo Scarbrough made as he walked through the hallowed halls of the Mercedes-Benz Stadium in Atlanta during the 2018 college football championship game. The unpleasantry was captured in a viral clip that was shared by the Sporting News, identifying the commenter Scarbrough.

When you listen to the video it sounds to the naked ear like he’s yelling “F–– Trump,” but No. 9 denies it. On Twitter, he says he yelled “F–– Georgia.” Six in one, half dozen in the other, the behavior is undeniably reckless. He tweeted, “If y’all really listen I said Georgia smh about y’all people in this world.”

If y’all really listen I said Georgia smh about y’all people in this world https://t.co/VXKFBk7Vnh

President Donald Trump attended the first half of the game for the “Star Spangled Banner” before flying back to Washington, DC, on Monday night.