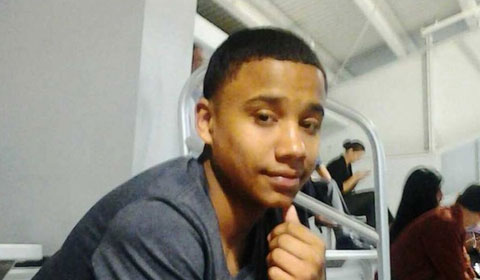 A Cleveland, Ohio community is grieving and asking questions about the deadly shooting that claimed the life of Thomas Yatsko, 21, this past weekend. According to Cleveland.com, Yatsko was shot on Saturday, Jan. 13, but his immediate family was unaware of his death until hearing local news reports about the shooting this past Tuesday.

Yatsko and some friends were at the Corner Alley bowling alley and bar in University Circle. According to a Cleveland police spokesperson, a fight broke out and several people were ejected from the bar, including Yatsko, by off-duty officer Sgt. Dean Graziolli, who was working security. It is alleged that Yatsko returned to the bar and attacked Graziolli, who then pulled his gun and shot Yatsko, who fell mortally wounded. There were nurses at the bar who rendered emergency aid to Yatsko, who was conscious and breathing for several minutes. There were at least two calls to 911 that stated that an officer got into a fight with a customer, both callers seemed to indicate that a lesser level of force could have been used. Yatsko was transported to a nearby hospital where he died a short time later.

Police have confirmed that Yatsko was unarmed at the time he allegedly attacked Sgt. Graziolli, who reportedly suffered several injuries that included cuts and bruises on his head, face, and body, according to a police union representative. Graziolli has been placed on administrative leave until the investigation into the shooting is completed. In 2014, Graziolli pleaded guilty to eight first-degree misdemeanor counts of falsification of reports. He was indicted “for stealing from the public by claiming to be at work when he was not.”

Yatsko’s family and friends are bewildered that the hard-working young man was involved in a fight and now dead by a cop’s gun. According to statements given to media, he was always helping others, even giving food to the homeless who came to his job at a local Dunkin Doughnuts.

The recording of the 911 call can be heard below: