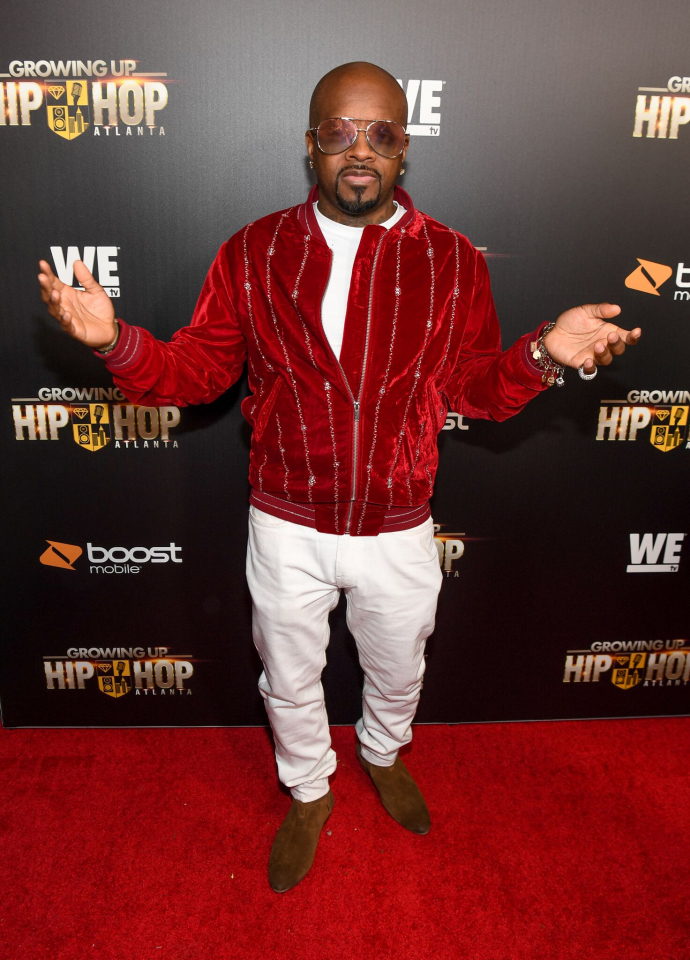 The 26th Annual Trumpet Award honorees have been announced. The event which will be taped on Saturday, January 20, 2018, conceived by Civil Rights leader Xernona Clayton in 1996 to recognize the outstanding accomplishments of African Americans and those who have succeeded against great odds and inspired success in others.

Cameo – A soul-influenced funk group that formed in the early 1970s. Cameo was initially a 14-member group known as the New York City Players; before later changing to Cameo to avoid being confused with Ohio Players another funk group in 70s. According to their Facebook bio, Cameo topped the R&B charts for more than a decade, has sold more than 17 million albums, and Cameo is one of the most popular funk, rock and soul bands of its era. Line-ups change, styles evolve and record labels merge, but Cameo has maintained its core funkiness for nearly four decades. From the 70s through today, CAMEO has been churning out trailblazing hits. The group’s pivotal sounds are a part of music history. Cameo has permanently marked major turning points in music and set the standard that many have tried to duplicate and follow.

Richelieu Dennis – Founder of Sundial Brands and Essence Ventures Richelieu Dennis will be recognized with The Entrepreneur Award. Driven by his passion for entrepreneurship and sustained by a vision to fill unmet consumer needs, Dennis founded SheaMoisture in 1991 which has grown into one of the world’s most recognized beauty brands. Just this month, it was announced that Dennis’s Essence Ventures, LLC will acquire Essence Communications, Inc. which includes Essence Magazine.

Tamika Mallory – Activist and National Co-Chair of the Women’s March, Tamika Mallory, will receive The Impact Award. In 2009, Mallory became the youngest Executive Director of the National Action Network (NAN). She gained recognition as one of four co-chairs of the Women’s March on Washington, which saw participation from five million people worldwide. Her role in the March landed her on the 2017 Time 100 Pioneers List and Fortune’s 2017 List of the World’s Greatest Leaders.

Marley Dias – This 13-year old social activist behind the #1000BlackGirlBooks will be given The Trailblazer Award. Dias has appeared on “Ellen,” “CBS This Morning” and BET’s “Black Girls Rock,” and recently became the youngest person featured on this year’s Forbes 30 Under 30 List.

Dr. Lonnie Johnson – Nuclear engineer and inventor Dr. Lonnie Johnson will be honored with The Innovator Award. Dr. Johnson holds more than 80 patents, including his most famous invention, the Super Soaker® water gun, which is one of the most popular toys in the world with sales approaching sales of $1 billion.

Rhyon Brown – Actress, singer and dancer Rhyon Brown will receive the Rising Star Award presented by McDonald’s. Brown is best known for her role as Elizabeth “Lizzie” Sutton on the ABC Family series “Lincoln Heights” and has had recurring roles on “That’s So Raven,” “Judging Amy” and Tyler Perry’s “For Better or Worse.”

The Trumpet Awards were acquired by Bounce in 2016. Thus, the 2018 Bounce Trumpet Awards, the prestigious annual event celebrating African-American achievements and contributions, will air exclusively on Bounce on Sunday, February 11 at 9:00 p.m. ET.

Cee Lo Green, Omar Gooding and Angell Conwell will be among the presenters.