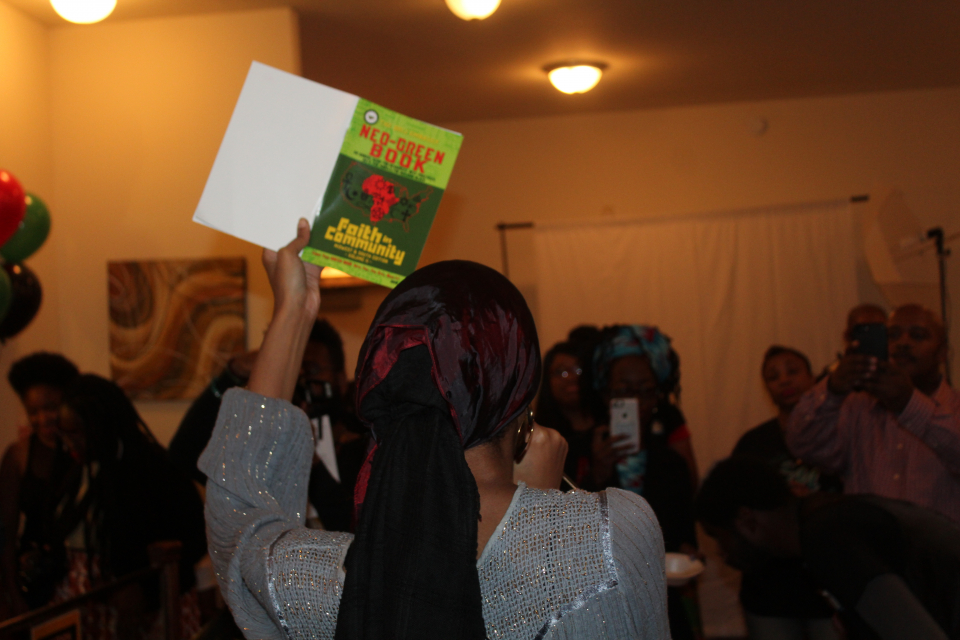 TeQuila Shabazz showing the Neo-Green Book to the people who have gathered for its release – (Photo credit: Eddy “Precise” Lamarre for Steed Media)

The Negro Motorist Green-Book was created by Victor Hugo Green. The publication served as a resource for African American travelers who searched for lodging, gas stations, automobile mechanics and other businesses that would serve them as they trekked across the United States. Racism at the height of Jim Crow inspired its creation. It ran from 1936 to 1966.

In 2018, racism still exists and although Jim Crow is no longer in effect, there is still reason to compile and share the information related to Black businesses. In order to truly create a viable economic base, Black dollars need to circulate in the community in order to build a powerful foundation that will lead to true influence.

This is where TeQuila Shabazz of the BRIJ Embassy for Black America comes in. She has created a Green-Book for the new millennium. Neo-Green Book features Black businesses, resources and best practices for building Black. We spoke to her recently about her endeavor and why it is important specifically during these times.

Why it is important to build Black?

To build means to construct by putting parts or material together over a period of time. To build Black is to put the pieces of our communities back together through our intentional actions. The most critical task of Black people in America is getting to the basics of creating independent communities that thrive on the support of its own people. This requires an awakening of self and recovery similar to that of any sick or addicted person, a healing process that is built from direct action, that in 10-15 years will bear the fruits of our labor. We can build today, or be destroyed tomorrow.

What inspired you to create the Neo-Green Book?

Harriet Tubman built networks of people and places that were organized to keep Africans in America safe while they journeyed North and West toward dreams of liberation. Victor H. Green identified businesses that were safe for Africans in America to stop at while they journeyed from South to the North and West toward dreams of liberation. Today we’re still pleading for Black lives to matter, and once again it seems to have fallen on deaf ears, so once again we create a network of people that will respond in times of need and a guide to help identify the people and places reinvesting in Black people.

The future of our communities depend on resetting a lot of our ideas and habits around what it means to build black, being able to identify and support the people and places that are reinvesting back into us, knowing what models and organizers we should be paying attention to, and what areas have been identified as “racial hotspots,” or as they were called in the past, sundown towns. The slogan on the Green-Book is “Carry Your Green Book … You May Need It.” We say,”you still, need it.” Everyone should have a copy of this publication in their cars or bags. They’re available in digital format or print and can be ordered from www.brijembassy.com/awareness. You can also follow our pages on IG and FB via @theneogreenbook.

You run a group on facebook called BEBA. What is BEBA and how does it add value to the community?

BEBA is an acronym for BRIJ Embassy Black Academy, is a facebook group that serves as an online community encouraging PRactitioners (group members) to share their receipts from Black-owned businesses and pictures with a short write-up of the time they’re spending in the community. We track and measure the time and dollars being exchanged between Black people in our communities, and share this information via the Green Book, workshops and market research. BEBA promotes the practice of being intentional and strategic. In addition to sharing our time and dollars, we share information that celebrates our blackness or serves as a warning to the threats around us. BEBA has reinvested over 1.5 million dollars into Black-owned businesses and over 8,000 hours of service back into our communities. Within BEBA our dollar is circulated eight times before it leaves our network and we support Black businesses at 3 percent higher rates than the national average. This speaks to the power of an educated consumer operating within a space that drives awareness, enforces accountability and creates practical action steps. PRactitioners are encouraged to level up by joining our online BEBA Book Club & Study Group and offline for 1st Friday Meet-Up & Master Sessions, as a BRIJ Member, or First Respondent.

Who would you say is the African American that inspires you the most and why?

The work and accomplishments of the most Honorable Elijah Muhammad inspire me the most. He was able to establish the longest standing living example of what cooperative economics amongst Black people in America looks like. With all of our education, access, and capital, we still have not been able to produce the same results as he had under his leadership.

What would you say to those who an issue with a Black business?

I would say if you have an issue with a Black business, handle that complaint like you would any other. Let’s not throw our already fragile business community under the bus. The first thing our people love to do is drag all of our businesses when their issue was with one. It’s ok to vent, but make sure you use clear statements that reaffirm your love of our businesses, i.e., “I absolutely love black-owned businesses, so I’m disappointed when I have the rare bad experience. ABC company promised to deliver a package by …” This isolates all Black-owned businesses from ABC company. We have rights as consumers to great service, so at BRIJ we’ve created a system where individuals can report their experiences as Black consumers, whether good or bad, for any business serving our communities. We monitor these complaints or compliments, and when a business receives more than three mentions from various individuals, we reach out to alert the business of what the community is saying about them. I’ve mediated quite a few issues between the consumer and Black-owned businesses, and most times the issues were minor disagreements or misunderstandings that went too far. Sometimes the issues were things that the community had to be alerted about, and our support was immediately stopped. I ask that people visit www.brijembassy.com/action and use our feature to report in, or join the FB group @beba.

Check out a few pictures from the release party of the Neo-Green Book below. 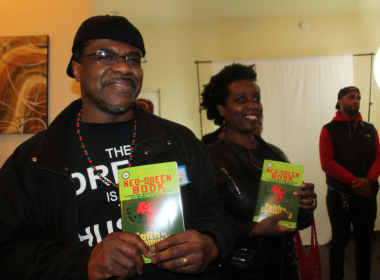 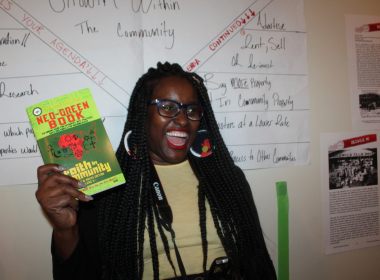 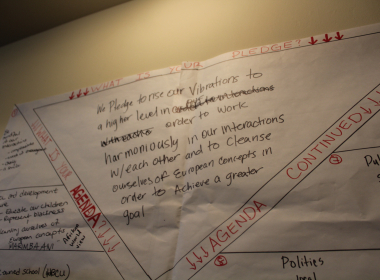 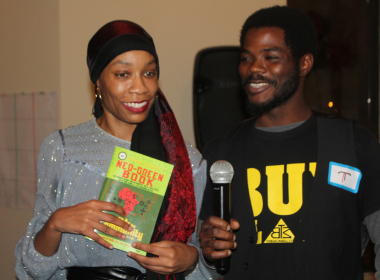 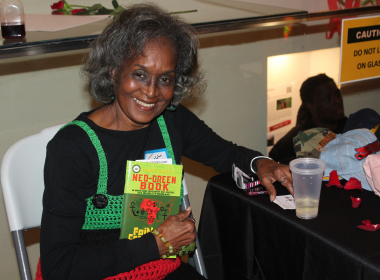 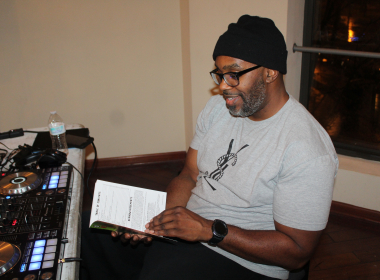 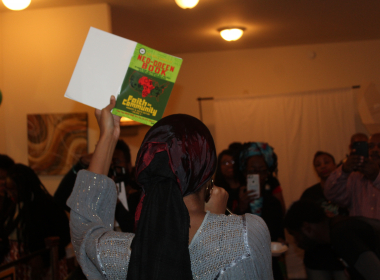 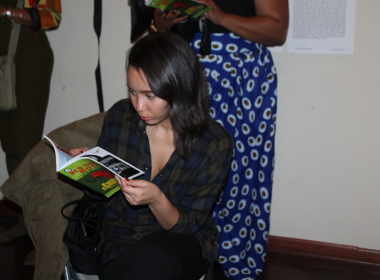 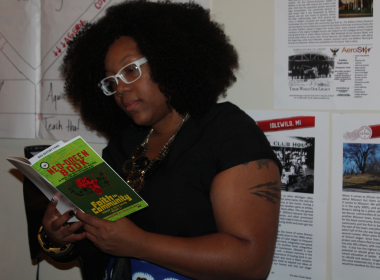 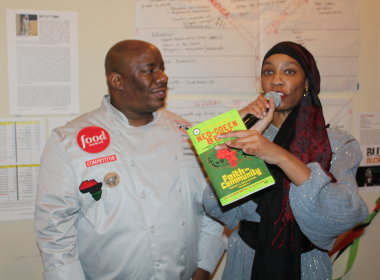 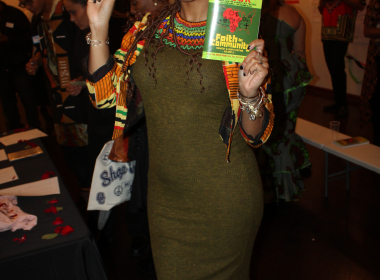 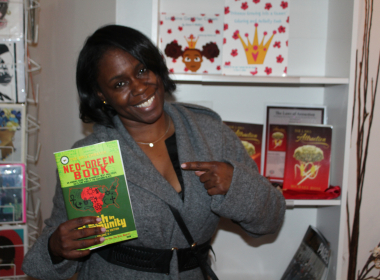 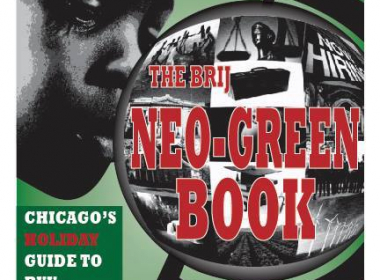 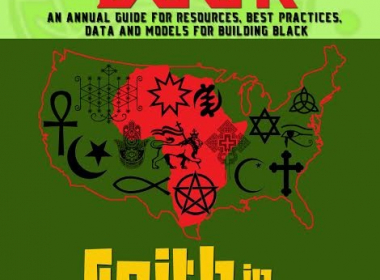