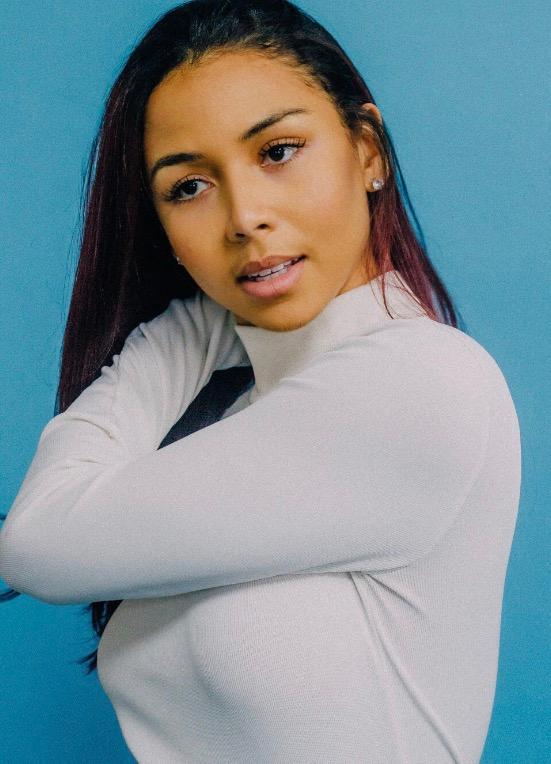 Rising star Mariah Buckles recently released her first six-track EP, To Die For, on Soundcloud. The new artist shares with rolling out why making music doesn’t feel like work.

When did you know that being a musician was your calling?
I never knew that being a musician was my calling. I used to wait for my mom (and the neighbors) to leave for work and go into the garage and sing. It didn’t cross my mind to pursue musicianship until after I started writing my own lyrics. It had become my favorite music, probably because nothing is more relatable than your own narrative.

Describe three other occupations you’ve held.
I used to work in retail. I’ve worked in an office. I’ve worked at a grocery store. I was even a Hooters girl once.

Seeing people like me, who work and whose family worked for everything they have, earning respect for their creative expression inspires me to continue to do me and be less reserved about sharing it. I wouldn’t call it performing, just sharing.

What instruments, if any, do you play?
None really. I played the violin in elementary school but that was 100 years ago.

How would you describe you brand of music?
I don’t feel the urge to put a title or genre on the kind of music I make. I honestly don’t even like for it to be referred to as singing. I’m just telling you about the things I experience and the thoughts I have.

When you are on stage, what do you want to convey about your style?
I only want to convey that there’s nothing wrong with expressing yourself and being you. Style is just subjective.

Name three musicians who have influenced your approach to being a musician.
Sza, a Scorpio like me, who makes the most relatable music I’ve ever experienced. Chance the Rapper, an independent artist who earned his notability through his talent, not affiliation. The entire Quality Control Family, a tight knit organization in the heart of Atlanta where Black men from the streets are dominating as businessmen.

Describe your creative process from concept to complete song.
Creating and completing a song is honestly indicative of the energy, the production, the lyrical composition, and how they all encounter each other.

What advice would you give anyone preparing to enter the music business about publishing and management?
I’m just now entering the music business myself. The only suggestion I could make is to thoroughly network and do more listening than you do talking. Being knowledgeable goes a long way these days. Image isn’t enough.

What do you like the most about being a musician?
My favorite part about making music as a career is that at least making music doesn’t feel like work. I only feel expression.

What producers are you looking forward to working with soon?
There are so many producers I want to work with. Travis Scott, Steve Lacy, Wondagurl, Anthony Tiffith, Kanye West, Pharrell Williams, Calvin Harris, the list goes on, though I really want to start producing some of my own stuff.

Name three musician you would like to record with that are hitmakers.
Swae Lee, Lil Uzi Vert, Childish Gambino.

What musical awards have you aspired to receive and haven’t obtained yet?
Record label signing offers.

Finish the sentence: When the crowd is responding to my music I know …
I’m not alone.