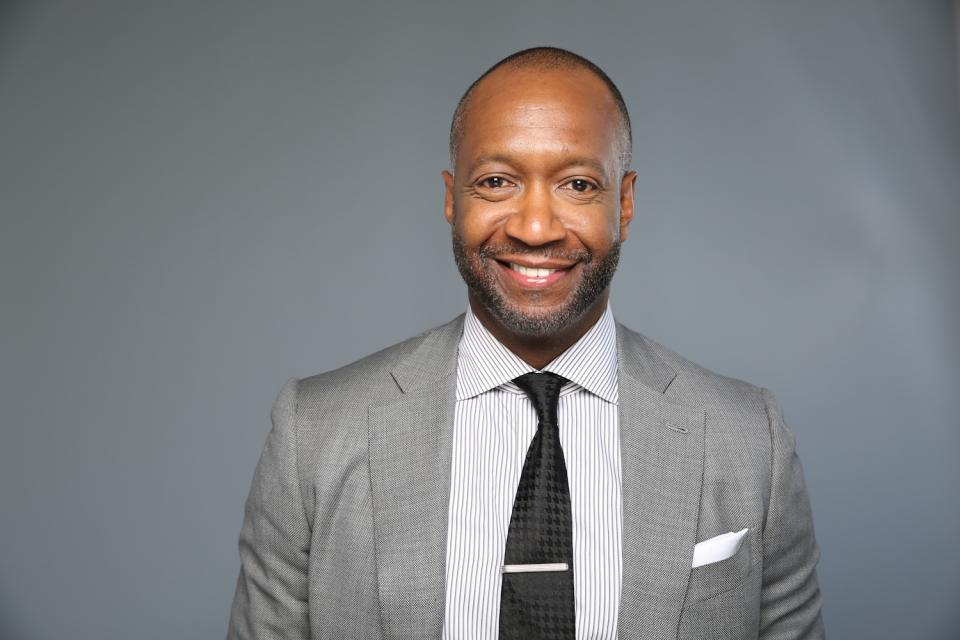 ABFF (American Black Film Festival) Ventures, a multifaceted entertainment company specializing in the production of live events, television and digital content targeted to upscale African American audiences, is gearing up for two highly-anticipated events leading up to the summer. The first kicks off this year’s award season. ABFF Honors returns to the Beverly Hilton in Los Angeles on Sunday, Feb. 25, with actor and comedian Cedric The Entertainer as host.

ABFF Honors celebrates individuals of African descent who have made distinguished contributions to American culture through their work and salutes the year’s best movies and television shows. At this year’s ceremony, Ava DuVernay will receive the 2018 ABFF Honors Industry Visionary Award. Other categories include the Movie of the Year Award, Television Show of the Year Award (Drama & Comedy), Hollywood Legacy Award, Excellence in the Arts Award, Entertainment Icon Award, Industry Visionary Award, Distinguished ABFF Alumni Award and the Rising Star Award.

Next, the 22nd American Black Film Festival (ABFF) returns to Miami on June 13-17, 2018, with an exciting lineup of film screenings, events and innovative programming. The festival is an annual event that is dedicated to showcasing film and television content created by and about people of African descent. Actor Jay Ellis will serve as the 2018 ABFF celebrity ambassador.

The founder of ABFF Ventures, Jeff Friday, spoke with rolling out about his journey and the history of these events.

What can we expect with this year’s ABFF Honors?
The original intention of the festival or the mission statement, I should say, is kinda two-fold: one to showcase the work of people of African decent and that’s what the festival does. Our corporate mission is to showcase the work of people of African descent in Hollywood in film and television, as well as promote camaraderie amongst Black artists. The third piece is to just fuel diversity across the industry at large … to get more Black people in-front and/or behind the camera working and acting. It’s why we exist as an organization.

Everything we do under the ABFF brand is really about our secret-coded mission: “We want Black people to talk to each other so we can be powerful as a community.” We don’t complain about what the Oscars or what the Golden Globes is doing, because we have our own.

We don’t talk about it. We just do it. That’s why the show’s important. We’re honoring Ava DuVernay this year. Omari Hardwick is getting our Alumni Award. Ava’s getting the Visionary Award. And, Billy Dee Williams, whose legacy has never been honored in this capacity, is getting a Legacy Award. Tiffany Haddish is getting a Rising Star Award. It’s a big time night, like the Golden Globes, and we just celebrate ourselves. We also have a program called the Greenlighters Academy, which is a three-day workshop for aspiring kids from HBCUs who want to break into the business as executives. That’s coming up later in the summer. The theme of all of our events is to support, to showcase, and to promote camaraderie amongst Black people in the business.

Are there any surprises or spoilers?
The Honors is a private event for the community. It will not be broadcasted this year. It’s just going to be an amazing night. The idea again is to keep people rallied around Black culture and Black art.

Tell me a little bit about your background and how you got into doing the film festival.
I went to Howard [University] undergrad. I’ve always had a strong interest in media and how Black people were portrayed in television and film more specifically. Originally, I had aspirations to be a director. I thought that the vision for me would be in front of the camera, not as an actor but as a director. I would create and produce movies that talked about the diverse Black America I see. I was accepted to NYU’s Film School, but I decided to forgo that for the MBA program. I graduated from the Stern School of Business at NYU with an MBA and I pursued a path in marketing. I ended up as head of a Black ad agency, UniWorld, which is probably the oldest Black ad agency in the country. I was president of UniWorld. In 1987, I went to Sundance to see Love Jones to support Nia Long and Larenz Tate. That was their first big movie. That’s when everything happened for me. I got a better understanding of how independent films fit into the whole Hollywood landscape. I left there with a burning desire to create an African American version of that. That’s how the festival started. Five years later, I left the job as an ad exec and started the company.

While still at UniWorld, were you working on ABFF between or simultaneously?
It was like our pet project. I was head of an agency. That’s what I was getting paid to do. But, our agency kind of took it on. Byron Lewis, who founded UniWorld, is my mentor and my boss at the time, said “Hey I love this. Let’s just do it on the side.:

We involved everyone at the agency. We said we’re going to do a festival. The first year, it was in Acapulco, because one of our clients was the Mexican Tourism office. We called them and said we want to do an African American version of Sundance. And they were like well let’s do it here. That’s how it started. This was an agency pet project. They didn’t pay us, it wasn’t about money. It was just about the community. It got bigger and bigger.

The Sundance experience was in January of 1997. I came back to New York and sometime mid February, I had a lunch with my bosses and we decided over lunch that we were going to start our version. June of that year, we were having the Acapulco Black Film Festival. This whole thing happened in three months and that’s the part that’s so miraculous about the whole story.

The first year we honored Halle Berry as a Rising Star. Someone said to me, “How did you get the word out?” I don’t remember; there was no social media in 1997. I called people like Robert Townsend who supported us the first year; and Bill Duke. Debbie Allen was there the first year, and Kenny Edmonds; we had a few friends including John Singleton. It was fantastic. The very first year was my favorite, because it was so new. We realized after the first year, that it was something to this. We premiered like 14 movies. It was small, but it was great. The next year, Denzel Washington came and that’s when the cat blew off it. “Access Hollywood“ followed him to the festival and they did a whole piece of it. The third year, we had 800 people then 2,000 and by the fifth year, we were up to 5,000 in Mexico. In year six, we moved to Miami, because we outgrew Mexico.

You just moved from the East Coast to the West Coast. What made you move?
Well this year, we are launching a film division. Now ABFF is more than the events and the shows. I’m here to build that out. We’re already working on our first movie, a documentary film in partnership with Lifebox and National Geographic on the Yusef Hawkins story. Back in 1989, he was a 16-year-old and was attacked by a mob of Italian kids in Brooklyn, New York. It was like a predated Rodney King, because they thought he was there to see some Italian girl, so they mobbed and murdered him. We’re doing our first documentary about that and it’ll more than likely be out the summer of 2019, which is the 30th anniversary of his death.

Do you ever have any fear or insecurities about stepping away from the comfort of a job?
It was 17 years ago. Of course you do. You always fear. But, I tell everyone you have to follow your dreams and that’s what I did. The great thing for me was my boss at the time. I give a lot of credit to him, because he was an entrepreneur and he was very supportive of me wanting to do the same thing. You know some people kill your dreams. But, he was a dream builder. When I first started my company, I stayed in that office for six months, because I didn’t have money to go get an office space. He’s a very integral part of my success.

ABFF continues to grow. What can we expect at this year’s Festival which will be held in Miami?
ABFF, this is our 22nd year, and I’m super happy. Jay Ellis, who plays Lawrence on HBO’s “Insecure“ is our ambassador this year. We just have another incredible program of films, panels, celebrity talks and networking events.

This only works when two things happen: when the celebrities come, when the media like rolling out support us and writes about us and when people show up. I always say when people stop coming and people stop writing about it, that’s when we will stop. As long as it’s relevant, we’ll keep going. Every year, we’re surprised at how many people come out and show up. Now the new thing is with so much Black content on television. All the studios come. Last year, we premiered “Insecure,” the first episode. John SIngleton has a new show called “Snowfall” on FX. We premiered it. And “Queen Sugar” premiered. Now you can expect more of this TV content and world premieres of some of the shows coming out this year. Networks always bring casts and we always do a lot of cool talkbacks and things. It’s just five days of just great company and great content.