The Ford Law Pros PC, led by managing principal Yaida Ford, is fully committed to serving in the areas of estate planning, community associations, landlord-tenant, civil rights, employment law and consumer protection. We recently caught up with Ford to talk about a recent case of injustice and how we need to be positioned and armed to address such issues.

Attorney Yaida Ford, what was the backdrop for this particular case?

My client was a patron at Iverson Mall in Temple Hills, Maryland. While at the mall with his wife and son, he was mistaken by mall security officers as a man who had attacked someone at the mall. He was tasered, pepper-sprayed and ultimately handcuffed by Prince George’s County police. While being handcuffed by police, two mall security guards began beating him in his head and face. He was ultimately released from police custody but was badly injured. I brought a lawsuit in federal court against Iverson Mall, the security company and two members of the Prince George’s County Police.

Why did it take five years for the case to be heard?

The police and the mall filed seven motions to dismiss the case. This is a tactic known as “papering.” The tactic raises the costs of the case by creating a lot of work for the other side with the hopes that the Plaintiff (the person bringing the lawsuit) will give up. It also slows the case down drastically because judges are busy with other cases and they have to rule on each motion before the case can move forward. Some of my client’s individual claims were dropped, but in the end, we successfully defeated all motions.

Once the trial was set, how long was the litigation process?

What was the biggest lesson you gained since being assigned to the case?

It is important to have a strategy before suing the police for a few reasons. First, the police have every resource available to them when they are accused of breaking the law. They do not have to pay for legal representation. The attorneys who represent them work for the government, which means the taxpayers are paying to defend the police after they are accused of violating someone’s civil rights. Civil rights lawyers have to be prepared for this and have a solid legal team to fight every step of the way. Second, civil rights cases are expensive and the demographic most affected by civil rights violations cannot afford to hire a lawyer or pay the costs of the lawsuit. As a lawyer, we have to be highly selective about the cases we choose and have to create a budget early on. The cases require medical expert witnesses to explain to a jury how the plaintiff was injured and how the injuries affect that person’s life. When the police are involved, the jury will need to hear from a police expert to testify about how the police violated the plaintiff’s civil rights.

What was the verdict? Do you feel that justice was served in this case?

The jury in my case found the mall and security company liable for battery and awarded compensatory and punitive damages in the amount of $125,000. The police were not found liable but we are considering appealing that portion of the verdict. While I’m disappointed with the outcome related to the two police officers involved, the jury did a fantastic job listening to the evidence. I love our civil justice system because it is the only one in the world where a jury of a man’s peers are selected to decide liability in a case where he is harmed. We have a wonderful justice system although there are judges and other government officials who abuse this system with poor rulings and legislation that is drafted in a way that protects police officers whenever they are accused of crimes — even murder. Plaintiffs have such a high bar to prove when their civil rights have been violated and this is in part due to the way that the laws are written by our elected officials. So the verdict means a lot to me, my client and his family.

What are three takeaways that African Americans need to be critically aware of as it relates to the case?

A. Cooperate with law enforcement as much as possible. If you are a person of color, your life is on the line every time you make contact with an officer. Many of them will not harm you if you cooperate with them but there are rogues who will. So always listen and cooperate and if they harm you anyway, call a lawyer.

C. Do not be discouraged if you have a potential claim and lawyers turn you down. If a lawyer rejects your case, find out why and if you feel uncomfortable with the explanation, get a second opinion. 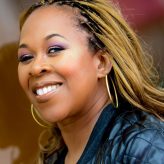 No NFL team has contacted Colin Kaepernick since his controversial workout