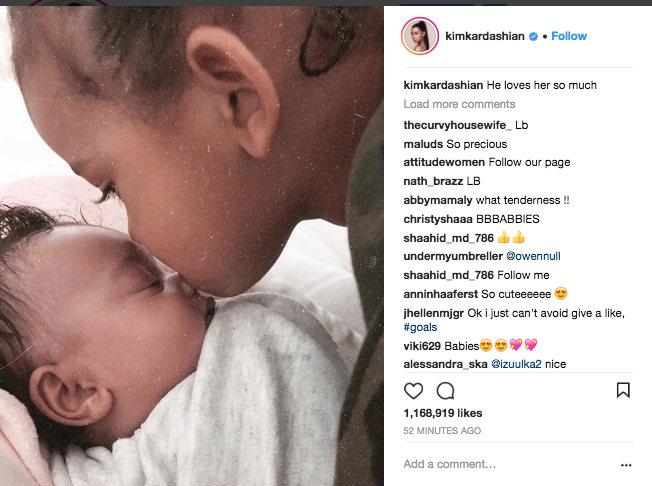 Mmwaahh! Big brother Saint West loves his baby sister Chicago and it shows. Mama Kim Kardashian West, 37, shared the cutest post on Instagram of Saint kissing the 10-week-old newborn, writing “He loves her so much.”

Born on January 15, 2018, Chicago is the third edition to the family. Big brother Saint, who was born on Dec. 5, 2015, is turning out to be the big star on social. Growing up so fast, he wears his hair styled Lenny Kravitz–ish on some occasions and in cornrow braids in others. He makes quite a statement. 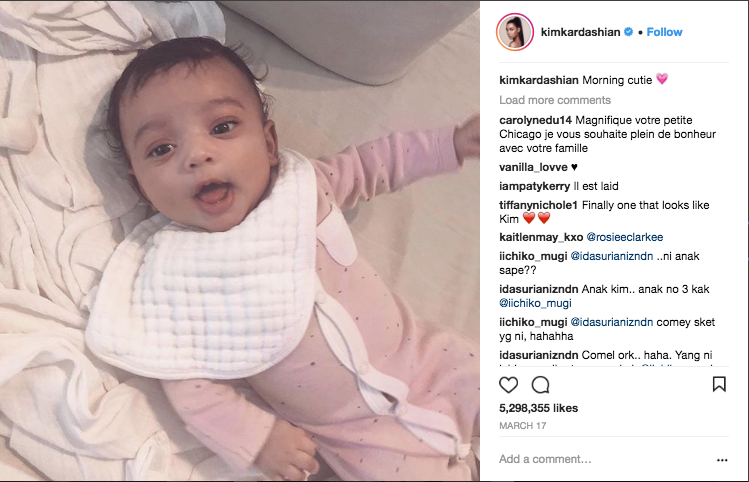 North is Kim and Kanye West’s oldest child and she will celebrate her fifth birthday on June 15, 2018.

Kim’s divorce from her second husband Kris Humphries was finalized on June 3, 2013, just days before North’s birth. She and Kanye married and held a lavish ceremony on May 24, 2014 at the Forte di Belvedere in Florence.