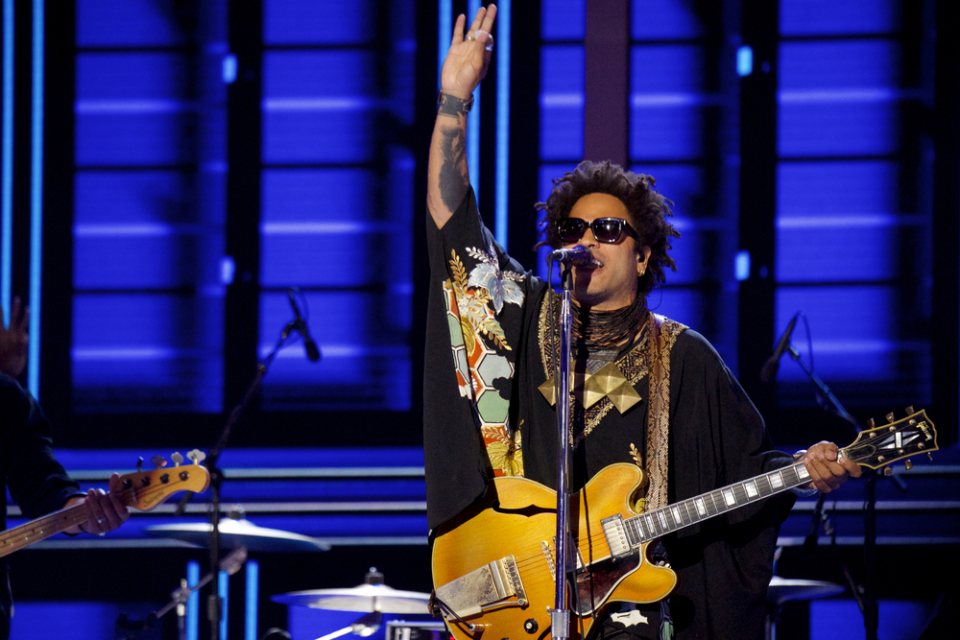 Lenny Kravitz still doesn’t wear underwear, despite accidentally exposing himself on stage when his trousers split.

The 53-year-old musician was left red-faced when he went commando and his tight leather trousers ripped along the crotch to reveal his bare genitalia to the massive audience in Stockholm, Sweden, in 2015, and two years later, he still has not lived the moment down nor has he learned his lesson as he still goes sans underpants.

Speaking to Mr. Porter, the “Fly Away” hitmaker said, “Do I have any underwear on now? No. Thus the problems that I incur.”

And Kravitz insists he did not rip the garment on purpose just to shock his fans.

“I didn’t rip them. They became ripped. It was fine. But it was a little cold in Sweden. I would’ve warmed it up a little, had I known,” he said.

Kravitz — who has daughter Zoe with his ex-wife Lisa Bonet — has claimed he has “done nothing” to his body or face, and simply eats healthy and works out regularly to ensure he looks his best.

“I have done nothing to my body or my face. I just wash it with water. I eat primarily raw, foods that are alive, vibrating, emit energy. I eat off the land in the Bahamas. Discipline is the overall thing. I work out with Dodd Romero in Miami [also trainer to Denzel Washington] with pro athletes,” he explained.

“I’ve never felt so vibrant as I do right now,” he added.

And though Kravitz lives a healthy lifestyle, marijuana was his “vice” when he was younger but he insists he has always stayed away from Class A drugs.

He said, “Weed was my vice. A natural psychedelic here or there. I never got into heroin or coke or pills.”

Meanwhile, Kravitz has revealed he had a “sort of kinship” with the late Prince, and was “most deeply” affected when the “Purple Rain” hitmaker tragically died in 2016.

“We definitely felt a sort of kinship, you know? Somehow Prince affected me most deeply. It really rocked me.

“He passed and it’s horrible, but he really did his thing to the fullest. And I felt like if I had passed, my story is incomplete. I mean, music-wise, I’m not even close. It really made me refocus,” he said.