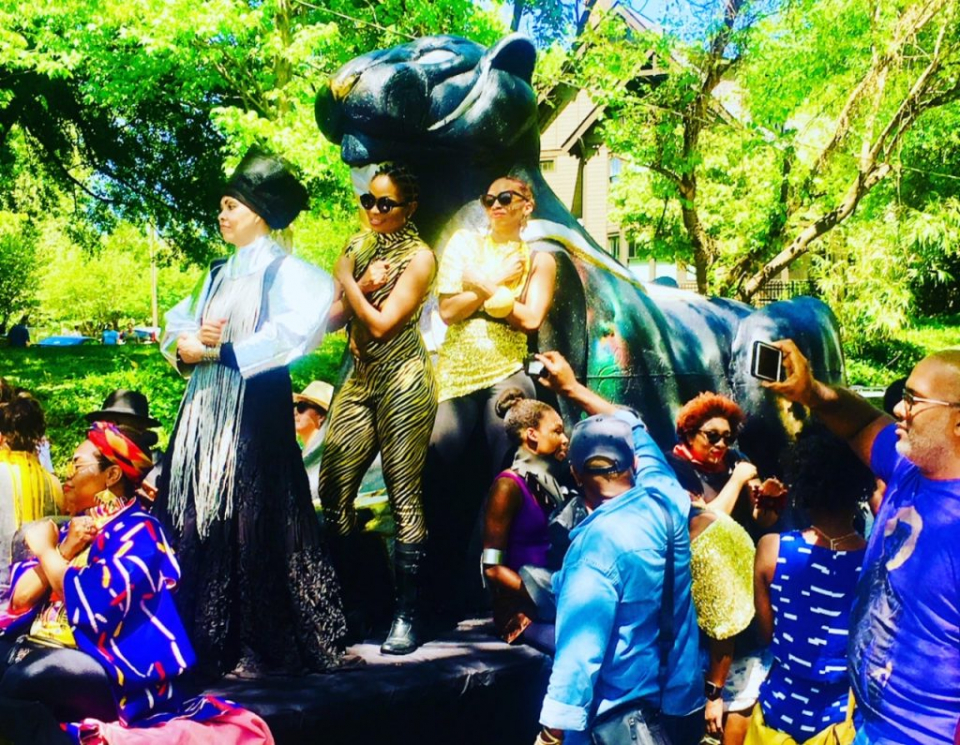 Atlanta artist Fabian Williams continues to do his part to ensure the legacy of The Black Panther lives on. Also known by his online persona, in late March @occasionalsuperstar announced on Instagram – in presumably the first public display of his sculpting talent – a miniature prototype of what would become a 20-foot long sculpture. He stated that he had stepped out of his comfort zone, which he says is the point of being an artist, to create a float for an upcoming parade.

“[It was my] first time sculpting at that size with foam,” Williams said in an exclusive interview with rolling out.

The completed version of the Black Panther Sphinx was featured on the float Williams captained in Saturday’s Inman Park Festival Parade near the eclectic Little Five Points enclave in Atlanta. The festival is a celebration of one of Atlanta’s oldest and most scenic neighborhoods, and the quirky parade had a great turnout of folks looking to enjoy people-watching in the early-Spring ATL sunshine. 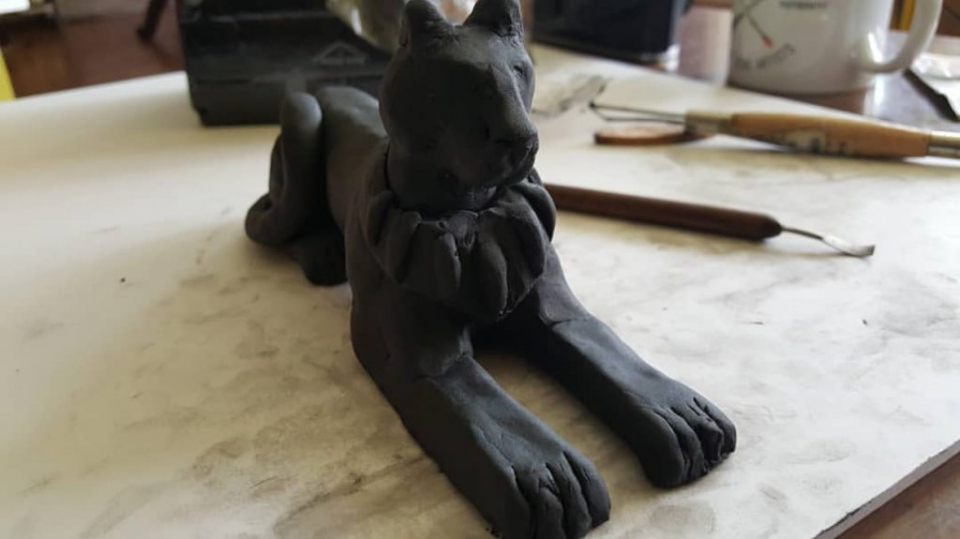 The comfort zone Williams was referring to is the success and popularity he has achieved over the years as a sketch artist, painter, and muralist. The Fayetteville, North Carolina native has a knack for using his artistry to play the role of a modern-day griot. By reimagining heroes of Black culture with an alternative, modern, or futuristic styling, he simultaneously sings the praises of past and present icons while inspiring today’s young people to step into those shoes and become their own future heroes. Williams also allows his art to serve as cultural and political commentary, through which he speaks truth to power in hopes of waking those who seem to lack awareness or courage to address today’s societal ills. 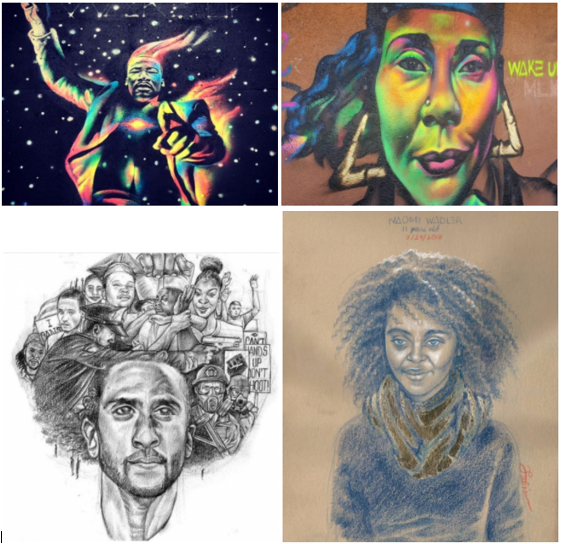 The diverse crowd was in good spirits, readily cheering and interacting with the youth bands, gnome impersonators aka “Gnomies,” politicians, and several other groups marching in the parade. However, the reaction to the awe-inspiring artistry of the giant sculpted black panther and its accompanying drummers alongside other Wakanda-saluting characters was a palpable energy boost. I personally felt proud and gleeful as I exchanged fist-bumps and waves with the Black Panther Sphinx crew as they passed by. Hard work and dedication paid off for Williams on the occasion of the Inman Park Parade, as the Black Panther Sphinx float was clearly the superstar of the festivities (Occasional Superstar…get it?), and Williams was beaming with pride over the outcome.

“…Legit a happy day. I loved seeing the people’s faces, especially the kids,” Williams recalled, adding that he had a large team of local artists, art lovers and supporters help with the project. The lengthy list includes artist Dwayne Wright, Scote and Stephanie Dunn who let the team use their studio, Ro Lawson, Tommy Thomas, Portia Lewis, Indras Whittaker, and Joe Lewis. Winston Powe and Zuri Zahara Love did the costumes.

Proof beyond concept that #atl is #wakanda . The #Blackpanther is here by @occasionalsuperstar #light #inmanparkfestival #atlanta

So, what’s next for the artist, now that his comfort zone has expanded to include sculpting? 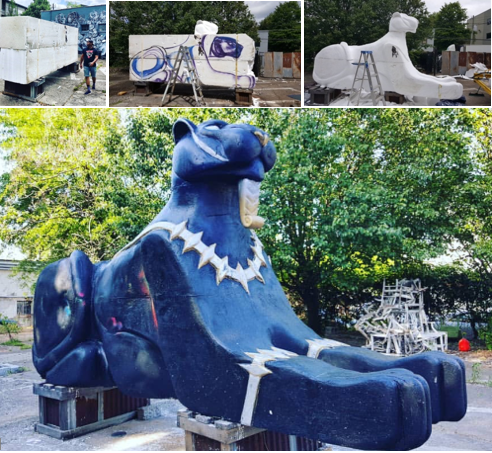 “I’m planning on doing sculptures, starting with the beltline,” said Williams, referring to the long walking/running/biking path that will eventually encircle the city.

In the near-term, Williams will also be returning to the muralist life.

“…Gonna do half his face in Buckhead and half his face on the Southside,” he referred to an upcoming political piece highlighting lies the Nixon administration told about drugs to criminalize the Black community along with anti-war protesters.

That mural would be a timely addition to the resistance against the current administration.