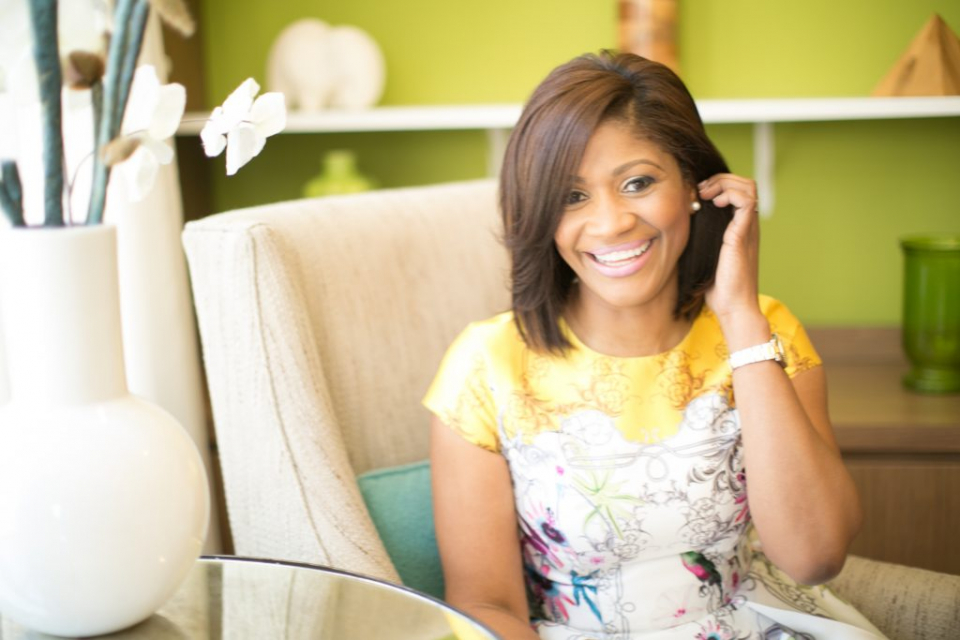 Born to hardworking Caribbean immigrants who came to the United States to provide a better life for their children, Bernie Lawrence-Watkins was motivated to show her appreciation by living a purposeful life. As an exceptional attorney and the president and CEO of B. Lawrence-Watkins & Associates PC, there is no doubt that she is making her parents proud.

At Lawrence-Watkins’ transactional ﬁrm, she and her team represent clients from the entertainment and business industries. The ﬁrm prides itself on helping clients “think and grow bigger by setting up the proper foundation that will allow them to succeed as an entertainer and business owner.”

Lawrence-Watkins has represented top record executives, producers and songwriters who have worked with platinum-selling artists such as Beyoncé, Luther Vandross, Rihanna and Justin Bieber. She has a lot of power and connections in the law and entertainment industries, but she says that power is best used to change lives on a community level.

“A powerful woman is a woman of inﬂuence,” Lawrence-Watkins declares.

And Lawrence-Watkins does just that. In 2007, she co-founded Gather for Good, an annual fundraiser dedicated to local nonproﬁts. Then, she co-founded the Black Women in Entertainment Law Foundation, which assists women of color who work in the legal entertainment industry with networking.

Gain insight into how she lives her life with purpose below.

I consider my superpower to be the ability to remain calm, even in stressful situations. My faith in God has given me the strength to not run away from uncomfortable situations, but to embrace them. As a Black woman in a white male-dominated industry, I’ve been faced with adversity. I have come to learn that life is 10 percent of what you experience and 90 percent of how you react to it. I discovered that once you find your voice, your life experiences will be vastly different.

The key skills or qualities that make me unique as a female leader are resilience and perseverance. Growing up as a foreigner in the United States, I quickly recognized the challenges of being labeled as “different.” I was sometimes faced with discrimination from my peers who looked like me but sounded different because of my “unique” accent. I witnessed the struggle my parents endured in the workforce and the challenges they faced raising eight children in a major city. My life experiences taught me to be resilient and that achieving the impossible is possible as long as I continued to believe in myself and the gifts that God gave me. I learned that perseverance was the only way, and I used that to make a way for myself.

The thoughtful and encouraging piece of advice that I would give to my young self is don’t be afraid to say what’s on your mind. Speak up and speak out about the things that make you uncomfortable. Our voice is sometimes the only thing we have to be heard and we should not be afraid to use it.

Why is it important for women of color to lead or work in leadership roles and decision-making capacities?

It is important for women of color to lead or work in leadership roles and decision-making capacities because we live in a world that is multi-racial and multi-cultural. Our leaders help mold the corporate culture of our companies. Women of color bring a different perspective to the table because their life and cultural experiences have been different. It is also important for children to see leaders that look like them, so they can grasp the understanding that one day they can be leaders too.

If I could thank any Black woman history maker for her contributions to society it would be Michelle Obama. She was the first African American woman to serve as our first lady of the United States. She did not come from a wealthy background, but set out a path to achieve academic excellence and attended some of the best Ivy League schools.  She worked as a successful lawyer while raising two beautiful daughters and taking care of home. Mrs. Obama was a leader in her household. When Mr. Barack Obama decided to run for [the] U.S. presidency, Mrs. Obama gave up her role as an independent household contributor to become a full-time mom in support of her husband. She became a very vocal First Lady, who spoke out about issues and encouraged Americans to use their voice. She implemented programs in our schools that were beneficial to our children. She received a lot of backlash from mainstream Americans, but she continued on her path of excellence with style and grace. She is a true American hero.

Why is it important for seasoned and experienced Black women to reach back and help younger women of color?

It is important for seasoned and experienced Black women to reach back and help younger women of color because the struggle continues. We need more women of color in leadership positions. Success, in my opinion, is not about what I can accomplish for myself, but about what I can do to help someone else. If we don’t reach back to pull up someone else, we will only be contributing to the demise of our race and efforts of diversity and inclusion that our civil rights leaders fought to accomplish over the years.

Who is your biggest inspiration?

My children are my biggest inspiration. They remind me every day of why I work so hard to achieve my goals. They depend on me in so many different ways, so I cannot disappoint them.