Veteran actress Vivica A. Fox (Kill Bill) has gotten into it with another personality affiliated with the hit reality show “Real Housewives of Atlanta.”

The other day, 50 Cent and Parks were both cheesing into the camera—and she seems enamored with the rapper, to boot.

“Everybody knows his strap will have you sprung for 20 years and ain’t nobody got time for that!!! …But he smells amazing and is plum fine, so keep him in your top 3 fantasy roster,” she penned on Instagram. 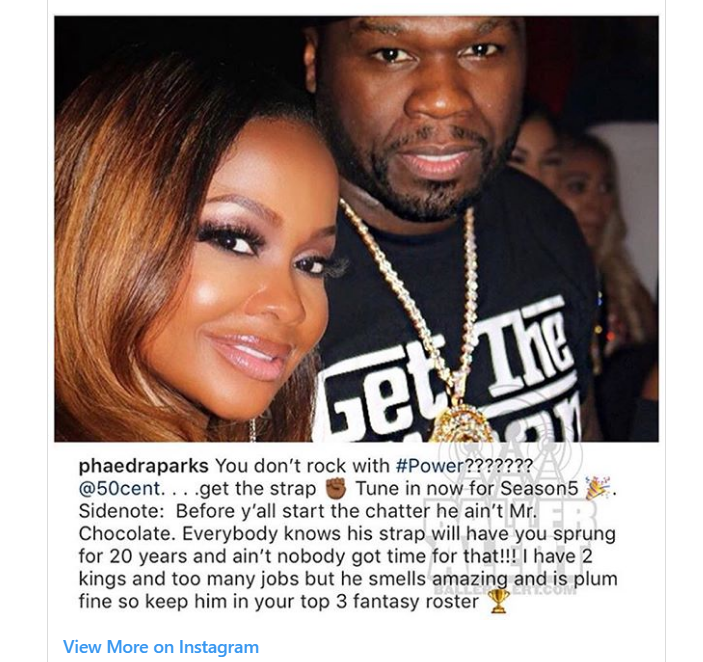 Fox, 53, who starred in Independence Day, Set it Off and Two Can Play That Game, initially chose to ignore the spectacle. But when Parks sent her an actual text message trying to explain that she wasn’t trying to shade her, Fox went volcanic on the entertainment attorney. 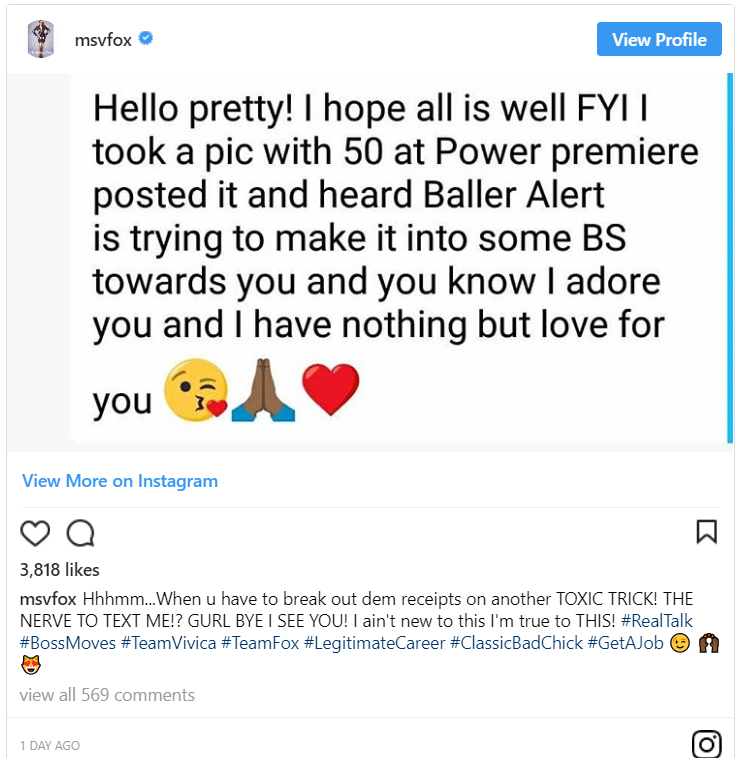 What do you make of this latest dust up?