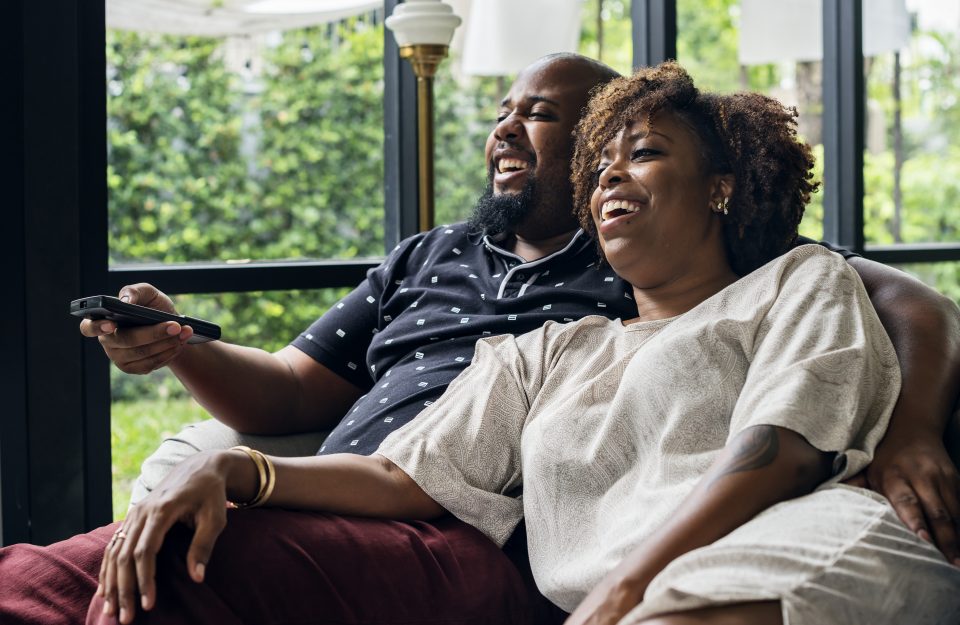 There are so many things that I despise in this world. Politics. Crime. Racism. Lifetime biopics. My life would improve exponentially if those things were effectively eradicated. But there is one thing, that may just rise above them all, to stand alone as the singular most heinous act known to humanity.

Being trapped in the friend zone.

Back in the day, you couldn’t find anything more frightening than being trapped in the friend zone (well, outside of a record contract with Diddy). But by the end of this article, fear of this type of entrapment will be a thing of the past.

Consider me your heart’s Harriet Tubman, as I am determined to lead you to freedom with the following “Six Steps to Escaping the Friend Zone.”

The first step in making your great escape starts with your mindset. Simply put, if you act like a friend, you’re going to get treated like one. Now, I’m not saying that you have to totally forsake the bond you’ve forged with this person, but you do have to avoid typical “buddy” activities at all cost.

So, avoid going to Bed, Bath & Beyond to help her pick out bath towels. And if the guy you like wants to talk about the chicks he’s sleeping with, then address it head-on with, “I don’t think I’m the person you should be discussing this with.”

You have to remain vigilant in your efforts to protect yourself against being banished to buddy-life. My advice: Pretend their friendship is a new Sisqo album to ensure you stay far, far away from it.

2. Shake things up a bit

So, here’s your new strategy: The next time this special person hits you with the “I’m bored” text, take a few minutes and then respond with, “I wish I could hang out, but I have a date tonight.”

More on this next.

This may be the hardest step, but I can assure you that it’s a necessary one.  You need to start pursuing other people. Immediately. By doing so, you gain ground in the long run by triggering an emotion that I affectionately refer to as “jealousy.”

Let me ask you this:

Have you ever had someone constantly pursue you, only to watch them make a sudden about-face to pursue someone else? When it happened, didn’t you secretly think, “Damn, am I missing out on something good?”

Jealousy is a natural emotion, and, as soon as you’re able to use that to your advantage, the sooner you’ll receive your freedom papers.

No, not that type of physical (stay out of the gutter please). And while I’m not telling you that sex is the answer, what I am requesting is for you to break down the physical barriers between the two of you. Simply put, you have to develop a pattern of touching them.

So, any chance that naturally presents itself, initiate some type of physical contact. This can include kisses on the cheek, hugs and playful wrestling. The more you do this, the more comfortable they’ll be with your touch, which gets you that much closer to accomplishing your goal.

Now that the physical barrier has been broken, it’s time to add some intrigue into the equation. The first step is to start sending mixed signals about your actual feelings for them. (If you’re unclear on how to do this, pay attention to Magic Johnson’s relationship with the English language … one day he knows it, the next day, not so much.)

Mixing this type of mysterious behavior with your newfound physicality only raises more questions in their mind. For starters, they’re trying to figure out if you’re actually interested in them. This uncertainty forces them to think about you within the context of a relationship. Mission accomplished … well, almost.

We are now at the moment of truth. If you’ve followed my plan precisely, you should now be ready to close the deal. The final step in officially escaping the friend zone is officially making your intentions known.  And while there’s no exact method on how to express yourself, the one ingredient that must be present is some alone time.

So, once the mood is right, look them dead in their eyes, and let them know exactly how you feel — preferably in three to five sentences. (There’s nothing worse than killing the mood by talking too much.)

The moral: Before you attempt to break out of the friend zone, you need to ask yourself this final question: Am I even going to enjoy this newfound freedom?

Let’s face it; many times there’s only one thing that’s actually better than being in a relationship with someone, and that’s the fantasy of it. In the end, you may find out that it’s not all that it’s cracked up to be. So, before you throw away your friendship, make sure that you’re ready to accept the consequences, regardless of the outcome.

Good luck, and remember: If you get caught during your escape, we don’t know each other.