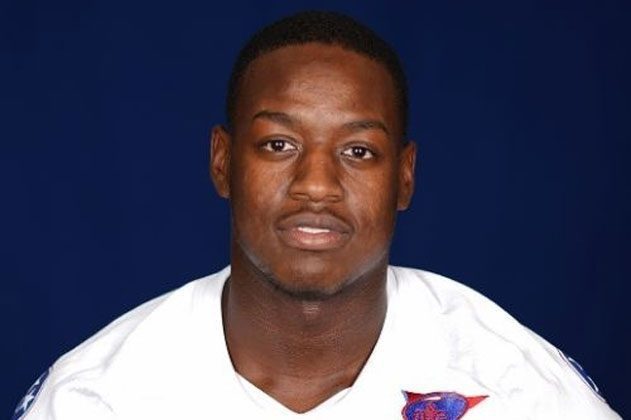 The realities of playing college football for an  NCAA school has hit home in the most tragic way for a TSU athlete injured on the field. Linebacker Christion Abercrombie suffered a devastating head injury during a game with Vanderbilt University on Sept.28, 2018.

As a result of that injury, he has been in critical condition fighting for his life at Vanderbilt University Medical Center. The hospital bills are mounting and those who want to make sure he is getting the best treatment set up a GoFundMe campaign for his care. However, it was reported by outlet HBCU Game Day that NCAA officials put a hold on these actions out of concern that he might profit from his injuries and become ineligible to play.

One GoFundMe page was created by Nashville citizen Jake Waddell and Fachon Reed, the sister of head football coach Rod Reed, and was taken down along with another campaign. Officials at TSU then tweeted the following:

Here is the only NCAA approved GoFundMe set up to assist with the support of Christion Abercrombie & his family. Per @NCAA legislation, Tennessee St is the only entity permitted to solicit funds for the student-athlete & his family.https://t.co/VrQGxlvxxx #StandWithChristion

Currently, the official GoFundMe page has generated more than $41,917 of its $250K goal.

Once the story broke, the NCAA started damage control and attempted to tell its side of the story with the following tweets on Oct. 2, 2018:

“The NCAA did not request that Tennessee State remove any specific GoFundMe accounts, nor was Christion Abercrombie’s eligibility ever at risk.

“Our only focus is supporting Christion Abercrombie and Tennessee State.

“In addition, the NCAA pays the full premium for the catastrophic injury insurance program, which covers student-athletes who are catastrophically injured while participating in their respective sport.”

Dear Inside: AFTER the first $90G is paid by the player. And if this is so, why are bake sales held for Tulane and Ga Southern players?: because your coverage is bull—-. It ought to be Cadillac, with no possible limits anywhere