Skip to content
Music » From Cardi B to Drake, here are the big winners at the 2018 BET Hip Hop Awards 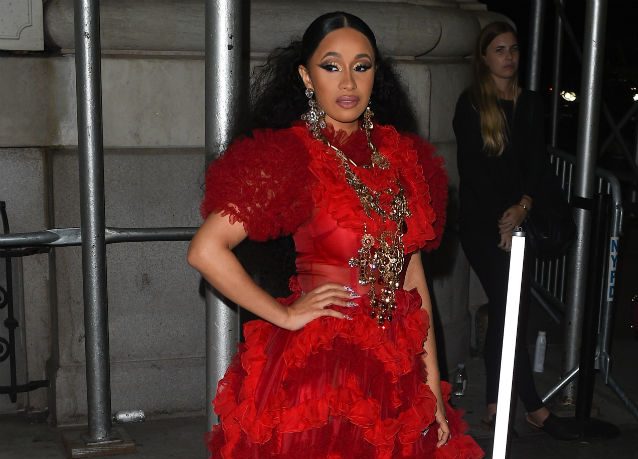 Cardi B was the big winner at the BET Hip Hop Awards in Miami Beach on Tuesday night, Oct. 16, 2018.

The 26-year-old rap star claimed four awards at the annual bash, including MVP of the Year, Best Featured Verse, Made-You-Look Award (Best Hip-Hop Style) and Hustler of the Year.

Cardi’s Best Hip-Hop Style success came in the face of competition from Nicki Minaj, who was also among the nominees and is involved in an ongoing beef with the outspoken rap star.

Cardi also performed the tracks “Get Up 10” and “Backin’ It Up” at the awards show.

Elsewhere during the night, some more of hip-hop’s biggest names were also recognized, with rapper-turned-actor Childish Gambino winning the Best Hip-Hop Video gong for his eye-catching “This Is America” video.

The 35-year-old star’s cryptic video won the award ahead of Drake’s “God’s Plan,” Kendrick Lamar’s “Loyalty” and Cardi’s “ I Like It” video.

However, Drake was named the winner of the Hot Ticket Performer award, seeing off competition from Cardi and Kendrick in the process. Kendrick, 31, was named as BET’s Lyricist of the Year ahead of Travis Scott, J Cole, Drake and Childish Gambino.

Meanwhile, The Carters, who are Beyonce and Jay-Z, won Single of the Year for “Apes—t” and Album of the Year for Everything Is Love, while they were also named the Best Collabo, Duo or Group.

Other notable winners on the night included XXXTentacion, who was named the Best New Hip-Hop Artist, and Pharrell Williams, who won the Producer of the Year accolade.

Lyricist of the Year:
Kendrick Lamar

DJ of the Year:
DJ Khaled

Producer of the Year:
Pharrell Williams

MVP of the Year:
Cardi B

Single of the Year:
“Apes—t”- The Carters

Hustler of the Year:
Cardi B:

Album of the Year:
The Carters – Everything Is Love