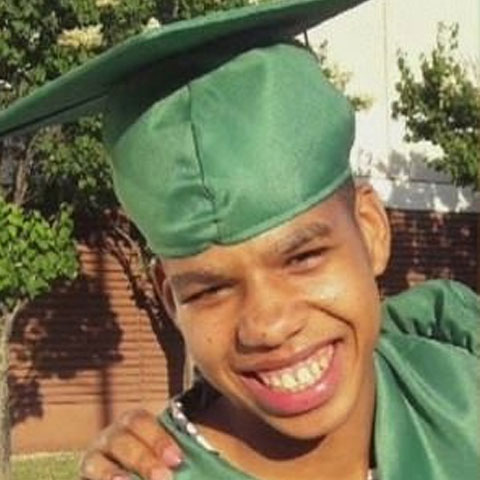 Autistic teen Ricardo Hayes, was shot by an off duty Chicago cop who was in civilian clothes frriding in his personal car (Image Source: Family Handout)

Back in August 2017, autistic teen Ricardo “Ricky” Hayes, then 18, wandered away from his caretaker’s home. His guardians called 911 to report the teen missing but within hours Hayes almost lost his life to an off-duty Chicago cop. Now a newly released video shows a disturbing scene and raises questions about why the officer shot Hayes.

According to Hayes’ attorney, his client has special needs and was skipping and singing as he walked around the neighborhood. At some point, Chicago Police Sgt. Khalil Muhammad, who was off-duty and wearing civilian clothes, spotted the teen and began following him in his personal car. Hayes stops on the sidewalk as Muhammad begins to question him. When Hayes begins to walk towards him, Muhammad fires two gunshots and Hayes takes off running and injured. Muhammad is seen exiting his vehicle and then chases after Hayes. He catches up to the victim and calls 911.

Hayes survived the shooting with minor injuries to his arm and chest. Later in a tactical response report filed after the shooting, Muhammad wrote that Hayes “displayed a dark object perceived to be a gun.”

However, Hayes was unarmed and committing no crime when he was shot. Muhammad also noted in his report that it was being filed under duress, under fear of losing his job if he disobeyed a direct order to complete the report. Muhammad was suspended of police powers and has been on paid administrative leave since the shooting.

The video released by police can be seen by clicking here.