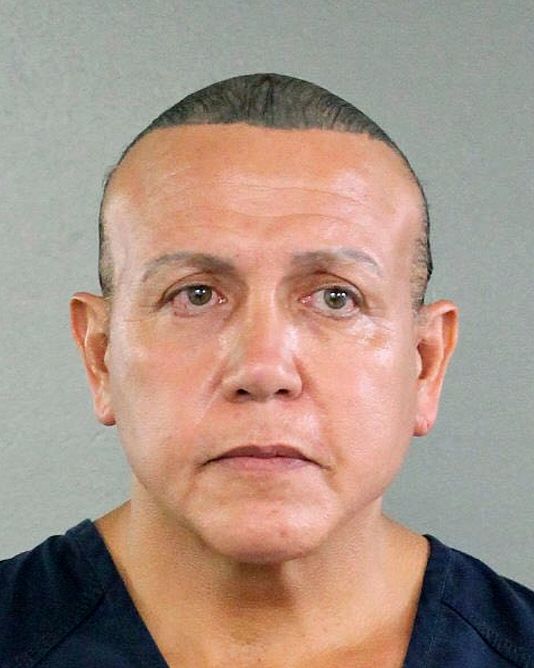 An alleged supporter of President Donald Trump has been arrested for sending bombs to prominent Democratic figures. On Oct. 26, the FBI arrested Cesar Sayoc Jr., 56, of Hollywood, Florida, apprehended at a location in Plantation near Broward Boulevard and State Road 441. Sayoc is the primary suspect in the sending of 12 packages containing pipe bombs, according to the Miami New Times.

Sayoc appeared to be a dedicated supporter of Trump after his white van was discovered at an Auto Zone store in Plantation, Florida, a few miles away from his home. According to Florida voting records, he is a registered Republican. The van’s windows were covered with photos of President Trump and anti-Democrat stickers.

Sayoc was tracked due to DNA evidence. His fingerprints were discovered from the bomb sent to Maxine Waters.

According to police records in Miami-Dade and Broward, Sayoc is a three-time felon who was has been arrested for the sale of steroids and testosterone, grand theft, and threatening to throw a bomb.

Since his initial run for president in June 2015, Trump has fueled his base through racially charged and violent rhetoric.

Trump blasted CNN during the wee hours of the morning on Oct. 26 for blaming him for the bombs that were sent. “Funny how lowly rated CNN, and others, can criticize me at will, even blaming me for the current spate of Bombs and ridiculously comparing this to September 11th and the Oklahoma City bombing, yet when I criticize them they go wild and scream, ‘it’s just not Presidential!’ ” he tweeted.