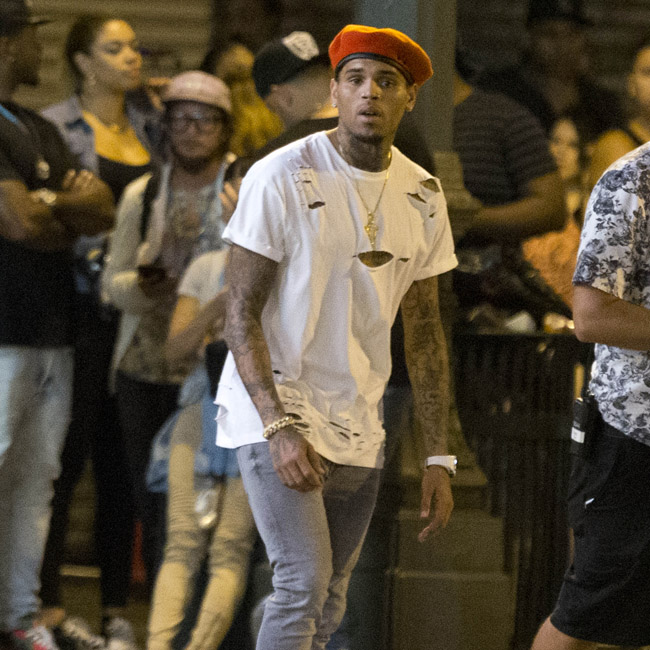 Chris Brown is free to leave France after being released from police custody. He and two other men, including his bodyguard, were arrested in Paris on Monday after a 24-year-old woman made an allegation of rape. Even though he’s been given the all-clear to return to the U.S., the investigation is not over.

The prosecutor’s office told TMZ: “The investigations, which are not closed at this stage, will continue under the authority of the Paris prosecutor’s office.” The prosecutors confirmed the 29-year-old star is free to leave France, having been released from custody on his own recognizance, without bail. The two other men who were arrested have also been let go.

The official announcement comes after Brown took to Instagram to protest his innocence against the allegations. Brown — who has 4-year-old daughter Royalty from a past relationship — shared a photo on Instagram which read “This B!tch Lyin’ ” and added the caption: “I WANNA MAKE IT PERFECTLY CLEAR…… THIS IS FALSE AND A WHOLE LOT OF CAP!  “NNNNNNNNEEEEEEEEEEVVVVVVVVVVEEEEEERRRRRR!!!!!! FOR MY DAUGHTER AND MY FAMILY THIS IS SO DISPRESPECTFUL AND IS AGAINST MY CHARACTER AND MORALS!!!!!(sic)”

The alleged victim has claimed she was attacked in Brown’s suite at the five-star Mandarin Oriental hotel on Jan. 15, 2019. In her police statement, which was obtained by French magazine Closer, she claims she met the singer — who has been accompanied on his France trip by girlfriend Ammika Harris — at Le Crystal club, near Les Champs-Élysées, and went with him back to the hotel, after she and a friend were both invited there by Brown and the other two men. She then claims she was separated from her friend and ended up alone with the singer, which is when the alleged crime took place.

According to reports, Brown and the other three men were arrested at his hotel and have been co-operating with their lawyers.