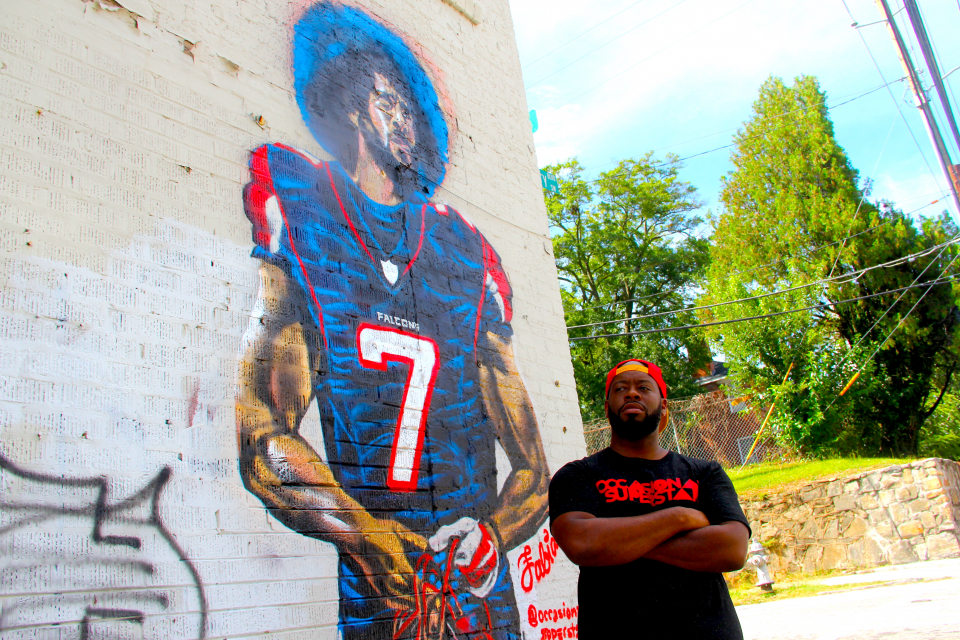 Two days before Super Bowl LIII, a prominent mural of Colin Kaepernick was torn down in Atlanta. The mural, which was located on a building that stood across the street from Morehouse College, featured Kaepernick in an Atlanta Falcons uniform.

But on the afternoon of Friday, Feb. 1, 2019, the entire building was destroyed.

Created by artist Fabian Williams in 2017, the mural became somewhat of a landmark in Atlanta. People from across the nation would visit the mural to take photos in front of it. 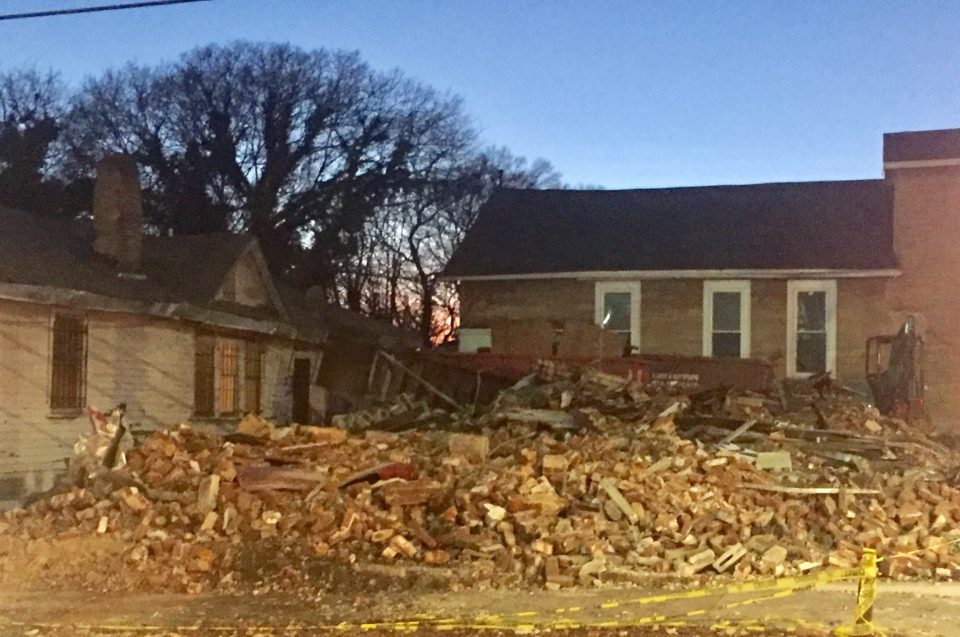 “I call this mural Kaeplanta,” Williams told rolling out in June 2017. “I’ve been following his protest since last year. And seeing that he was being shut out by the teams in the NFL, I decided to do a piece with him being in an Atlanta Falcons uniform. I believe what he stands for aligns with the city’s history and legacy.”

Williams also said, “A lot of the freedoms that we enjoy today is because of the men and women in Atlanta who sacrificed for us. Kaepernick is this generation’s version of that. We should make a space for him. Whether he wins a Super Bowl or not is irrelevant to me. I’m concerned with what he can bring with his sacrifice on and off the field.”

A fire occurred inside the building six months ago, however, the mural wall remained intact.

According to the Atlanta Journal-Constitution, the owner of the building has yet to reveal why the building was destroyed.

The first day of @atlsuperbowl53 weekend and the #kaeplanta (1st potrait of @kaepernick7), #WakandaAli (portrait of Muhammad Ali as T’challa) mural and building it was on are completely demolished as of this morning. I found out as I’m going to do an interview with @npr about another mural on Fair St at @marddys down the block. Think about that. The way they kick off the celebration if the @NFL most watched event, they tear down the building with their most talked about professional athlete without a job, Colin Kaepernick. What did he kneel for? Inequality. Human rights. That’s the symbol that they just demolished during their celebration. Timing is important and it’s a message. #Atlanta #civilrights #kaepernick #BlackPanther #tchallaAli