Outrage over Blacks who dared to exercise this vote, was intense across the state by die-hard racists. But it was in the town of Monroe, Georgia, 60 miles from downtown Atlanta, that blood was spilled in a case that shocked the nation all the way to the oval office and the desk of President Harry Truman. It was a late summer evening on July 25, 1946, when Roger Malcom, his 7-months pregnant wife Dorothy Malcom, and their friends, George W. Dorsey and his wife Mae Murray Dorsey, were pulled from a car at Moore’s Ford Bridge. These innocent people were tied to a tree and shot over 60 times by a crowd of racists.

When the gun smoke cleared, Dorothy Malcom’s belly was cut open and the unborn child removed. Afterward, a police car flying the Confederate flag was parked at the scene. According to former Georgia State Rep. Tyrone Brooks, “A Confederate flag was flown at the crime scene next to a Walton County Sheriff’s squad car. This was to show people that this was a Ku Klux Klan killing and law enforcement was involved.” 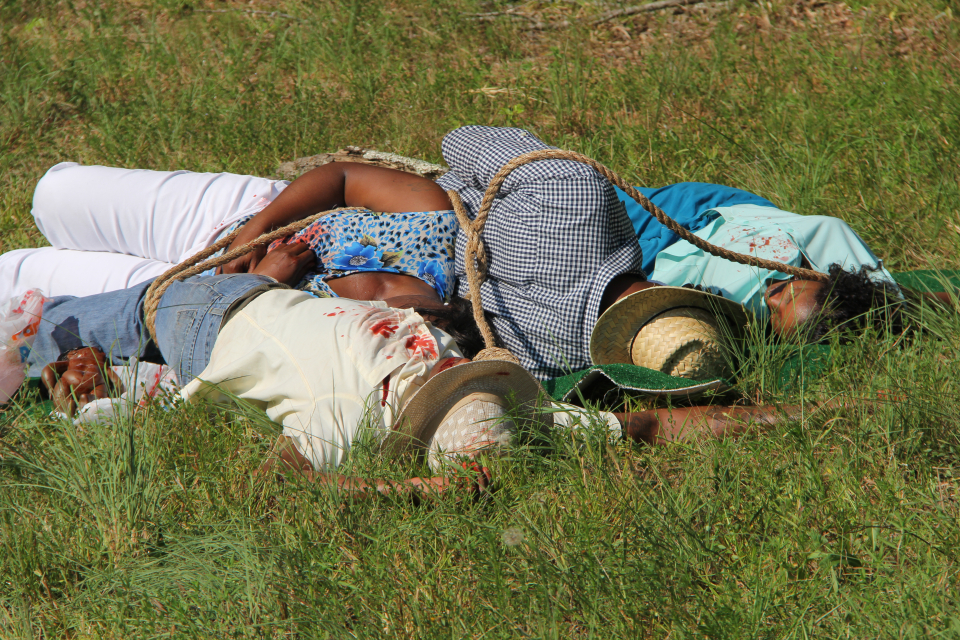 In response to the lynching, President Truman created the President’s Commission on Civil Rights and ordered the FBI to investigate. Grand jury testimony was heard and witnesses called to testify, and members of the lynch mob were known by name. However, the grand jury was “unable to establish the identity of any persons guilty of violating the civil rights statute of the United States.”

The killers of the Malcoms and Dorseys were never brought to justice and the secret grand jury testimony was sealed. Now almost 70 years later, the grand jury testimony from that investigation is set to be released to the public. That testimony was thought to be lost forever, until historian Anthony Pitch came across the records in the National Archives. According to the AJC, Pitch, who was writing a book on the case, appealed to have the documents released by the federal government in 2017. A federal judge agreed that the testimony should be released until the Justice Department, under the leadership of former AG Jeff Sessions opposed the move. Even though the case was almost 70 years old, it was argued by the Justice Department that grand jury proceedings are secret and should always remain so.

The fight for the release of these documents continued and the three-judge panel of the 11th Circuit U.S. Court of Appeals, heard oral arguments in October 2018. On Monday, February 10, 2019, the panel of judges reached a decision that the testimony of that grand jury could be released. It was a victory for the descendants of the Malcolms and the Dorseys, but the fight may not be over. According to the AJC, DOJ lawyers under the leadership of acting AG Matt Whittaker, can and may appeal this decision to the US Supreme Court.

To read more about the last known mass lynching in Georgia follow the link below: