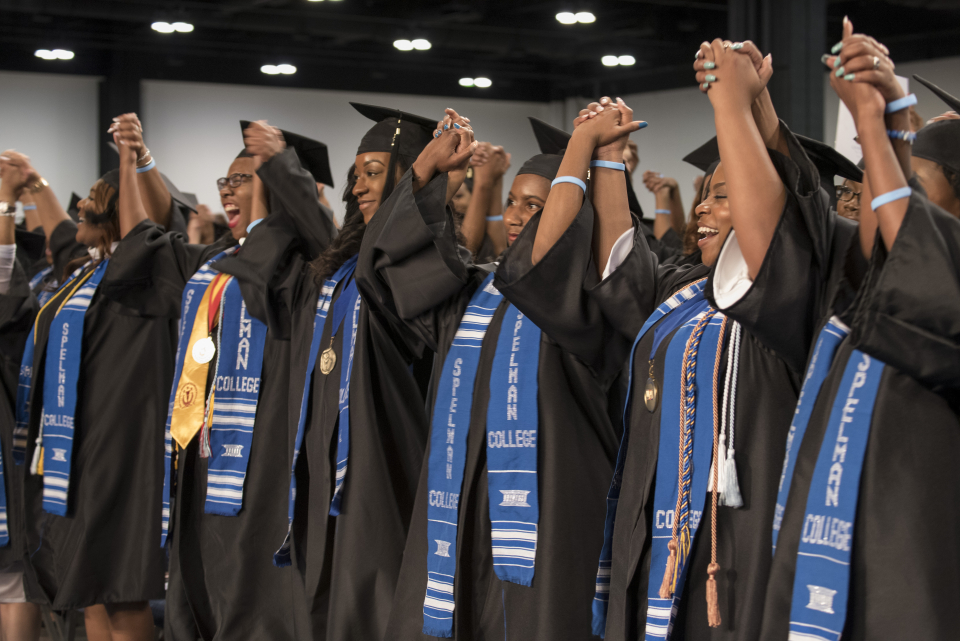 Over the past four years students of Morehouse College, Spelman College, and Clark-Atlanta University have labored for educational and personal development in pursuit of their degrees. But this year the upcoming commencement and baccalaureate ceremonies at these Atlanta HBCUs have been targeted for a hateful protest by the religious hate group known as the Westboro Baptist Church.

The Westboro Baptist Church (WBC) has been protesting the combat deaths of US military personnel, members of the LGBT community and even innocent victims of tragedies over the past decade. Members of the church carry large signs that condemn those attending funerals or memorial services for supporting, in their view, an immoral lifestyle that goes against the word of God. Now, Black parents who will be traveling from across the country and in some cases, across the globe, will hear hatred directed against their children and the institutions that bestowed their degrees.

A press release on the group’s website announces the dates and times for each protest and encourages all members and supporters to “Preach the gospel of Jesus Christ” at the events. Each school is targeted for a specific reason by the hate group:

Spelman College is targeted because of its commitment to diversity and support of progressive feminist organizations. In response, the WBC posted “More evidence does not seem necessary to demonstrate that this college is being grandly paid to produce perverts who aggressively strive to push others toward proud sin and down the path to hell. Repent!”

Morehouse College is targeted for its recent change in the admissions policy. The WBC posts: “Morehouse, founded by Baptists, announced in April 2019, that for 135 years only male students could enroll, but starting in 2020, females, who pretend that they are males, will be welcome…DNA don’t lie, bro! Their graduate, Martin Luther King, Jr., had a dream. WBC has reminded you for nearly 30 years on America’s streets, that there were no sodomites in King’s dream. The land is occupied by “filthy dreamers.”

Clark Atlanta University has been targeted for its choice of  Dr. Ken Walden, President-Dean Gammon Theological Seminary, to deliver the prayer and worship portion of the ceremony. In a vicious personal attack, WBC calls Walden a “false prophet, man-pleaser and a whorish, lying pastor.”

All of the events for the students in the AUC will be secured with tickets and public safety officers. At this time there has been no official statement from the institutions or the Atlanta Police Department on the Westboro Baptist Church threat of demonstrations. The WBC is listed as an extremist hate group by the Southern Poverty Law Center and its activities are monitored by the FBI.