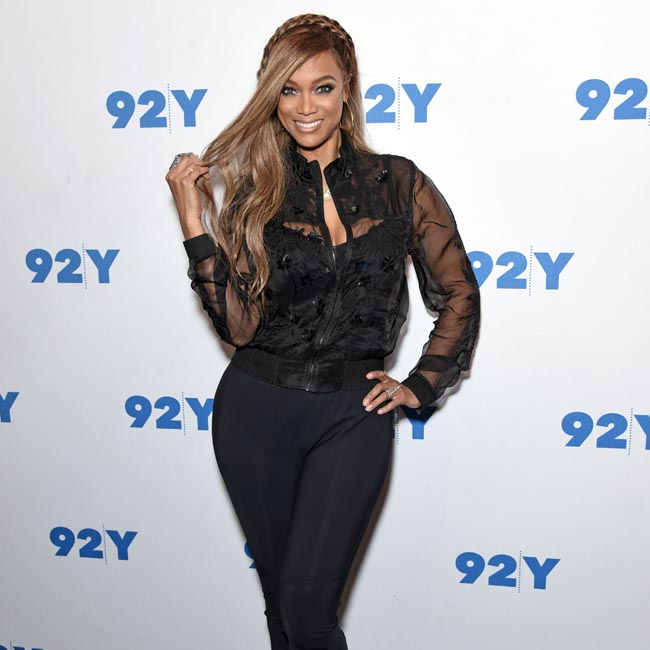 Tyra Banks appears at the 92Y, NYC in 2018 with her mother Carolyn London to promote their book, Perfect Is Boring: 10 Things My Crazy, Fierce Mama Taught Me About Beauty, Booty, and Being a Boss (Photo credit: Derek Storm / Splash News)

Tyra Banks says her past feud with Naomi Campbell was not a rivalry because they were never equals.

The 45-year-old entrepreneur was pitted against the 49-year-old supermodel early in her modeling career, and Banks believes that Campbell was wary of her because there were not many opportunities for Black women at the time.

She explained to The Wall Street Journal: “It wasn’t a rivalry, and I’m very sensitive to that word because a rivalry is with two equals to me, whereas one was very dominant.

“She was a supermodel and I was just some new girl that got on a plane from Paris, and was studying fashion in magazines at a fashion library.”

While Banks found the feud tough at the time, she admitted that, with hindsight, she can see why Campbell acted the way she did.

She explained: “I had very painful early days in Paris. As much as I was booking every single fashion show, people didn’t know I was going home at night crying my eyes out because a woman that I was looking up to seemed like she just didn’t want me to be there, and was doing everything in her power to make me go away.

“And I didn’t understand that as a young girl. Like why is she doing this? This is so evil! This is so awful. The adult me understands that she was reacting to an industry that was all about a token.

“But when I came on the scene — Naomi, look out! There’s a Black girl that’s going to take your spot…Only one spot available.”

In 2005, Banks invited Campbell on to her talk show, “The Tyra Banks Show,” where the pair discussed their relationship.