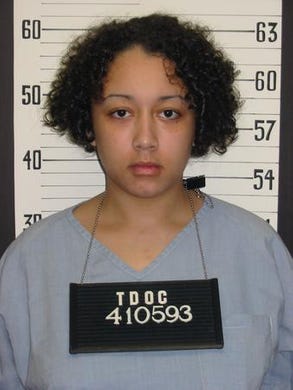 Cyntoia Brown, the former teen sex slave who killed a client and was subsequently sentenced to life in prison, will finally be released from Tennessee Prison for Women next week.

Brown’s case became a cause célèbre as a mentally, physically and sexually tortured 16-year-old was inexplicably tried as an adult and ordered to serve at least 51 years in prison by the Tennessee Supreme Court.

Now 31 years old, Brown has spent nearly half her life behind bars despite being forced into prostitution by her pimp called “Cut Throat” before taking an abusive john’s life in self defense. She said she thought her life was in danger when she shot and killed 43-year-old Nashville real estate agent Johnny Allen who’d purchased Brown for $150 in exchange for sex. Brown said she feared Allen was going to kill her, according to USA Today.

As rolling out reported previously, Brown was not allowed to testify during her trial. She was tried as an adult and convicted of first-degree murder, first-degree felony murder and aggravated robbery. She was told she would have to serve concurrent life sentences plus eight years.

But Brown’s case galvanized the nation and attracted the support of many celebrities who campaigned for her release, including pop star Rihanna and reality TV maven Kim Kardashian.

did we somehow change the definition of #JUSTICE along the way?? cause….. Something is horribly wrong when the system enables these rapists and the victim is thrown away for life! To each of you responsible for this child's sentence I hope to God you don't have children, because this could be your daughter being punished for punishing already! #FREECYNTOIABROWN #HowManyMore

After fervent and incessant campaigning for Brown’s release by celebs, journalists, filmmakers, clergy and members of the Tennessee legislature, former Governor Bill Haslam granted her clemency before leaving office eight months ago.

Since she has been in prison, Brown has transformed her life from a traumatized and abused teen victim who became a pimp’s slave, to become a confident and contributing survivor. Brown attained her GED and her associate’s degree from Lipscomb University in 2015 and, according to The Tennessean, earned a bachelor’s degree in the Tennessee Prison for Women in May.

Brown also worked with the Tennessee’s Juvenile Justice System to counsel at-risk youth. She will now be able to continue her work with troubled teens, this time as a free woman.