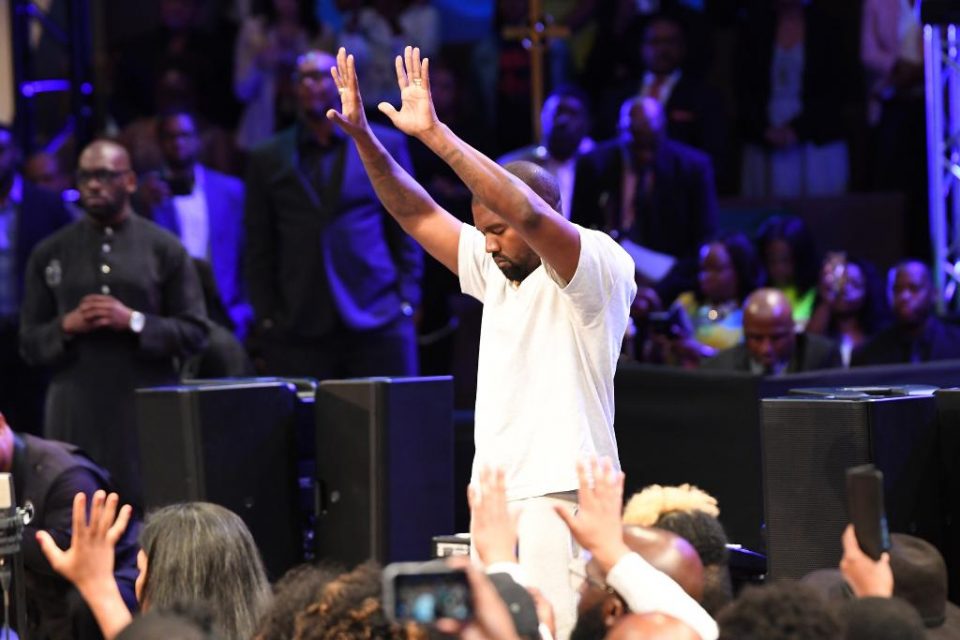 Kanye West walked onto the stage of New Birth Missionary Baptist Church like a man on a mission. Wearing a white t-shirt, jogging pants, and unreleased Yeezy sneakers, he remained stoic, never smiling or breaking his stride as 10,000 members of the congregation cheered him on at the church located in Lithonia, Georgia, a suburb of Atlanta.

For the first time since starting “Sunday Service” in the winter of 2018, Kanye and his traveling choir made it to the south. Atlanta has a special meaning to Kanye being that he was born at Grady Hospital and his parents met at Clark-Atlanta University during the 1970s.

Kanye’s return to Atlanta for “Sunday Service” proved to be a major attraction in a city that has become the main attraction in terms of Black entertainment and culture. T.I., Jermaine Dupri, 2 Chainz, Killer Mike, Nelly, and Chris Tucker were all in attendance on Sunday. Even in the midst of questionable actions, he remains an important figure in the Black community.

Kanye may finally understand his overall power and impact and is seeking a way to save himself from himself. Click here to continue