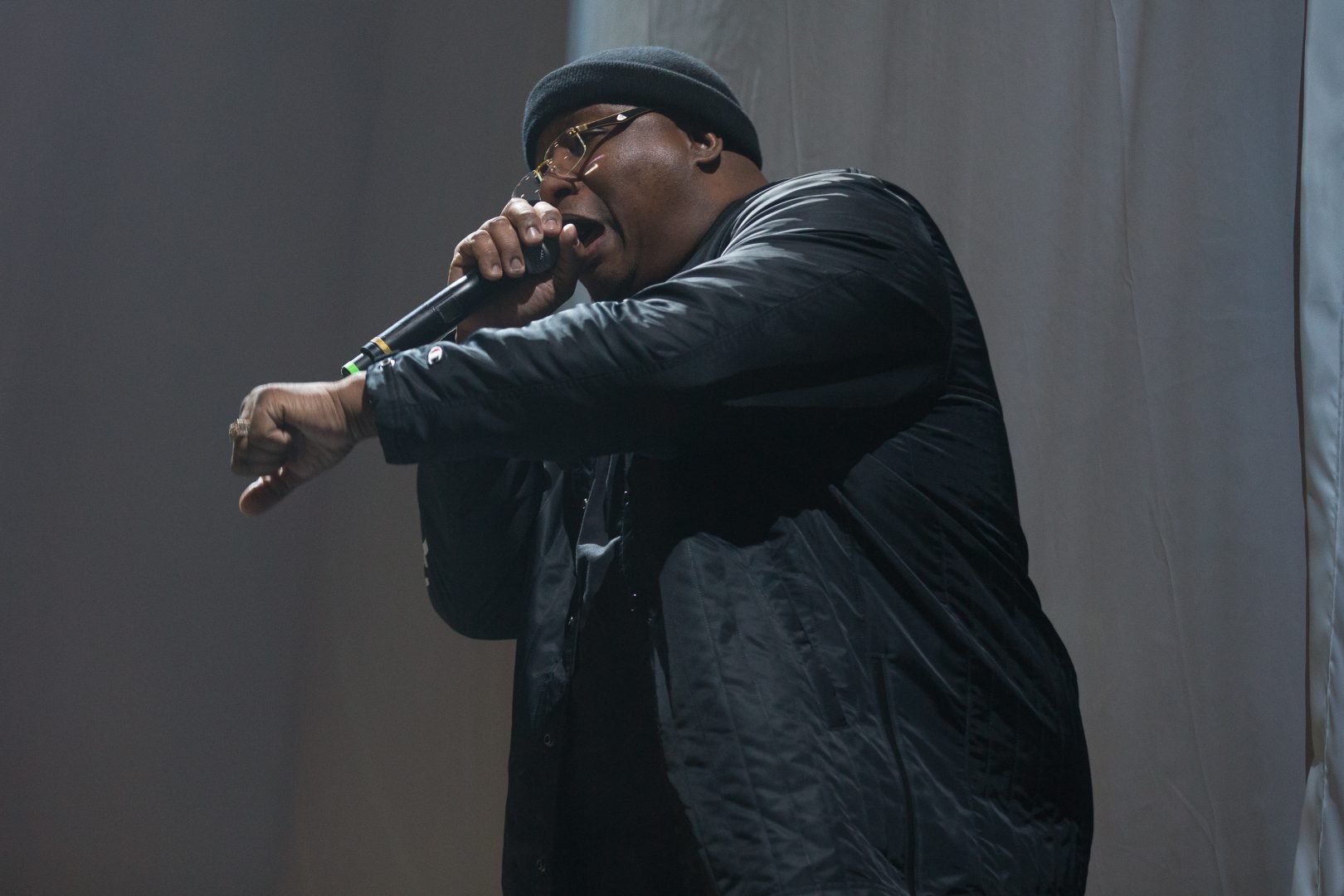 The Underground Atlanta was once among the most high energy sources of nightlife in the city, boasting a variety of hot spots to revel in with eateries to quell liquor induced appetites. On Thursday, Oct. 10, the massive and historic landmark was on display in all its spendor, as the hip-hop Ambassador of the Bay Area, E-40, headlined an A3C Festival concert that drew fans, peers and pundits in one fell swoop.

While the drive and walk into Kenny’s Alley was void of unwanted and uncontrollable crowds, the atmosphere inside was something of a family reunion for northern California transplants — especially those who purchased same-day tickets.

“I just heard about it today,” said Eric Helm, a local real estate agent originally from San Francisco’s Fillmore District. “I literally bought my ticket six hours ago. If 40 is performing, there’s no debate for me. I’m there.”

Clad in all black and bearing close resemblance to E-40, Sick-Widit Records artist and hype man, Big Omeezy, did his part to warm up a crowd that was chomping at the bit to see the man of the hour. Seconds before the rap pioneer graced the stage, a dated recording of 2pac breathed even more life into the anxious crowd.

“E-40 is what I was when I was with Digital Undergound,” the recording played. “He is the Bay Area.”