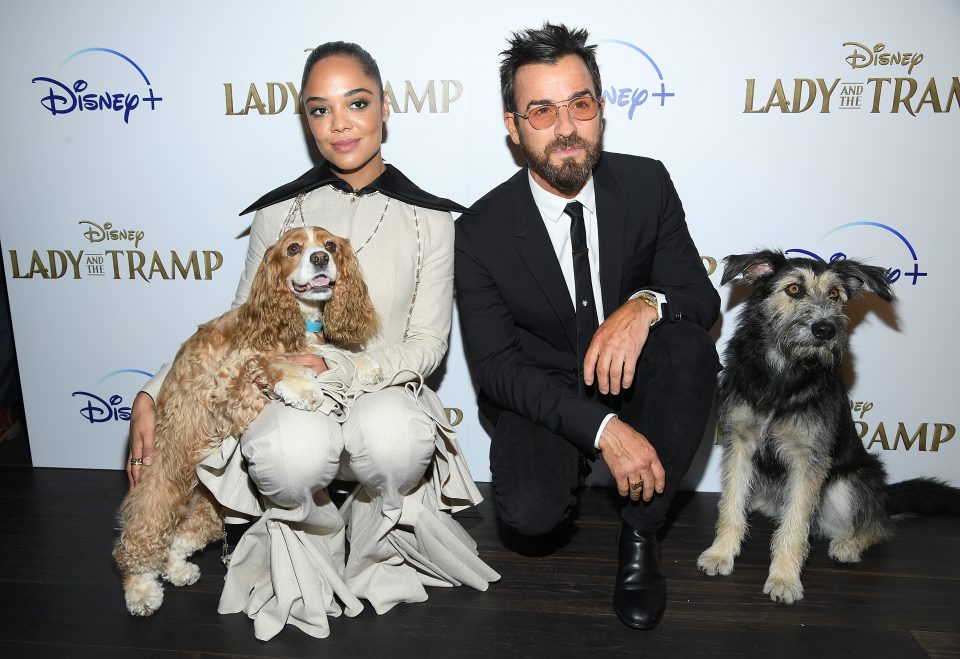 Tessa Thompson and Justin Theroux, pictured here with their four-legged, on-screen characters and co-stars Rose and Monte, at The Cinema Society’s special screening of Disney+’s Lady And The Tramp at iPic Theater in New York City on Oct. 22, 2019. (Photo by Dimitrios Kambouris/Getty Images for Disney+)

Tessa Thompson attended a screening of Lady And The Tramp with some furry friends.

The event, hosted by The Cinema Society, featured the film’s stars with representatives from North Shore Animal League America, a 75-year-old no-kill rescue and adoption organization based in Port Washington, New York.

Thompson has been enjoying a successful 2019 with three major films at the box office. In addition to lending her voice to the Disney classic as “Lady,” she appeared in Men in Black: International and Avengers: Endgame, not to mention appearances in TV series “Westworld” and the made-for-TV film Between Two Ferns: The Movie.

In 2020, Thompson will portray the first LGBTQ Marvel film character in Thor: Love and Thunder. Picking up in the aftermath of Avengers: Endgame, Valkyrie (Thompson) will assume the role of the ruler of New Asgard.

Posted in Movies and tagged Disney, Lady and the Tramp, LGBTQ, tessa thompson