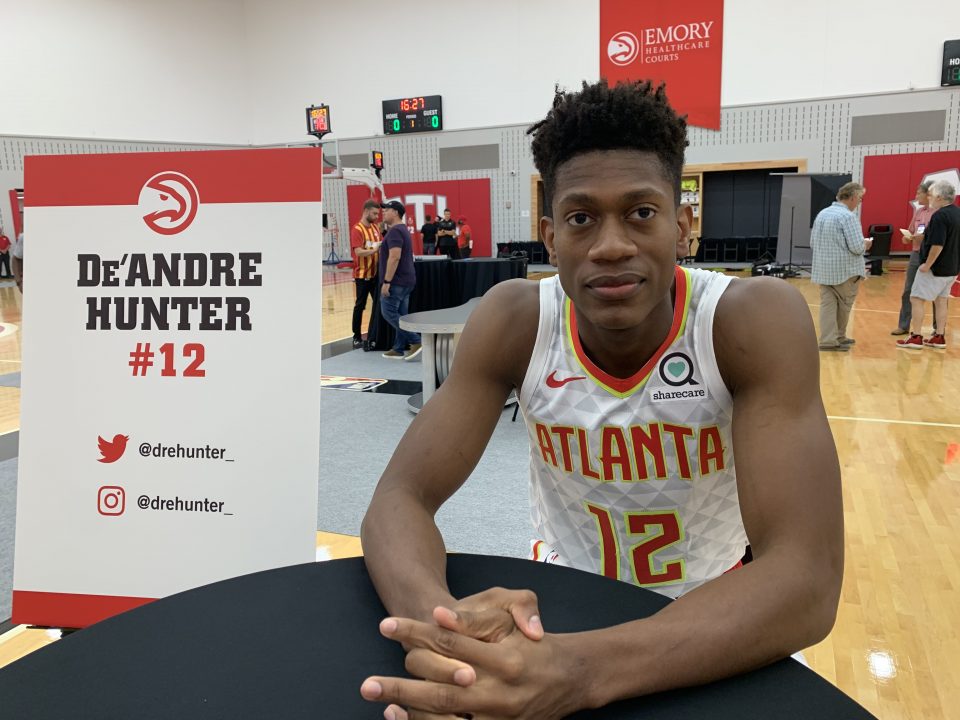 All eyes are going to be on NBA rookie De’Andre Hunter of the Atlanta Hawks this season to see if he will live up to the hype surrounding him.

During an interview with rolling out, Hunter discussed getting acclimated to the Hawks organization, his expectations for the upcoming season, and what he does for fun when he is not on the court.

“[I’m] still getting to know the guys …” Hunter said. “You can’t learn someone in a month. But we’re all pretty cool, we all get along, we all talk off the court. So, I feel like we’re building that good relationship that can help us on the court.”

The first round, fourth draft pick is coming to Atlanta from National NCAA champions, the Virginia Cavaliers and joining a Hawks team that had a 29-53 record last year. The Hawks had the fourth-worst record in the Eastern Conference. The promising rookie is looking to gel with his teammates and turn the team around in the upcoming season.

“I haven’t thought about personal goals yet,” the rookie said, “But to gain as many minutes as possible. That’s the biggest thing for me as of right now.”

Most rookies want to win Rookie of the Year or play in the All-Star game. Hunter wants to get as much playing time as he can during his first year and enjoy his other favorite pastime in his spare time.

“I love cartoons,” Hunter said. “My favorite is ‘SpongeBob.’ So, that’s what I like to do when I’m not playing basketball.”

The small forward shared that some of his favorite “SpongeBob Squarepants” episodes include the Krusty Krab pizza delivery experience and the show where SpongeBob and Patrick sell chocolate bars. Whenever the rookie is not on the court, you can find him watching adventures of the iconic yellow square sponge.

The Philadelphia native is expected to be a significant force in the NBA. And with the veteran, Vince Carter and superstar Trae Young by his side, De’Andre Hunter and the Atlanta Hawks will be one of the teams to keep an eye on throughout the upcoming 2019-2020 NBA season.